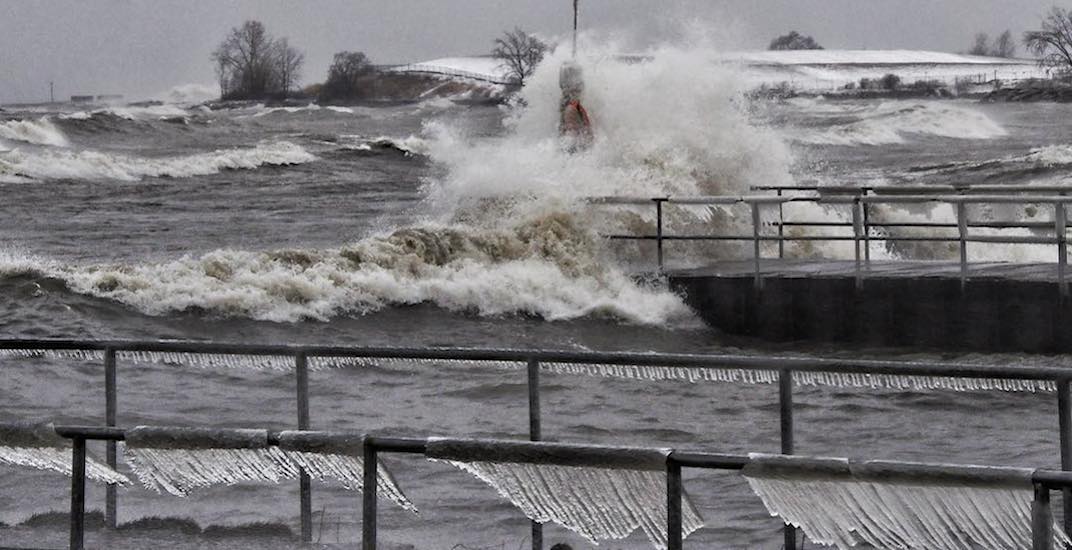 While this weekend’s powerful ice storm may have caused absolute chaos in the Greater Toronto Area and southern Ontario, it resulted in some pretty epic sights along Lake Ontario.

The storm caused extremely high winds, which reached speeds of up to 100 km/hr, causing massive swells and nasty white caps that crashed along Lake Ontario.

And luckily a few brave souls ventured out into the storm to capture it in action.

The waves at Spencer Smith Park are as big as I’ve ever seen them. Just wow. Fall in here and you will not survive. @weathernetwork @georgekourounis #onstorm pic.twitter.com/vmSiELPqrr

Nasty along the shores of Lake Ontario in Etobicoke
Ive been out in some pretty nasty weather to catch and share natures wrath
Today was one of the worst yet pic.twitter.com/64EJLhgVDu