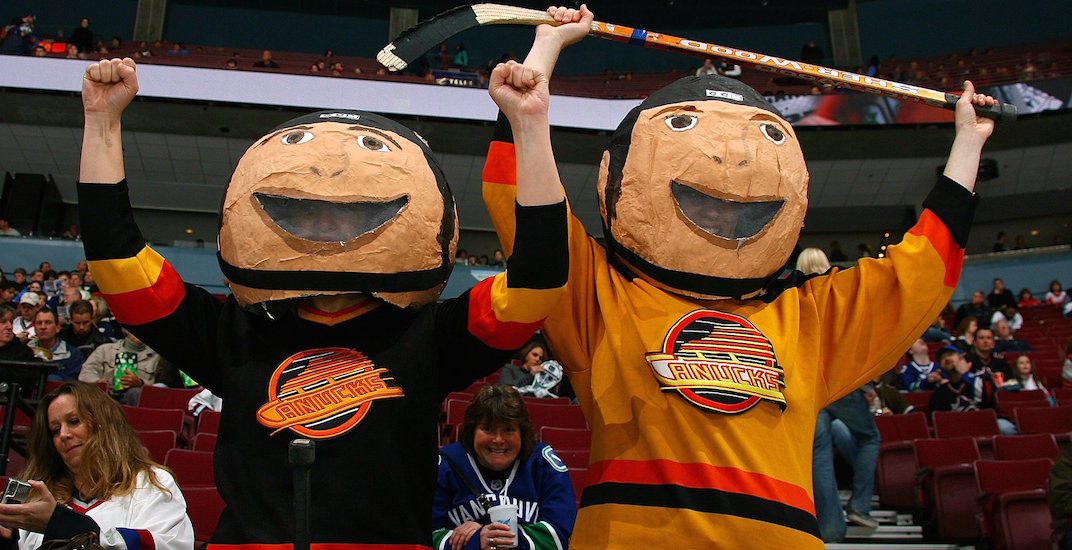 Welcome to the second edition of a new regular feature on Daily Hive, the SixPack!

Borrowing the name from our former post-game report, the SixPack is the place to get all the hot takes you know and love from Omar on the Vancouver Canucks.

I’m well aware you were done with this about five days ago, but Elliotte Friedman was in Vancouver on Monday so it had to come up again.

No promises, but after this you won’t hear about it for a while. We’ll do our best.

1. Why nasty is good

“The way it’s going there in Vancouver, it just seems so edgy and so nasty every day, that it just affects the way things get done there,” said Friedman in his now famous interview on Sportsnet 650 last week.

Does Vancouver really have the “nastiest” group of media and fans in the league?

Let’s be clear: most of the backlash Elliotte Friedman felt last week was not because he ranked Vancouver highest in terms of nastiness – many actually enjoyed having that distinction – it was the suggestion that players might not come here and perhaps the team has never won because of it.

Now, regarding the “nastiness” tag Vancouver’s become famous for, to me the word choice was wrong.

Really, what you’re seeing in this city is a critical group of fans and media, and I mean that in the best sense of the word: fans look at every move the team makes with a critical eye.

The reason they’re able to do that? They’re as woke as it gets.

Put another way: Canucks fans, for the most part, are no suckers.

After thinking for a week about why Friedman (and others who agreed with him) called Vancouver out for being so harsh, I’m pretty sure I’ve broken the code.

You see, this is the result of combining one of the smarter fan bases in the league with one of the NHL’s least progressive management groups.

If you’re wondering why I’m giving Canucks fans that sort of credit, we had a strong reminder of the city’s hockey prowess at the Vancouver Hockey Analytics Conference (VanHAC) this past weekend.

To the tuned-in Canucks fan, “Sham Sharron” and “How to Build a Contender” are names you know well. Those are two of the more famous article series Canucks Army has produced, and they left a lasting mark.

See, while Canucks fans knew their team had a shoddy history at the draft, in the Sham Sharron series, Rhys Jessop went through Vancouver’s history showing that a summer intern who selected players out of the CHL only based only on points would have outperformed Vancouver’s scouts over a 13-year span.

And in the How to Build a Contender series, Cam Lawrence laid out an entire blueprint on what it takes to build a Stanley Cup winning team in today’s NHL (Note: the Canucks aren’t following it very closely).

Both Jessop and Lawrence were hired by NHL teams because of their work on Canucks Army, as were Cam Charron, Thomas Drance, Josh Weissbock, and Dimitri Filipovic. And with Canucks fans consuming the quality content they and their successors have produced on the regular, they’ve become a hard bunch to deceive.

The result of all this: every time the Canucks make so much as a call up from the minors, you receive instant analysis based on much more than one person’s opinion.

The GM tells you how happy he is to have traded a rookie centre and a draft pick for a big, burly defenceman? The bloggers have already dug into his numbers and discovered he’s never performed up to his draft ranking.

The team signs one of the biggest free agents on the market in the summer – a player who’s scored 30 goals twice in his career before? They warned against it before he was signed, telling you he’s past his prime according to the statistical aging curve, and he had an unsustainably high shooting percentage those two seasons.

Canucks Army has a radio show and their writers are in the Athletic and on TV between intermissions – they’re a massive presence, and smart fans are learning from them.

In short, Vancouver’s one of the toughest markets to satisfy.

And do they get “nasty” when the team does things that are not only short-sighted, but have been written about and advised against ad nauseum for years?

Now you know why.

Friedman appeared on Sportsnet 650 Monday evening for the first time since lit the fuse last week and he had some things to say:

“Me joking about Angry Canucks Twitter has become a running joke both on this show and on Hockey Night in Canada. I always meant it as a fun thing, and it just turned the other way.

“Maybe it was because it was so close to the trade deadline. I’m not going to joke about that anymore. If people really don’t like that – I thought it was always in fun, I saw people tweet it at me from Vancouver, they liked that it was in fun … it was always a joke between a lot of us…

“If it’s that serious to people then we can put that to bed.”

Nice of him to apologize but his take on why Vancouver didn’t like what he said… really?

As I wrote earlier, Vancouverites didn’t mind being called nasty or anything else. Many of them revelled in it.

Saying players won’t come here and management can’t perform under these conditions? That was the tipping point.

Don’t take away Angry Canucks Twitter, though. We worked hard for that.

He had a couple good lines.

First, his reception in Vancouver:

“I was at our hotel which I’m not going to name for obvious reasons, but I got into a cab and it was a really nice cab driver named Gurvinder, and he looked at me and said, ‘Oh it’s you. You started something last week.'”

Second, the backlash from Edmonton:

“The funniest thing was I had a bunch of tweeters from Edmonton upset that I thought Vancouver was worse than they were on social media.”

Not sure about “worse on social media” but a few Oilers fans did show they might be the dumbest in Canada when they heckled McDavid the other night, blamed him for what the team’s going through, and suggested they might need to trade him.

Quick reminder Oilers fans: if your entire city, including management, hadn’t blamed the one player who consistently put up points through all those tanking years, you might have two league-MVP candidates on your roster right now.

OK, maybe not, but he’s definitely been a fun addition to the team so far. He showed he could be both a playmaker and scorer against the Islanders Monday night.

And check out his speed and the pass to Jake on this one:

Live shot of Benning after Leipsic scored the overtime goal:

Ending this on a lighter note, Friedman mentioned that some buddies sent him the following two gifs, which he thoroughly enjoyed.

I’m #positive this is how Loui Eriksson really broke his ribs #Canucks pic.twitter.com/V8BmXRYSV2

See? Vancouver can take a joke.