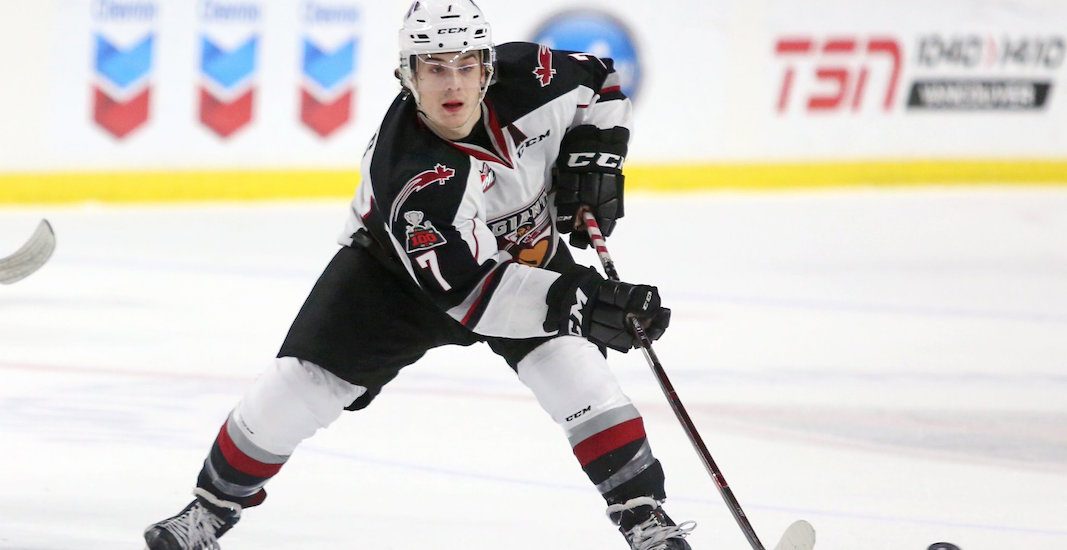 I am no draft expert, but I've seen Ty Ronning enough to know that I hope the Canucks get him today.

That was the general feeling among diehard Canucks fans that hung on until the end of the 2016 NHL Draft.

The player they wanted? Ty Ronning.

A Burnaby boy playing with the Vancouver Giants, he had 59 points in 67 games in his draft year. Oh, and his dad Cliff is a Canucks legend.

But like his dad, Ty is not blessed with size. Standing at just 5-foot-9, Ronning slid to the seventh and final round of the draft because of it.

The Canucks, as it turned out, had two seventh round picks.

The Canucks passed on Ty, not once, but twice.

He was eventually drafted by the New York Rangers with 201st pick, and it appears they’re happy with their selection.

Ronning is second in the WHL this season in goals, scoring 55 times. He set a franchise record along the way, becoming the first Giants player to tally 50 goals in a season.

That caught the eye of the New York Rangers, who signed Ty to an entry-level contract on Monday.

“I’m so thankful to my family, friends, teammates, coaches, the Vancouver Giants management and ownership group and the fans for supporting me for the past five seasons,” said Ronning in a media release. “It’s been a lot of hard work, but it’s paying off, and now the real work begins.”

The @NYRangers have signed Giants forward @TyRonning7 to an entry-level contract! Ronning leads the Giants in goals (55) and points (77) and holds the franchise's single-season goal scoring record! Congratulations Ty! You deserve it.

So this begs the question, should the Canucks have drafted him?

Less than a handful of players picked in the seventh round end up as an NHL regulars anyway, so why not, right?

Certainly that sounds like a good idea with the benefit of hindsight.

Instead, the Canucks chose Rodrigo Abols, who was a curious pick at the time, with the 184th selection. The overage Latvian is currently playing for a team in the Swedish second division and likely doesn’t have a future in the NHL.

Ten picks later, Vancouver chose Brett McKenzie, a 6-foot-1 centre from Ontario. He has 41 points in 58 games in the OHL this season.

We’re a long way from being able to call missing out on Ronning a mistake. He still has a lot to prove when he begins matching up against men, though he did score five points (2-3-5) in a 12-game stint with the AHL’s Hartford Wolf Pack late last season.

Cliff was also taken in the seventh round, but wound up scoring 869 points in 1137 NHL games. Will Ty end up like his 5-foot-8 father, or will he settle for a successful career in Europe one day?

If nothing else, it would have been fun to find out.