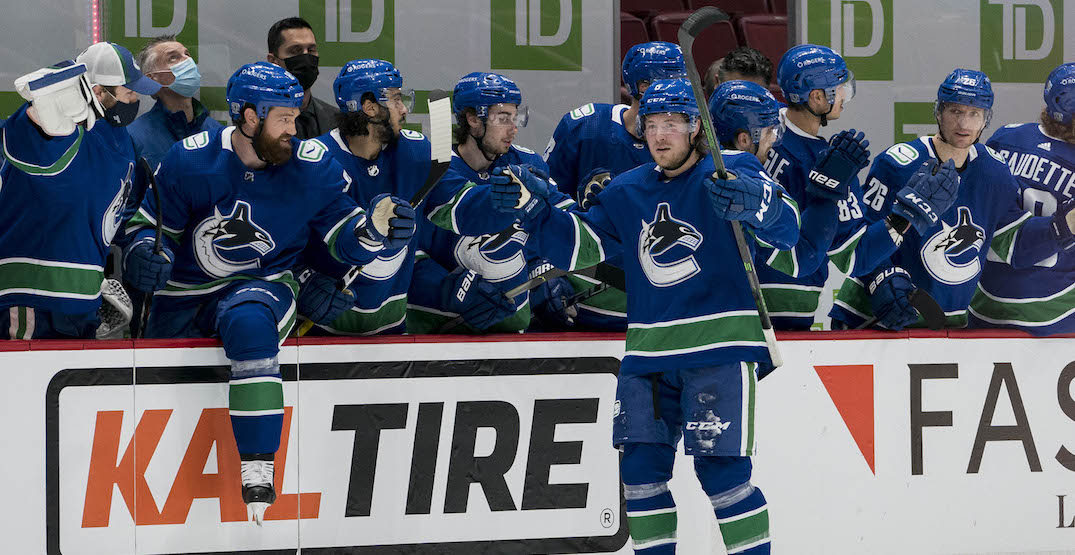 COVID-19 has reportedly spread to more members of the Vancouver Canucks.

The team first learned of Adam Gaudette’s positive test result during practice on Tuesday. The next day, Travis Hamonic and an unnamed coach landed on the NHL’s COVID list.

And now, there are multiple reports that even more players have tested positive.

TSN’s Pierre LeBrun reports that six more players tested positive when the Canucks got their test results back Thursday night.

Players and staff are tested every morning, so that number could grow even larger once test results become available later today. If that’s the case, don’t be surprised if more than the current four games are rescheduled. The Canucks are currently scheduled to return to play on Thursday, April 8.

As I said on SN 650 this morning, a large number of Canucks have tested positive.

“When the league announces the COVID list today, it could be an interesting number in Vancouver. That’s what I’ve been told,” CHEK’s Rick Dhaliwal said on Sportsnet 650 this morning.

Sportsnet’s Dan Murphy suggests the number of players and staff that test positive could be in the “double digits.”

The #Canucks are dealing with additional positive COVID-19 cases among players & staff.

The NHL’s COVID-19 protocol list is updated publicly at around 3 pm every day. Anyone who tests positive will end up on that list, as well as players who are deemed to be close contacts.

The Canucks were in the midst of a six-day break from games when Gaudette first tested positive. The team practiced on Sunday, Tuesday, and Wednesday before operations were halted before Wednesday night’s scheduled game, once additional members of the team tested positive.