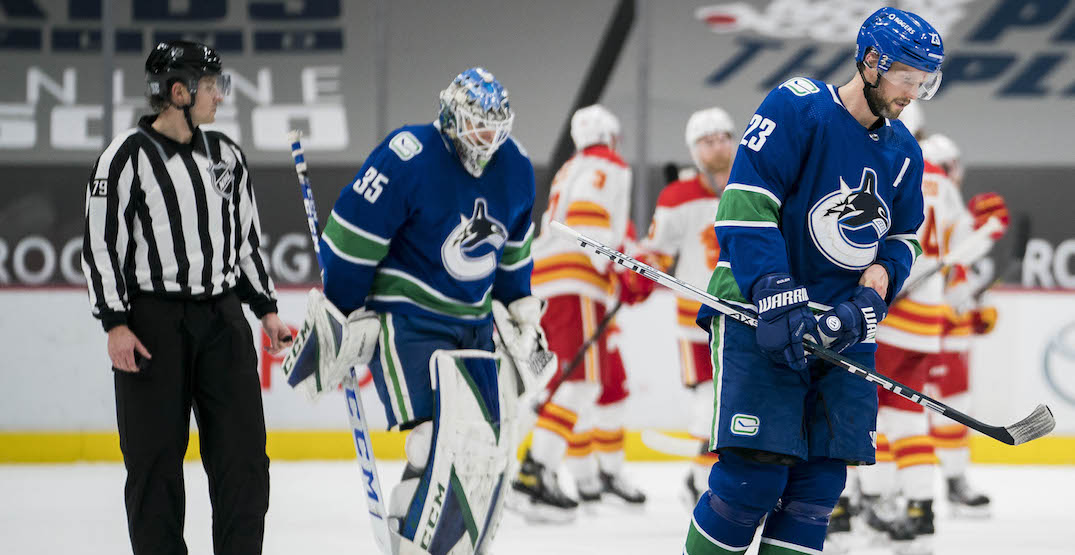 Tonight’s scheduled game at Rogers Arena between the Vancouver Canucks and Calgary Flames has been postponed.

The NHL announced the decision to postpone the game less than two hours before puck drop, as two more members of the Canucks — one player and one coach — have been entered into the league’s COVID-19 protocol. That’s in addition to Adam Gaudette, who tested positive for the virus yesterday.

Tonight’s @NHLFlames at @Canucks game has been postponed. https://t.co/vepmbbLjWr pic.twitter.com/daMOp6TECj

Gaudette was pulled off the ice mid-practice yesterday, but no other Canucks had tested positive as late as this morning, according to head coach Travis Green.

The Canucks practiced as usual this morning, and had every intention of playing tonight, in accordance with NHL protocols. Clearly, something changed since then.

Players are tested every day, with results typically returned within 24 hours, according to Green. Players can be entered into COVID-19 protocol for a number of reasons, including if they are deemed a close contact to someone who has tested positive.

The NHL said the decision was made by the league’s, NHLPA’s, and team’s medical groups, and that it will provide a further update tomorrow.

The next scheduled games for each team are in Edmonton, with the Oilers playing the Flames on Friday, and the Canucks on Saturday.