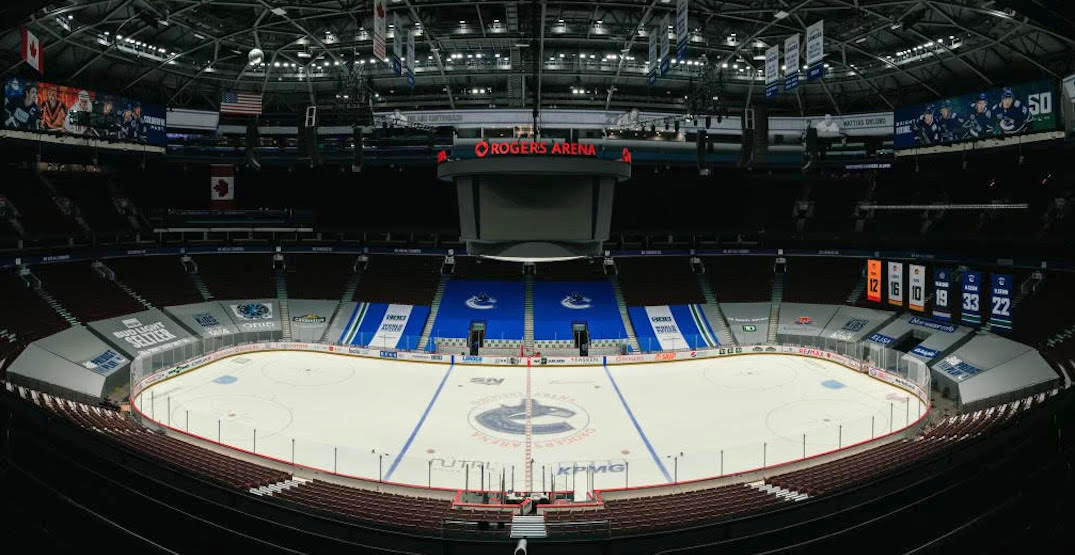 The Vancouver Canucks will be kept off the ice until next week, as the NHL has announced that their next three games have been postponed.

Scheduled road games against the Edmonton Oilers (April 3) and Winnipeg Jets (April 4 and 6) have been postponed. The Canucks are due to return to action on April 8, on the road against the Calgary Flames.

“Pending test results in the coming days, it is expected that the Canucks will be able to resume their game schedule on Thursday, April 8, with a return to practice not occurring before April 6,” the NHL said in a media release. “The Canucks’ organization has, and will continue to follow, all recommended guidelines aimed at protecting the health and safety of its players, staff and community at large as set by the NHL, local, provincial and federal agencies.”

Yesterday’s game at Rogers Arena was postponed after two additional Canucks — one player and one coach — were added to the NHL’s COVID list. Adam Gaudette first returned a positive test on Tuesday, with the NHL revealing that teammate Travis Hamonic had joined him on the COVID list this afternoon. The coach in question has not been identified.

The Canucks were supposed to come off a six-day break yesterday, and haven’t played since March 24.