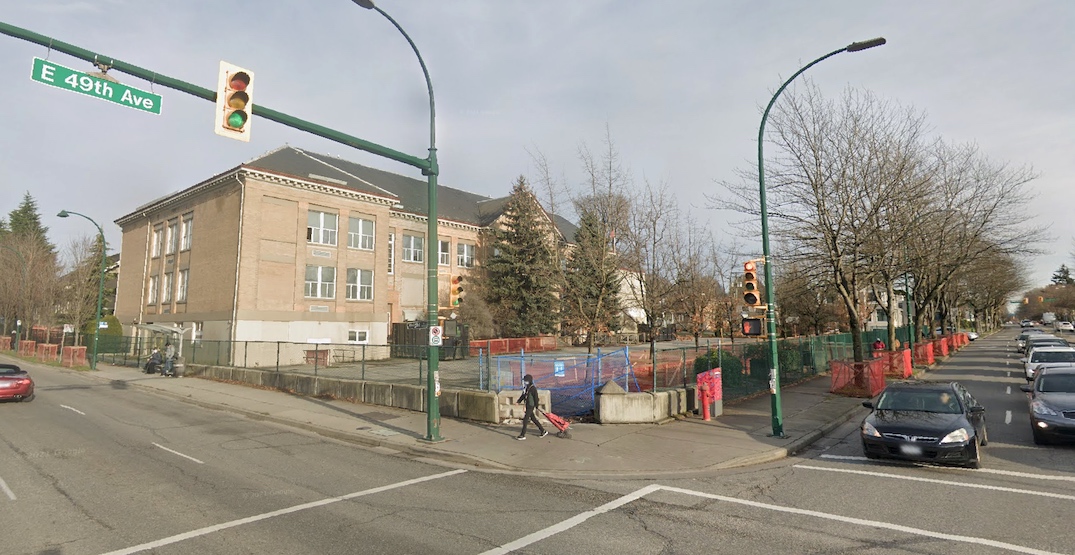 The Vancouver School Board (VSB) is contemplating the sale or long-term lease of a sizeable parcel of Sir Sandford Fleming Elementary School as a means of raising new revenue.

The undeveloped paved parcel — located at the northeast corner of the intersection of Knight Street and East 49th Avenue, just south of the old school building — is equivalent to the size of roughly seven standard single-family lots.

In September 2020, a new $19.6-million seismic replacement school building opened at the north end of the school block at East 47th Avenue, allowing the 1912-built school structure to be demolished to make way for new gravel play field and a surface parking lot.

It is suggested that turning the southernmost parcel into a subdivision could generate mixed-use commercial and residential development on the site, similar to the newer low-rise, mixed-use forms at the southwest and southeast corners of the prominent intersection.

As well. this subdivision “would help improve child safety at the site, while helping to minimize noise and air pollution by providing a barrier from a busy arterial street, especially along East 49th Avenue.” 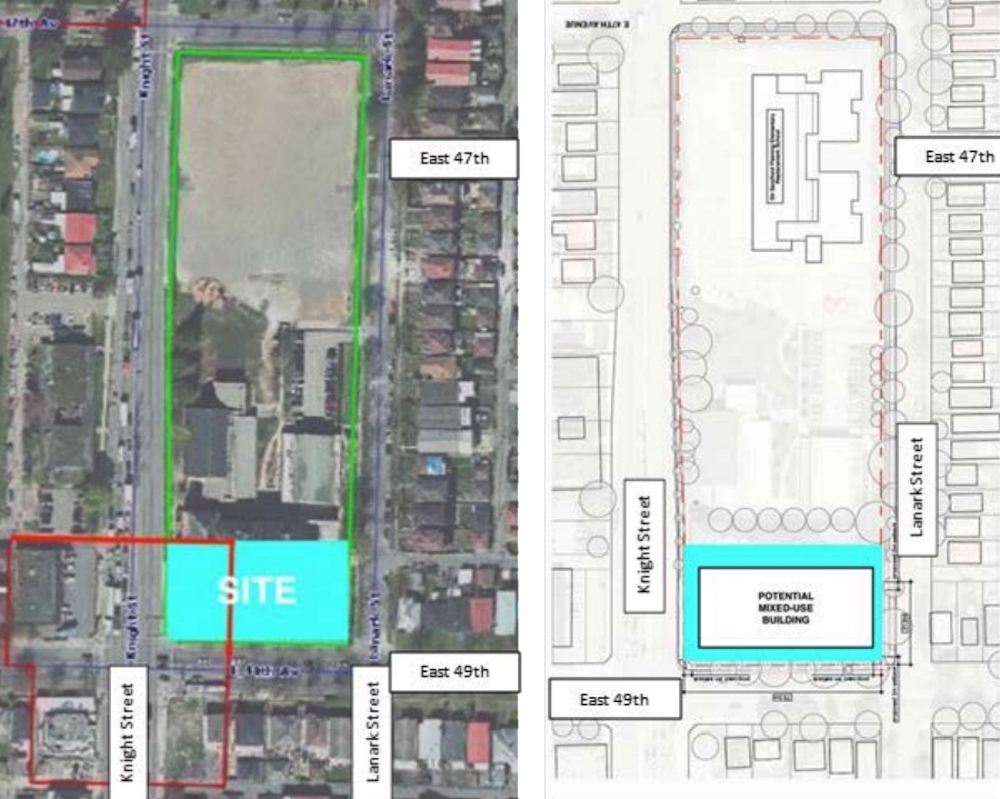 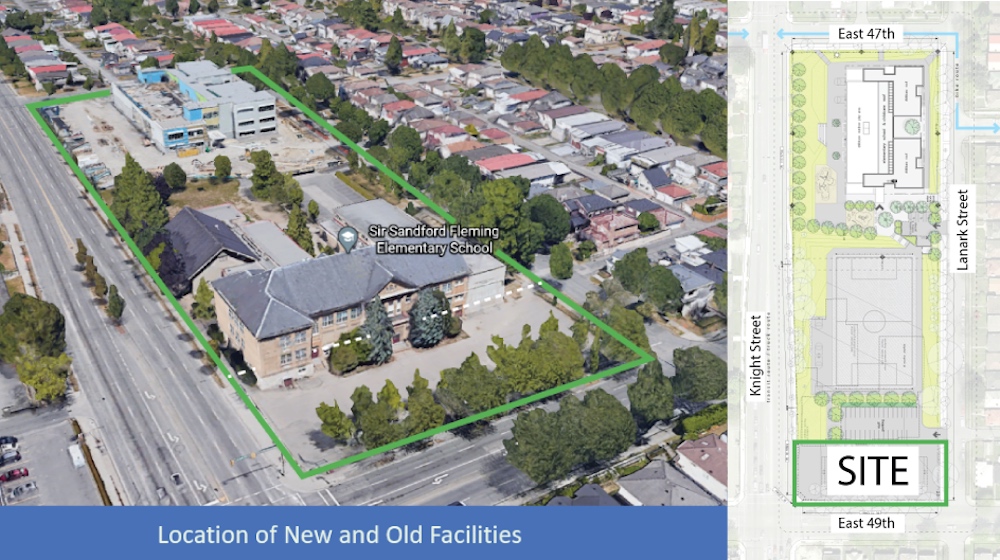 But an online petition by school parents is calling on VSB to abandon any plan to dispose of the parcel, and instead utilize the site as additional green space over the interim and preserve it for a potential longer term future school building expansion.

According to the petition, the newly built school is already at capacity, there are kids on the waiting list for kindergarten, and a lottery system is in place for the pre-school.

“Their student population forecast is way too short-sighted. The population in our neighbourhood will continue to grow as we have more immigrants and families move into the community,” reads the petition.

“As the City of Vancouver tries to tackle and create more affordable housing and with the increase in two family dwellings, secondary suites, laneway houses, land assemblies for townhouses and condos, it is truly hard to believe the forecasted low enrollment by VSB. The Sir Sandford Fleming Elementary site should retain as much land as possible so it can accommodate the potential growth. We have to consider future generations.” 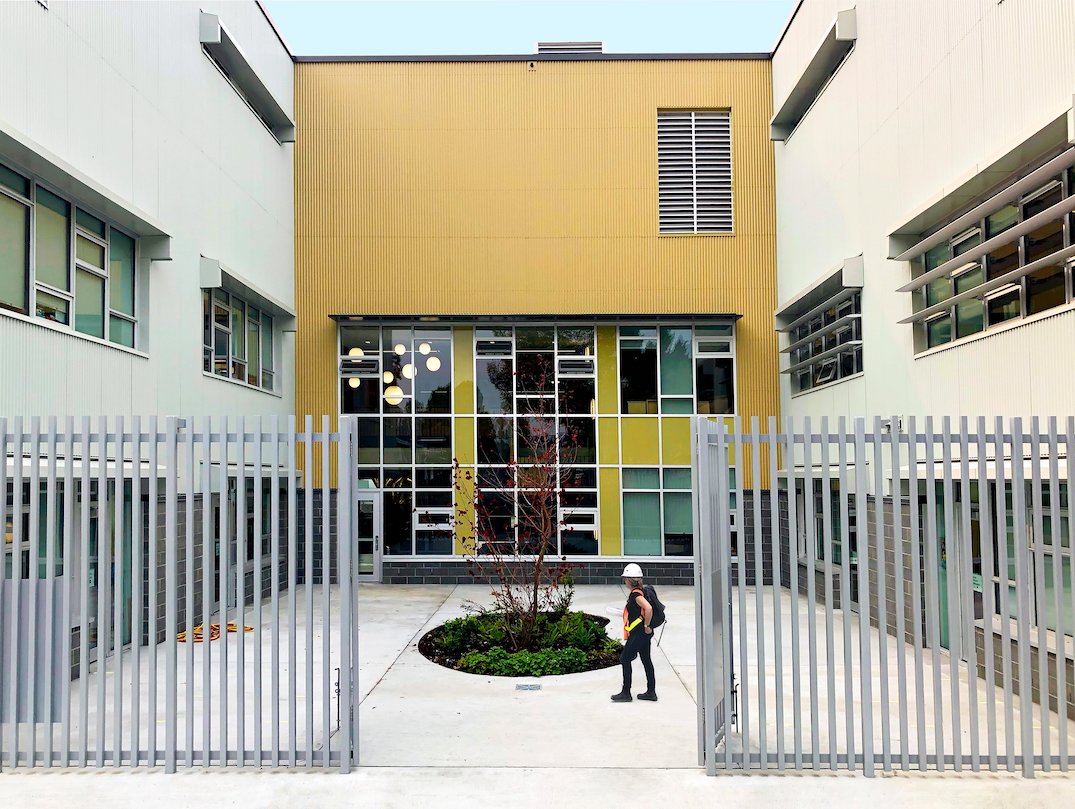 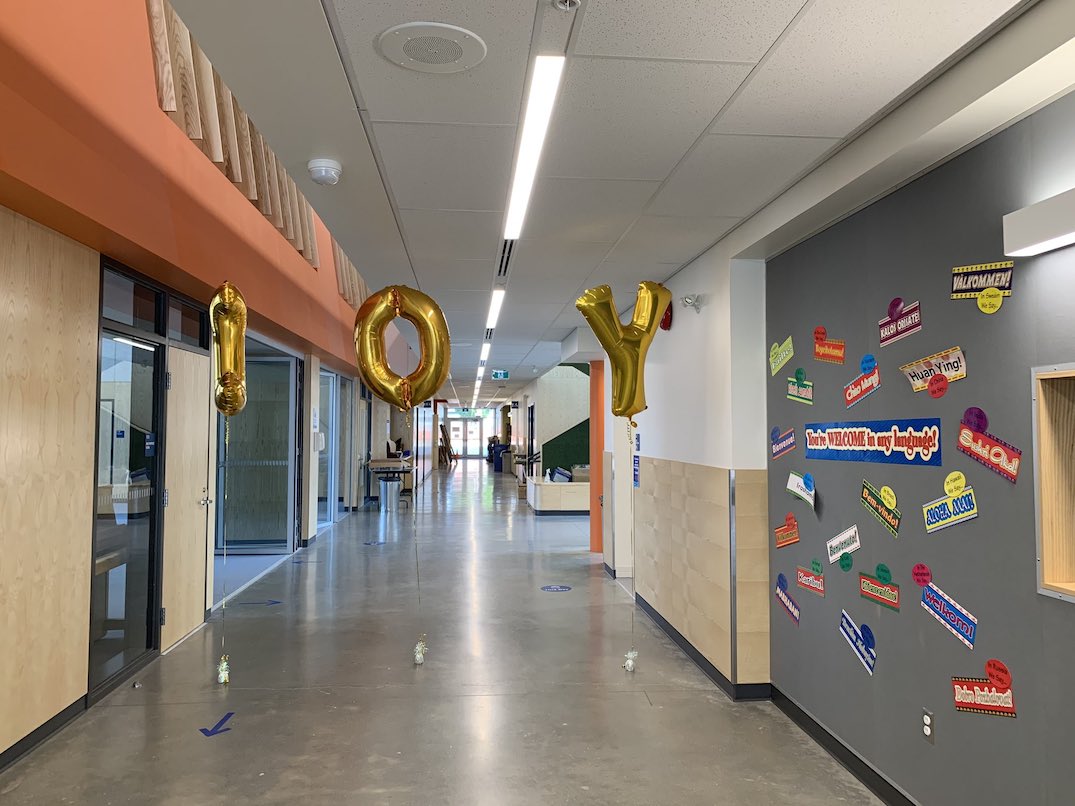 Based on VSB data, the new school building’s capacity is 398 students across 18 classrooms, and it currently has 402 students enrolled.

The school board anticipates the declining trend in enrolment that began in 2017 will continue over the coming years, which aligns with the catchment’s demographic factors and negative birth trend. Additionally, the migration trend of school aged youth is forecast to be “neutral to slightly positive” with net changes of fewer than five students per year.

“A significant change in demographics or increase in residential development patterns resulting in affordable housing attractive to families would be required to stabilize the current downward enrolment trajectory,” reads the report.

VSB is currently conducting public consultation on the potential disposal of the parcel. An online survey will remain open until April 28, 2021.

The new school also consists of a childcare facility with a capacity for 69 kids. 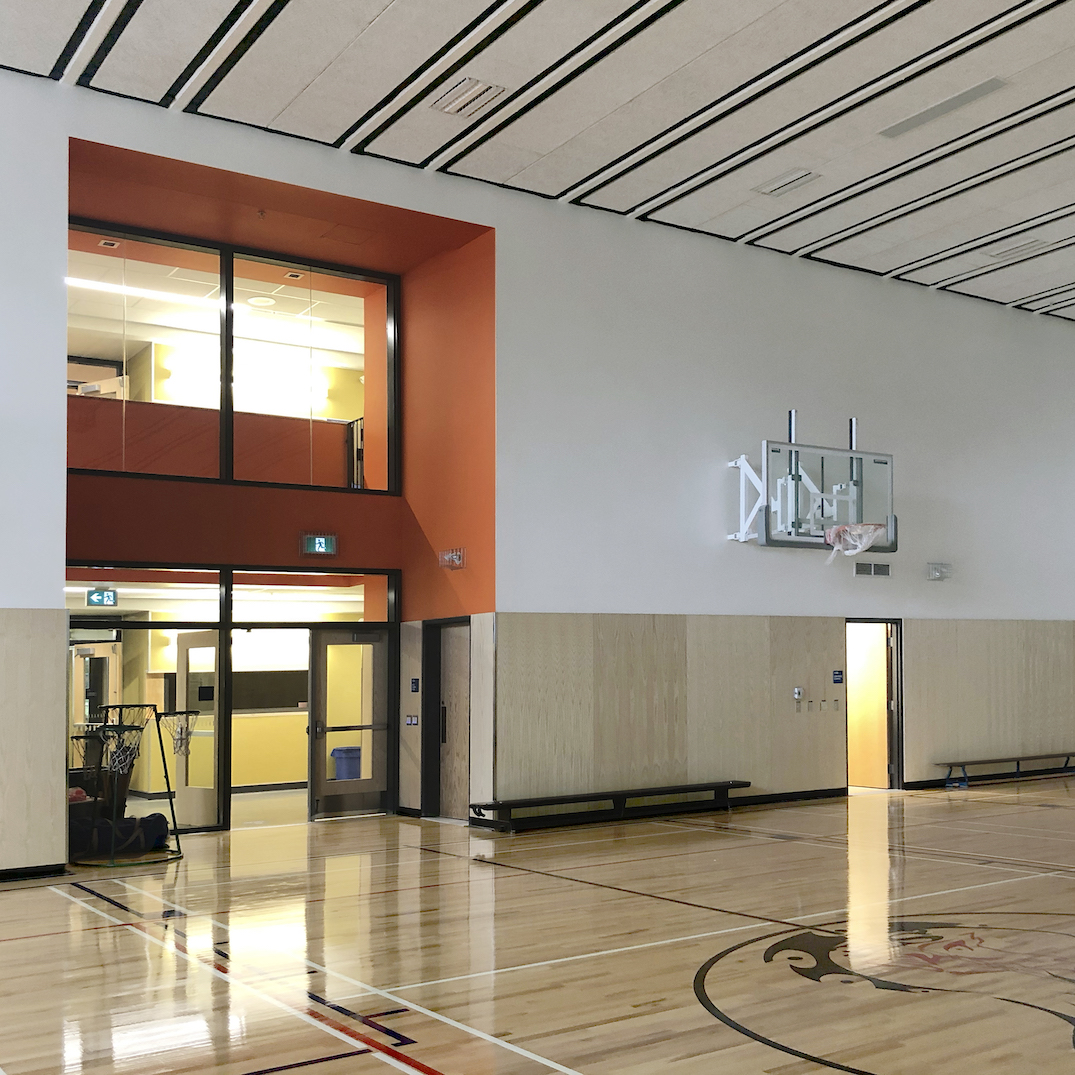 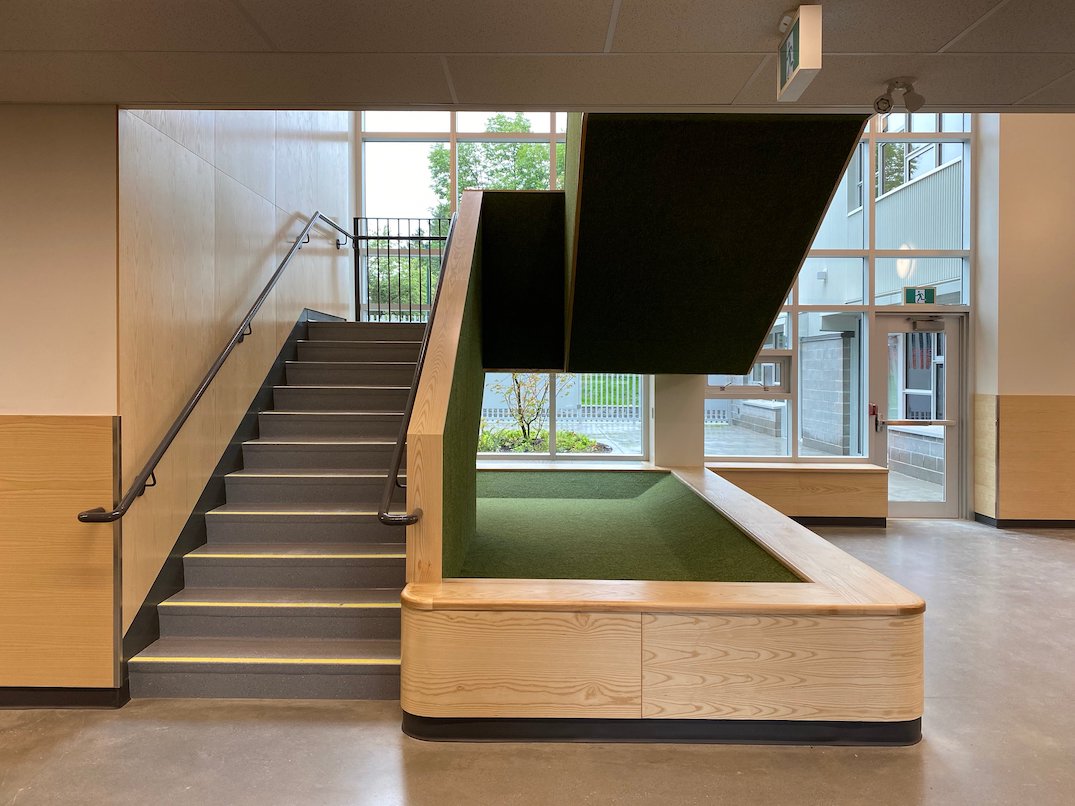 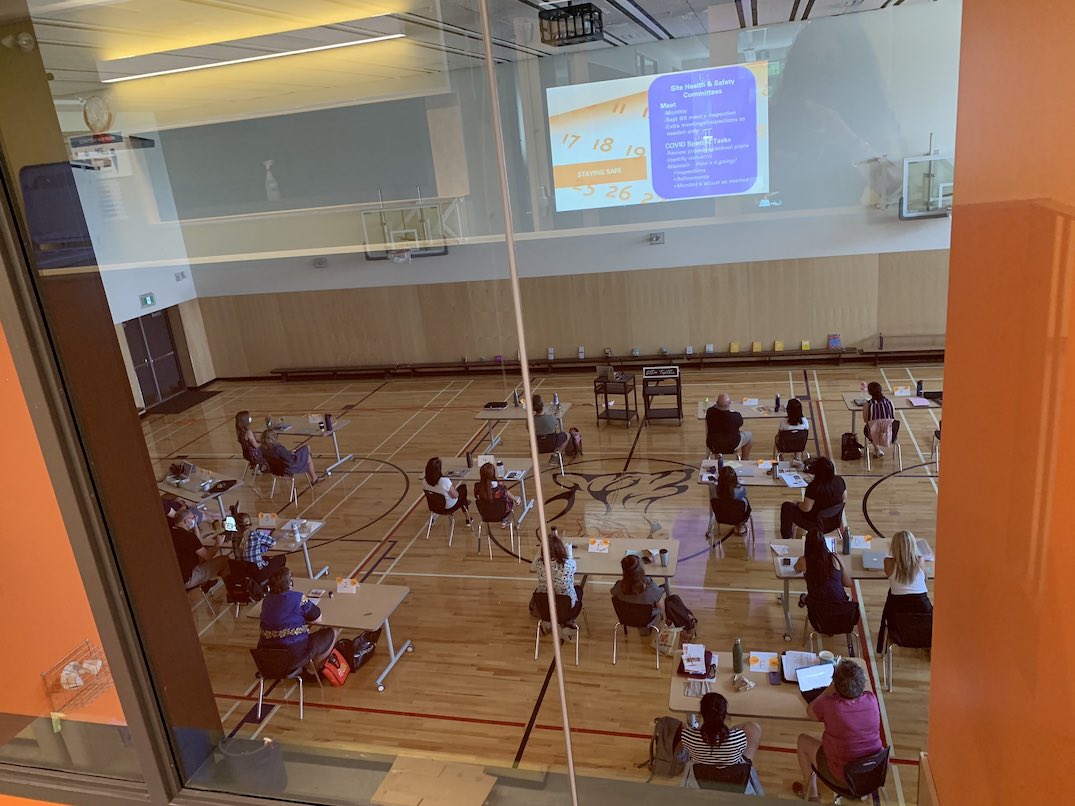 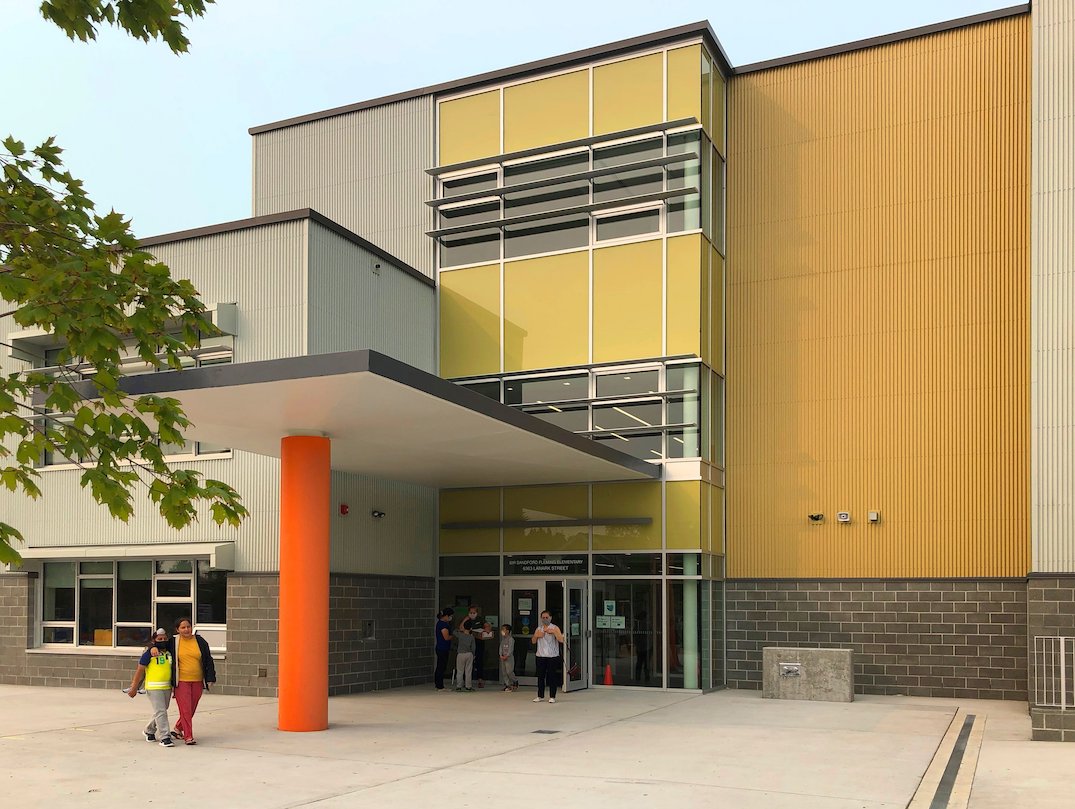