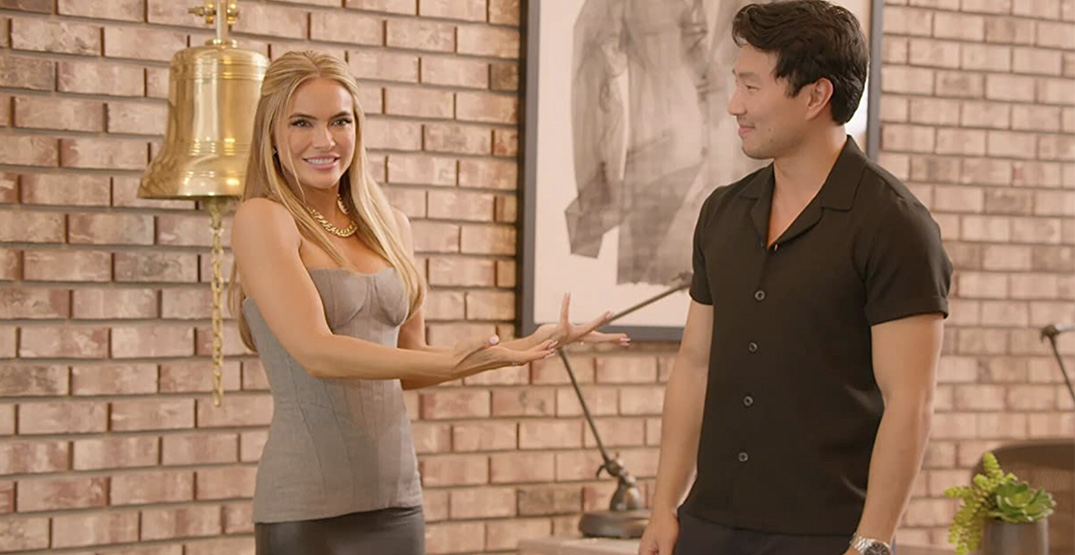 The latest season of Selling Sunset has a familiar Canadian face in one episode.

Shang-Chi and the Legend of the Ten Rings star Simu Liu dropped by for an appointment at the Oppenheim Group offices, hoping realtor Chrishell Stause could help him find his dream Los Angeles home.

Liu makes his appearance in the sixth episode, at the 15-minute mark, and viewers find out how he ended up on the show.

“I can’t believe I’m at your office,” the Kim’s Convenience star tells Stause. “Pretty fun considering we just like met over Twitter however long ago.”

In April, Stause posted a tweet asking men how they’d prefer to be rejected when asking out a woman. Liu replied with an answer and then doubled back saying, “While I got you…I might be in the market to buy…”

In the episode, Stause says how they found out they had a mutual friend and that sparked their own new friendship.

The Mississauga-born actor, who was based in Toronto before his breakout Marvel role, expressed how Canada’s cold winters aren’t so outdoor-pool friendly.

“Since I come from Canada, which is a frozen tundra, and it’s totally impractical to own a pool, I never grew up with one,” Liu explained. “If I’m gonna live in California, I need a pool.”

Also high up on his wish list is a basketball court. Liu is a known fan of the sport, always supporting his home town team when he has a chance.

The movie star was always a fan of the show. In 2020, he tweeted about binge-watching the show.

What no I’m not binge-watching Season 3 of Selling Sunset, why would you think that at all 🙄

This isn’t the first time Liu has manifested opportunities via Twitter. He famously took to Twitter to ask for his breakout MCU role.