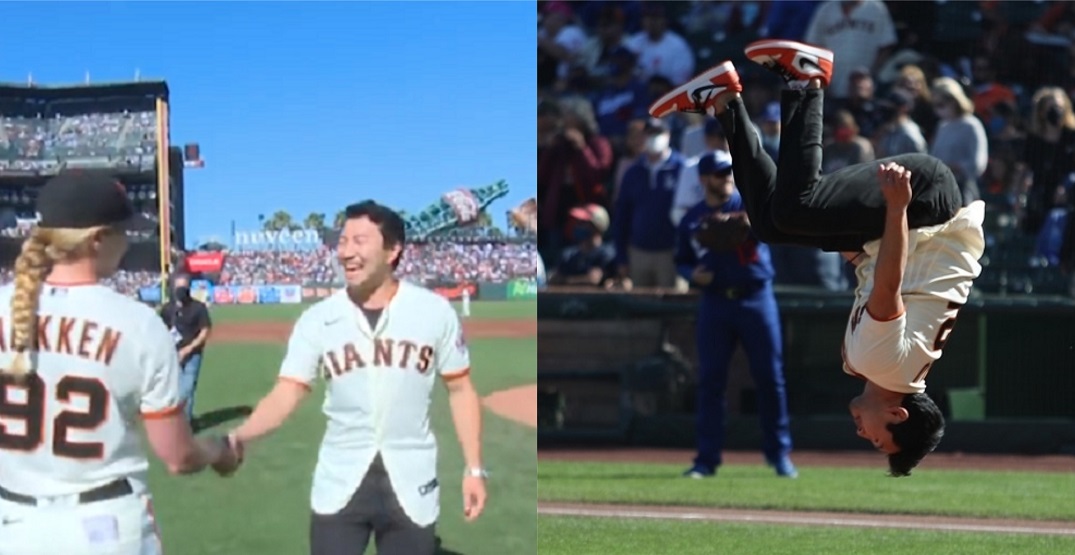 Shang-Chi actor Simu Liu is likely happy with his movie’s performance at the box office this weekend.

But he’s making headlines now for his talents on a baseball diamond.

At an MLB game this weekend between the San Francisco Giants and the Los Angeles Dodgers taking place at Oracle Park, Liu threw an excellent ceremonial first pitch and followed it up with some flair, landing a backflip.

.@SimuLiu with a perfect strike AND a backflip. 😱

Gotta be one of the best first pitches this year. 👏 pic.twitter.com/RUAZyGDAmM

Officially titled Shang-Chi and the Legend of the Ten Rings, the latest Marvel Studios’ superhero hit has already racked in more than $75 million at the box office, easily this weekend’s #1 spot. It is the first movie in the Marvel Cinematic Universe to feature an Asian actor in the lead role.

If the jersey itself wasn’t obvious, Liu himself made it clear where his loyalties lie.

That pitch was like 500% faster in my head 😜 GO GIANTS! @shangchi https://t.co/lhLXvVQzTD

Born in China, Liu grew up in Mississauga and Toronto before eventually attending the University of Western Ontario’s Ivey Business School in London. Before his work with Marvel, one of Liu’s biggest roles came as Jung Kim on the CBC Comedy Kim’s Convenience.