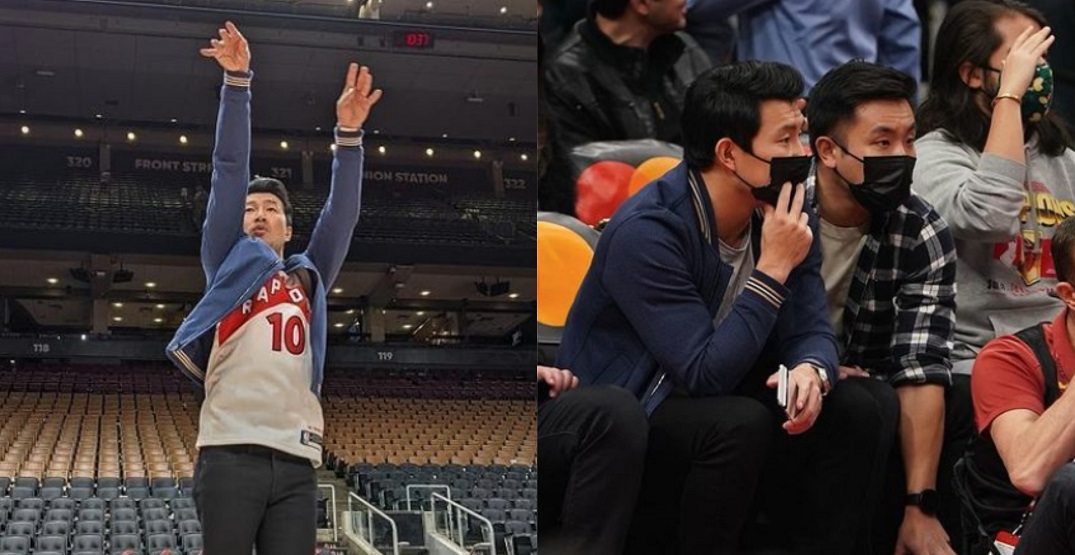 The Toronto Raptors flexed their celebrity connections this week, with Canadian actor Simu Liu coming through to check them out.

Liu, who played the title role in Marvel’s Shang-Chi, scored some sweet seats for the Raptors last night against the Memphis Grizzlies.

The fan-favourite Raptor mascot even gifted Liu a custom jersey, which earned a huge ovation from the crowd.

Looks like The Raptor has a new friend in Simu Liu! pic.twitter.com/anSh5ryNCA

And make no mistake: the Raptors and Liu have been pals for a while, as he’s been a long-time fan of the team.

Back in 2017, following filming a basketball scene for NBC’s Taken, he joked with the team’s Twitter account about getting some action with the team.

Need video of that jumper first

Well that was a morning. pic.twitter.com/ZZU19jdBuY

The Raptors weren’t quite as lucky to have Liu in their presence once again, though. They fell 98-91 to the Grizzlies, their fourth loss in the last five games.