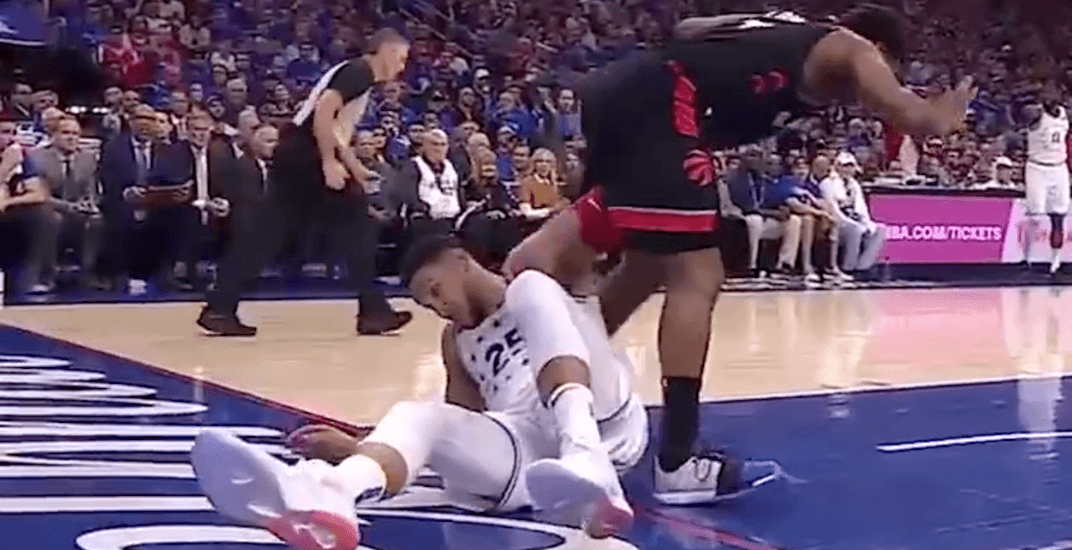 Philadelphia 76ers guard Ben Simmons is a little lighter in the pocketbook today, after the Australian native went down-under on Kyle Lowry on Thursday.

After battling for position with Lowry under the basket, Simmons gave a sneaky elbow shot to Lowry’s groin while laying on the hardwood.

Simmons and Lowry get tangled up under the basket … 🤔 pic.twitter.com/Ntl1HGHKAw

The call was missed by officials during the game, but not by the NBA. Simmons was fined $20,000 and assessed a flagrant one foul for the infraction, the league announced on Friday.

Lowry downplayed the sneak attack after the game, saying: “It’s nothing. He said he didn’t mean to do it,” Lowry said according to TSN’s Josh Lewenberg. “I’m not gonna dwell on something that wasn’t called.