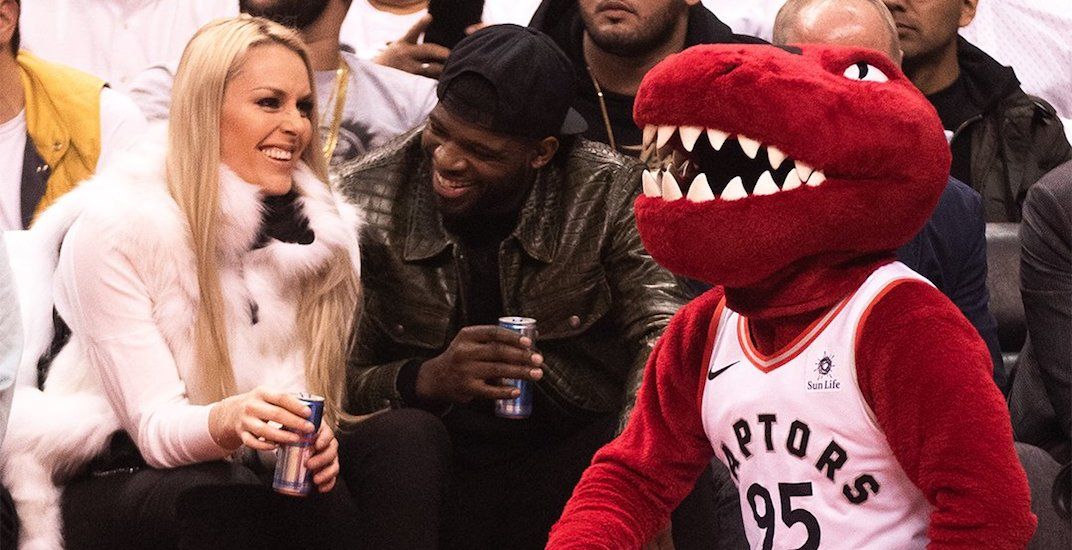 After another successful regular season, the Toronto Raptors breezed by the Orlando Magic in the first round of the playoffs.

After winning Game 1 with relative ease, the Raptors got a rude awakening on Monday, with the Philadelphia 76ers winning to even the series.

The atmosphere at Scotiabank Arena was second to none, as the playoffs have everyone excited. That includes local celebrities, who have shown up in increasing numbers to see the Raptors over the past three days.

Drake was there in his usual courtside seat, of course, but the list extends beyond him.

Toronto-born singer Shawn Mendes was at Game 1, and he may have brought good luck – as the Raptors reversed the Drake curse.

Also taking in Saturday’s game was Vladimir Guerrero Jr, who made his much-anticipated Blue Jays debut a night earlier. He was greeted with a custom Raptors jersey and a standing ovation.

New Jersey Devils forward Taylor Hall was there too…

Plenty of NHL players in attendance tonight for Game 2, including @hallsy09 pic.twitter.com/mqoyg5D3ef

The @MapleLeafs own @Marner93 supporting the @Raptors in Game 2! pic.twitter.com/2c651MXMm6

And less than two months before the NBA Draft, Canadian basketball star RJ Barrett got a look at the league he’s about to join.

🇨🇦 basketball star @RjBarrett6 looks on in Toronto as he scouts his future competition pic.twitter.com/ECFci8DzaF