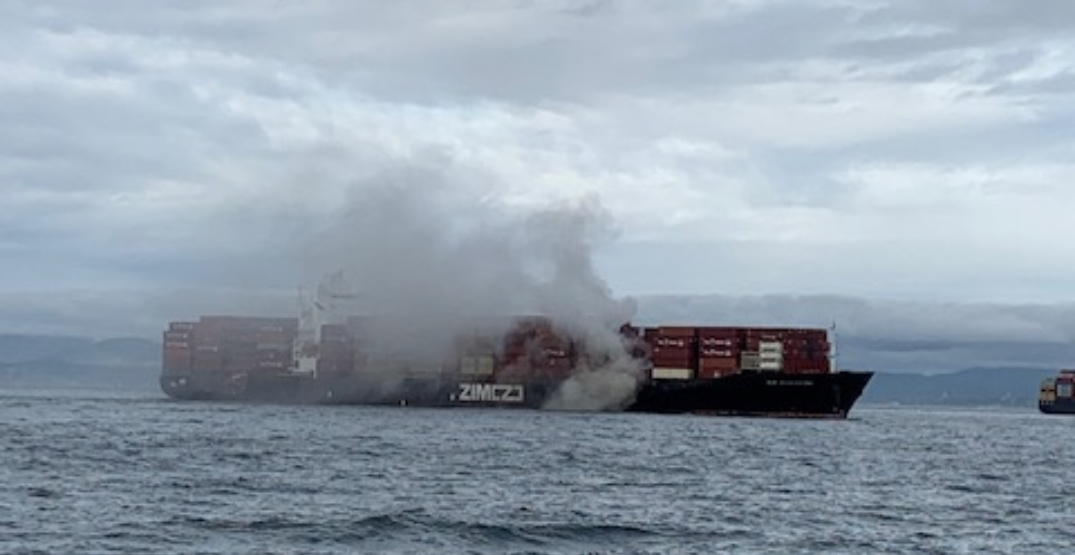 A vessel that lost close to 40 shipping containers at sea is now experiencing a fire on board.

Michelle Imbeau, a communications advisor with the Canadian Coast Guard, confirmed that they heard about a fire aboard the Zim Kingston on Saturday, October 23.

“The Canadian Coast Guard received a report around 11 am this morning from the MV Zim Kingston that a fire had broken out in the damaged containers onboard,” she said.

Right now, the vessel is anchored at Constance Bank south of Victoria. In photos taken by the Coast Guard, you can see smoke billowing out. 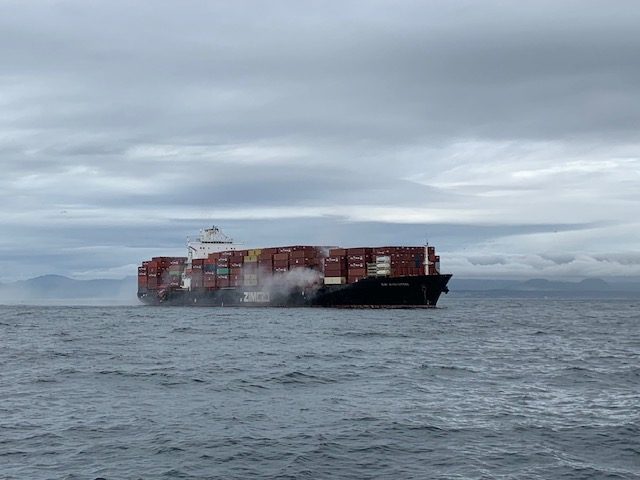 The coast guard said that its Victoria station lifeboat Cape Calvert is standing by near the Zim Kingston to assess the unfolding situation and as a safety vessel.

“A joint agency response is being coordinated to assess and assist as required,” said Imbeau, who said that the situation was dynamic and unfolding. 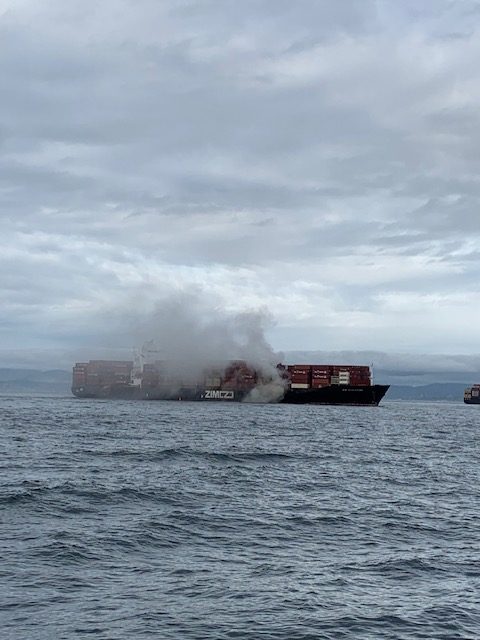 Twitter users also shared photos of the ship up in smoke on social media.

In the 45 or so minutes we’ve been watching the fire aboard container ship the #ZimKingston near Victoria it’s gone from a small plume to a very large fire. pic.twitter.com/m1NgJvkSeK

On Friday, October 22, the Zim Kingston vessel just off the coast of Vancouver Island met rough seas and containers were lost overboard, which caused both the Canadian and American coast guards to warn other ships in the area about encountering partially submerged containers.

According to the US Coast Guard, the ship had been on its way to Vancouver from South Korea when it listed to the side and ultimately lost many containers on board.

#BreakingNews Coast Guard crews are monitoring several adrift shipping containers 43 miles west of the Straits of Juan de Fuca entrance. An inbound vessel lost approx. 40 containers when the ship listed to its side due to rough seas. Check back for updates. pic.twitter.com/GInKf8M0sB