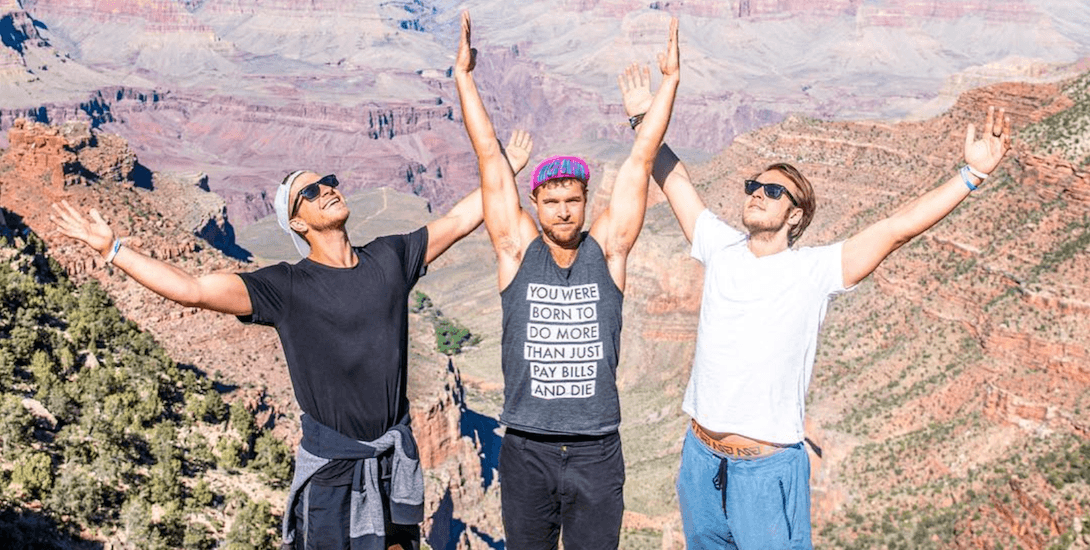 Ryker Gamble, Parker Heuser, and Alexey Lyakh in 2016. Gamble and Lykah are two of the victims. (High on Life/Instagram)

They were watched by millions globally, admired by their local community, and now a Vancouver couple has been identified as the two remaining victims of the Shannon Falls tragedy that took place earlier week.

On Tuesday, Squamish RCMP confirmed that three individuals were found deceased in a lower pool at the Falls.

One of the victims was identified on Wednesday as social media and YouTuber and adventurer Ryker Gamble.

Gamble, a 30-year-old Vancouver resident, was part of a group known as High On Life, who had a YouTube following of almost half a million subscribers and regularly shared videos of their excursions and escapades around the globe.

With the news hitting so close to home, many of Gamble’s friends and family shared photos of Gamble, and the couple, now identified as Megan Scraper and Alexey Lyakh.

Lykah was also part of High On Life, and travelled the world with Gamble.

The three friends went missing Tuesday afternoon after reportedly falling from a pool on the top of Shannon Falls. The trio, who were with a group at the time, fell into a pool 30 metres below.

In the wake of the accident, a crowdfunding campaign has been created in Gamble’s name.

“You were such an inspiration for many,” wrote an Instagram user. “In these moments I realize how precious life is. Rest in peace, you will be missed.”

Exactly a month ago, Gamble shared a video on his social media page with words about life and always being “a kid at heart.”

“Because life isn’t about responsibilities, tough decisions and hard work, it’s about feeling bliss and living in the moment… Doing things that stimulate a sense of joy and aliveness,” he wrote. “These are feeing I had almost every day as a kid, because my life was driven by my heart. I’d make decisions and move in directions that made me scream with excitement, adrenaline, and pure happiness.”

With files from Eric Zimmer and Vincent Plana.