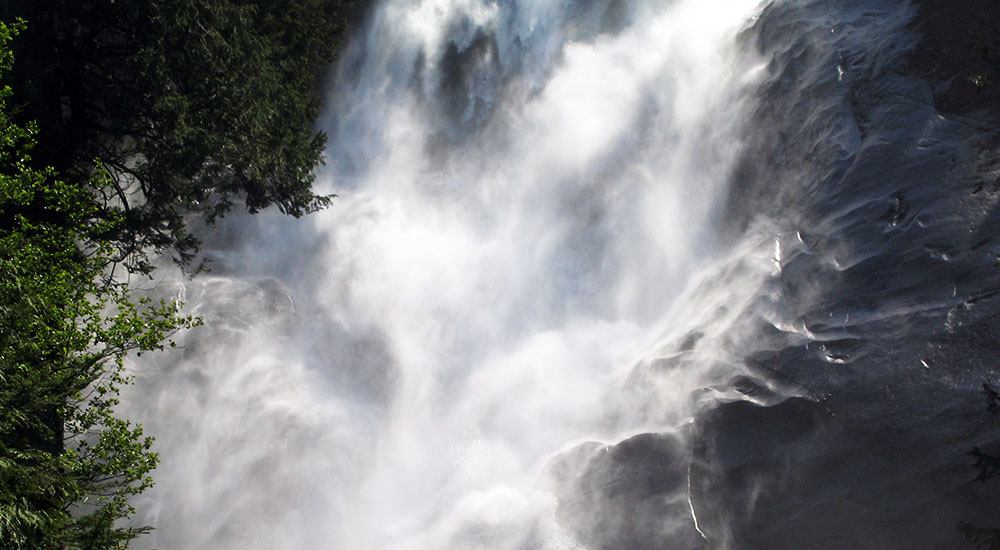 Several hours after emergency services were deployed at Shannon Falls, Squamish RCMP have confirmed that three individuals are indeed missing after falling from the top of Shannon Falls.

The initial report came from BC Ambulance at approximately 11:55 am, when three people were swimming in one of the pools at the top of Shannon Falls. The trio, who were with a group of friends at the time, slipped and fell into a pool 30 metres below.

Squamish Search and Rescue (SAR), Lions Bay SAR, BC Ambulance, Squamish Fire, BC Parks, and Squamish RCMP attended to the scene as a joint search effort.

The entrance to the falls was also closed during the preliminary search.

In a statement, Squamish RCMP Cpl. Sascha Banks said that as of 6 pm, “[they were] unable to visually [see] anyone in the pool system.” Banks did, however, note that “the terrain is difficult, very dangerous, and the water flow is very heavy,” all of which complicates the search.

Efforts to locate the three will continue overnight and into tomorrow when specialized units will be on sight.

As a result of the incident, Shannon Falls and any trails leading to the pool system at the top of the falls will be closed to the public until further notice.

Families of those missing are currently being contacted by the RCMP; identities of the three swimmers have not been released at this time.