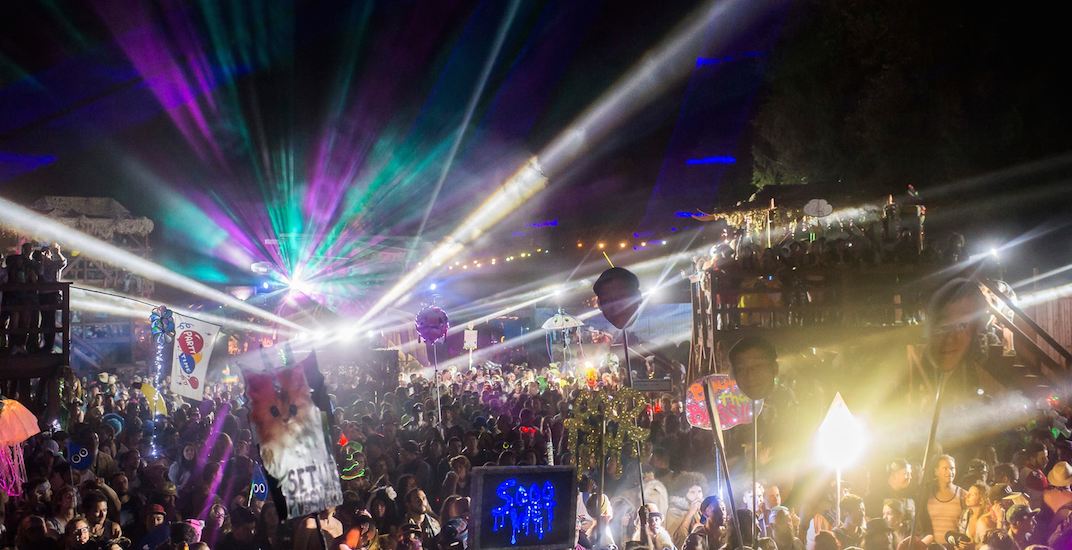 Attendees of this weekend’s Shambhala Music Festival held in Salmo in the BC Interior have been warned that they should expect “changing conditions” due to wildfires in the area.

A ‘pre-evacuation alert’ was issued last night by organizers as safety precaution in response to a new 185-acre fire in the McCormick Creek area about 20 kms southwest of the town. At this time, no evacuation alert has been ordered for the area where the festival is located, and the festival is not affected.

“In the interest of public safety, we would like to inform our guests and the public, that there is an evacuation alert near the festival grounds,” reads a bulletin by organizers. “We are currently communicating with local government to stay ahead of the situation.”

This wildfire is currently being fought with 20 firefighters, four helicopters, one heavy equipment, and four air tankers.

Organizers advise attendees to discuss with their friends about an early departure in case the situation changes, plan to have a well-rested designated driver throughout the festival, and stay informed.

As well, attendees are reminded that a strict fire ban is still in effect, and that cigarette butts must be discarded properly.

Shambhala is one of BC’s largest and longest-running music festivals, and the largest electronic music festival in the country. This year’s event is held from Friday, August 11 to Monday, August 14, and over 17,000 people are expected to attend. 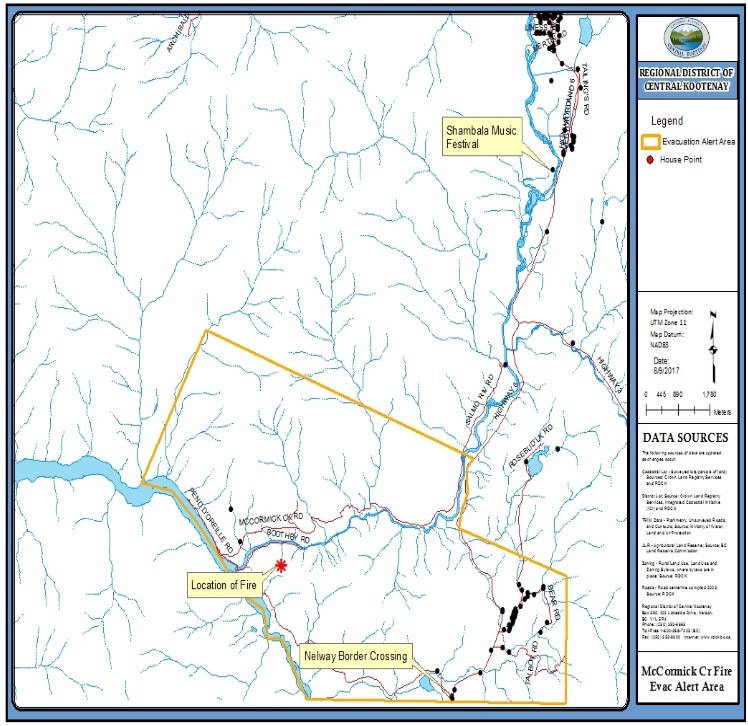 Map depicting the location of the Shambhala Music Festival, the nearby wildfire, and evacuated area. (Regional District of Central Kootenay)