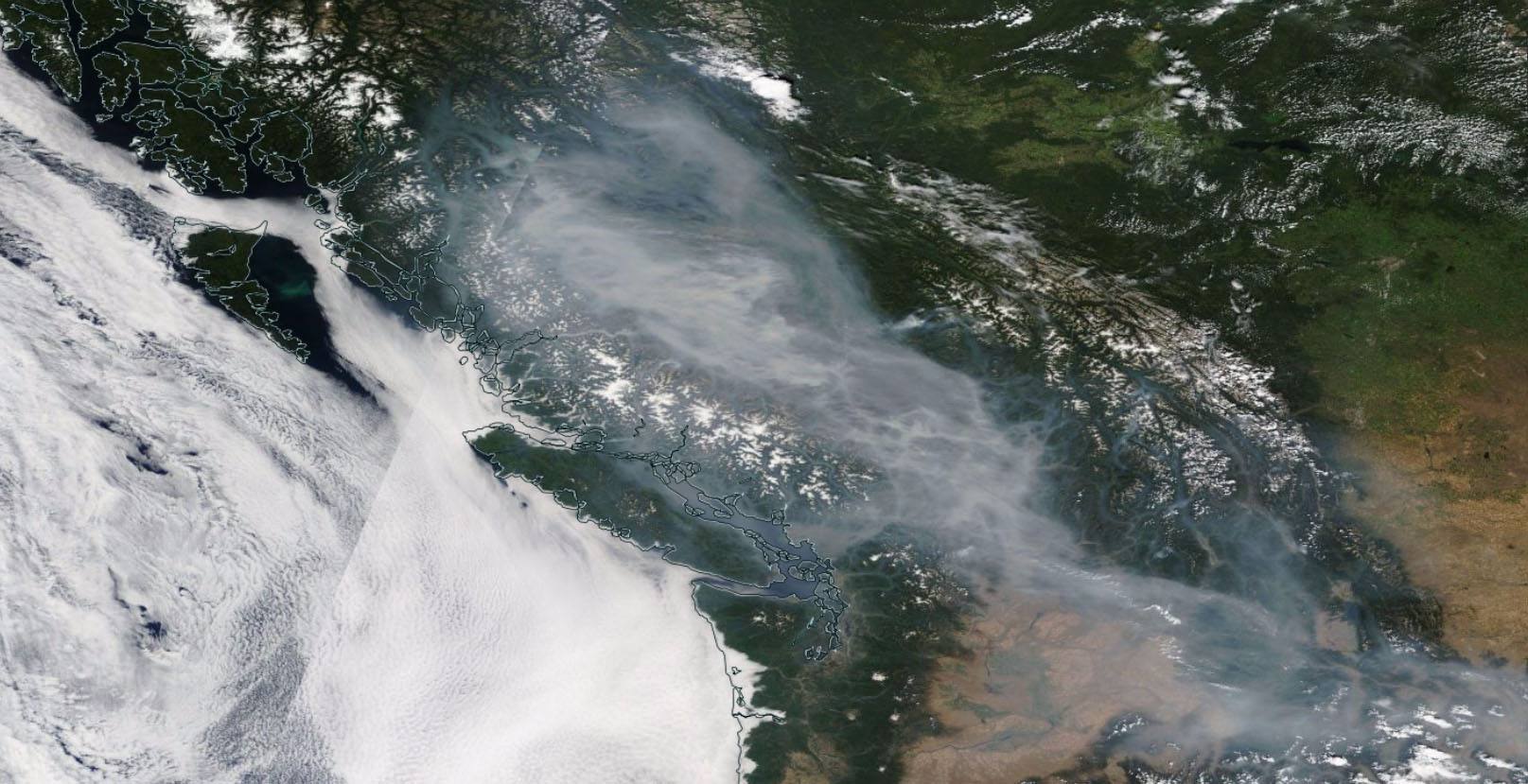 As wildfires continue to rage in the BC Interior, we in Metro Vancouver are feeling the effects of the smoky haze being sent our way.

The region’s Air Quality Advisory has now become the longest in our history, with no light at the end of the tunnel in sight for a few more days.

According to the latest update from Kevin Skrepnek, BC’s Chief Fire Information Officer, there are currently 146 wildfires burning around the province.

In the meantime, NASA’s online Worldview tool continues to capture the smoke as it hangs over the province like a shroud, as in the image above.

Here’s a GIF showing how the smoke cover changed over the past week: