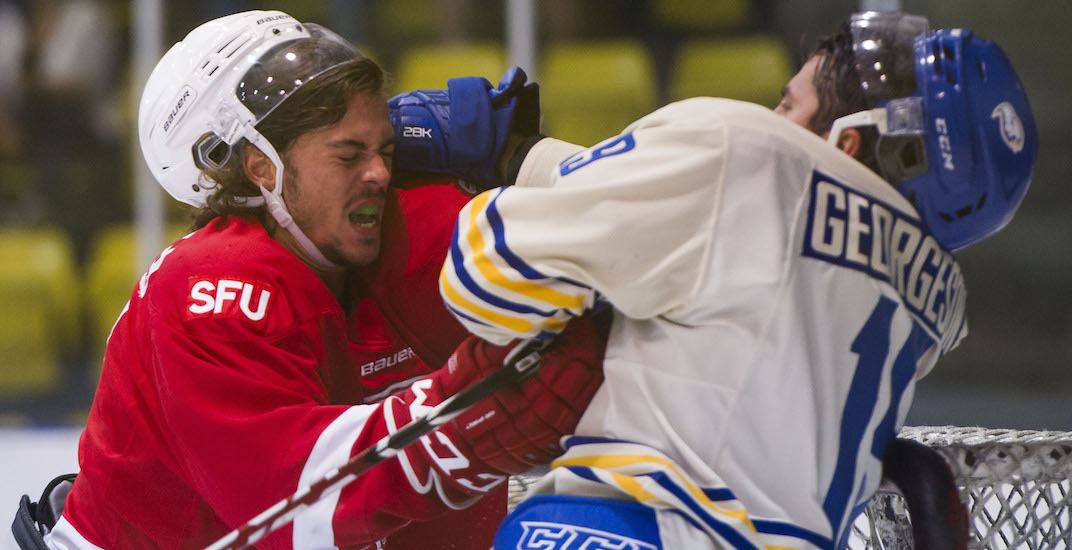 Local university bragging rights will be on the line, as the ‘Captains Cup’ tournament was unveiled on Friday.

In conjunction with the Vancouver Giants, the men’s hockey programs from UBC, SFU, and TWU will play a three-game tournament this September that is sure to promote a rivalry between the neighbouring schools.

The Giants are involved to help promote the WHL Scholarship program, which provides scholarships to more than 200 athletes annually.

“The WHL is the leading supplier of scholarships in Western Canada, and offers the most comprehensive scholarship in North America,” said Vancouver Giants vice president of business development Dale Saip. “The Vancouver Giants are pleased to support this exhibition series profiling our student-athlete alumni who are furthering their education while still competing at a very high level of hockey.”

University hockey is often overlooked in Canada, despite a high caliber of play. The UBC Thunderbirds’ roster is comprised mostly of former WHL players, including four former Vancouver Giants on their team.

“It’s awesome to get support from a WHL franchise like the Giants,” said UBC head coach Sven Butenschon. “The Giants talk to a lot of prospects who might be concerned about academics going the WHL route and they can point out how you can go to the WHL, play at the highest level possible and if you also want to go the school route you can go to UBC, Trinity Western or SFU, any of these schools and be able to go to a prestigious university on a WHL scholarship.”

Players earn a one-year guaranteed scholarship to the post-secondary institution of their choice for every season played in the WHL, including tuition, textbooks and compulsory fees.

The tournament will be split between the Doug Mitchell Thunder Sports Centre at UBC, and the Surrey Sport and Leisure Centre, beginning on September 15.

The team with the best record after three games will be determined the winner of the Captains Cup. Should two teams be tied in points, the team that won the head-to-head matchup will be declared the winner.