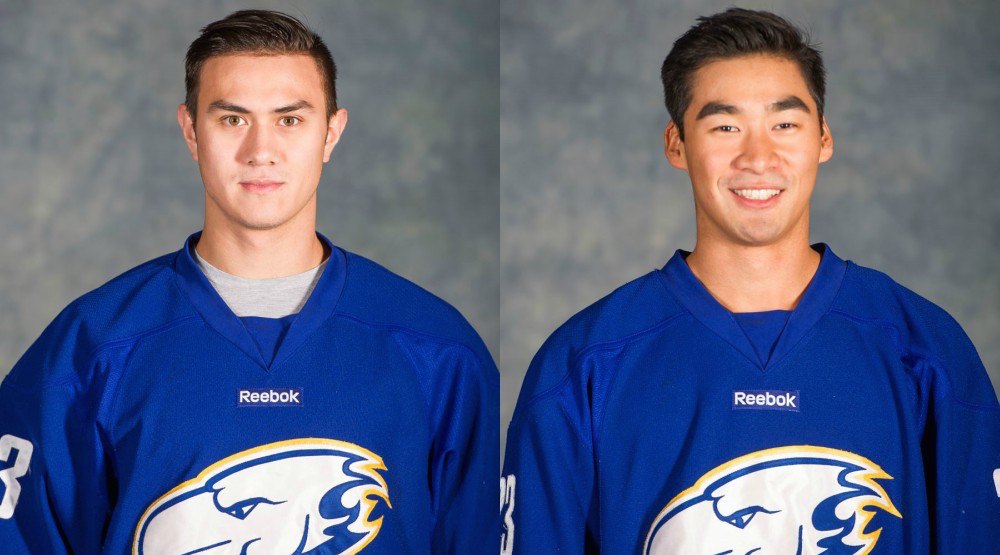 A pair of UBC Thunderbirds are making the jump overseas to play professional hockey in a non-traditional hockey market. After impressing at a scouting camp at 8-Rinks in Burnaby earlier this month, Luke Lockhart and Derek Dun have signed contracts to join HC Kunlun Red Star of the KHL.

The KHL, arguably the best league in the world outside of the NHL, is largely based in Russia. HC Kunlun, however, play their home games in Beijing.

“Both Luke and Derek are very talented and hard-working student-athletes,” said their coach Sven Butenschon. “It’s nice to see that they have been rewarded with a chance to play professional hockey, especially such an exciting opportunity in Beijing, China. We will follow their careers closely and wish them all the best in this adventure.”

The Red Star are entering their second KHL season and are coached by former Vancouver Canucks head coach, Mike Keenan. Both Lockhart and Dun are of Chinese descent, but were born in Canada.

Lockhart is a Burnaby native who was a top six forward for UBC last year. The centre played five seasons for the Seattle Thunderbirds of the WHL before moving on to UBC where he has played for the past four seasons.

Dun is a native of Surrey who was the starting goalie for UBC in 2016-17 and played the previous two seasons for Northern Michigan in the NCAA. He has also played for the Cowichan Valley Capitals and the Nanaimo Clippers of the BCHL.

“I’m pretty excited, but a little nervous at the same time,” Dun said. “It’s kind of a once-in-a-lifetime opportunity. I’m just going to go in and keep an open mind. It’s a nice time to go in and continue my hockey careers and play professionally. I’m hoping to get fluent in Mandarin and just really learn the language and get used to everyday life there.”