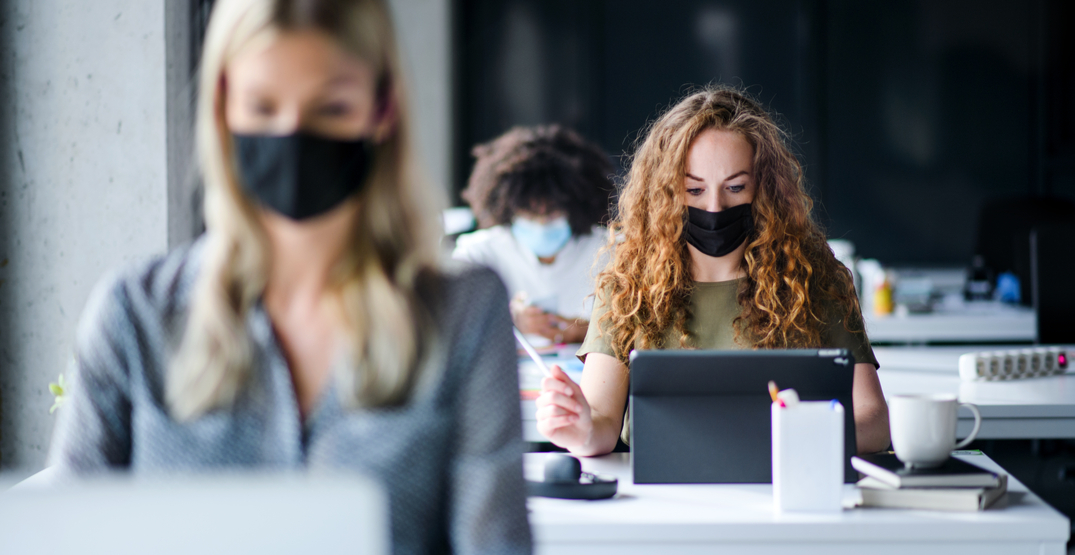 A professor at Simon Fraser University (SFU) has started a petition calling for a temporary mask mandate in Greater Vancouver.

Scott Lear is a professor in the Faculty of Health Sciences. Lear tells Daily Hive that his expertise is “in population in public health” and that much of his current work is “focused on public health messaging during the pandemic.”

“There are now more active cases in the province than at any other time during the pandemic,” Lear writes in an online petition. “Along with that are thousands more who are self-isolating.”

“The majority of current and new cases arise within the Greater Vancouver area, yet Vancouver and Surrey are the only major cities in Canada without a mask mandate.”

Lear says that “the current messaging from local and provincial health authorities has created a piecemeal approach” that leads to “confusion, reduced compliance, and therefore, reduced effectiveness.”

“Superspreader events tell us indoor transmission can occur beyond two metres and keeping a two-metre distance is not always possible,” says Lear.

Lear’s petition, which was started a week ago, has received more than 9,400 signatures of its 10,000-signature goal at the time of writing.