As BC continues to grapple with record-high COVID-19 case numbers, health officials said new modelling shows that the number is doubling once almost every 13 days.

“The latest data shows some highly concerning trends that we all need to pay attention to,” said Provincial Health Officer Dr. Bonnie Henry during a press conference on Thursday afternoon. “As we have seen in many parts of Canada and the world, here in BC, the rate of transmission has risen rapidly in the past few weeks.”

In looking at the rates of transmission, Henry said health officials have been “using the reproductive number, which is the average of how many people each case transmits to,” she continued. “It’s a challenging number because we know that this virus is not transmitted equally by everybody.”

Currently, “we are above one, which means, on average, people are spreading to more than one other person, and when you’re above one, that gives the potential for it to spread quite rapidly,” said Henry.

This rate of increase “puts all of us at risk,” she added. “Without a slowdown, it will make it difficult to manage and contain the virus in our province.” 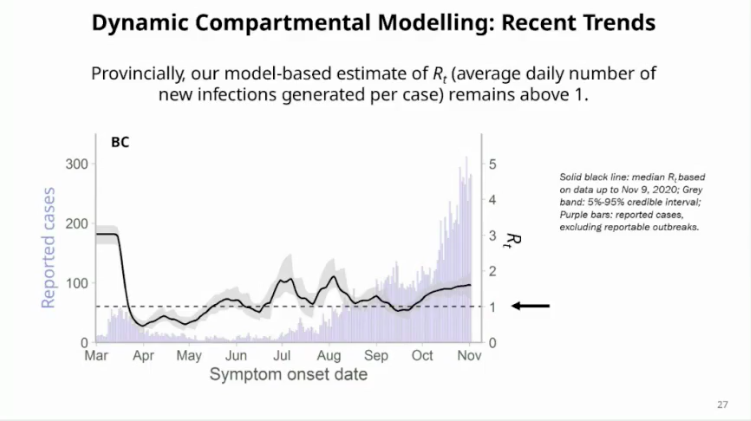 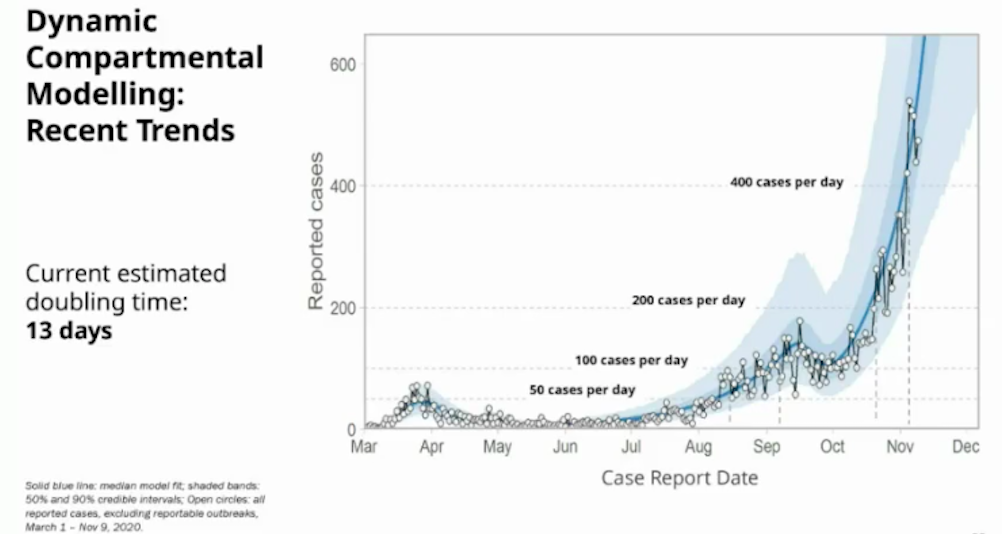 Henry said that when officials look at the “likely source” of transmission that has caused the recent spike in cases – particularly in the Vancouver Coastal and Fraser Health regions – “the vast majority” can be linked to local cases or clusters.

However, “with rapid increase in cases over the past couple of weeks, the ability of public health officials to find and notify everybody in a timely way can be jeopardized.” 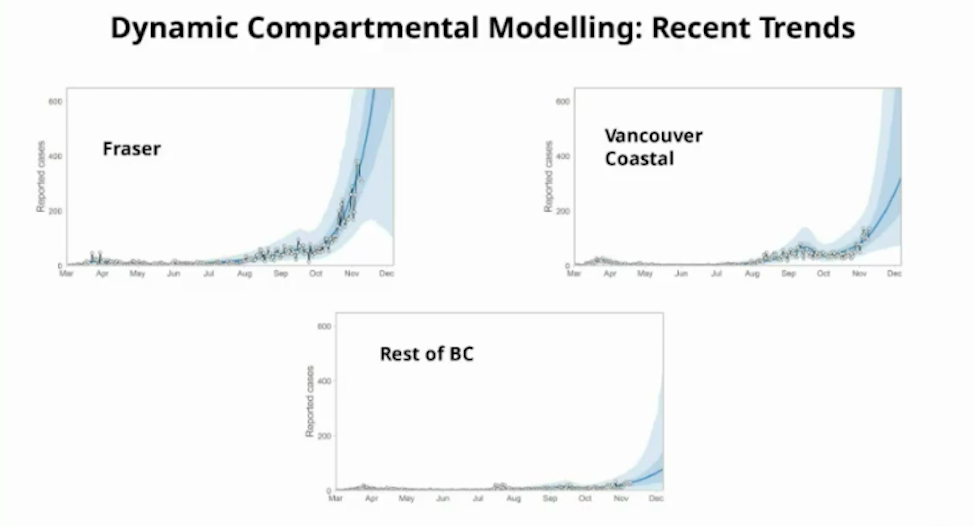 Still, Henry said the modelling also demonstrates “that among-school aged children there are very few exposure events that lead to cases from schools or daycares.”

From Tuesday to Wednesday, 536 new cases were reported. From Wednesday to Thursday, there were 594 cases, setting a new one-day record high.

There are 5,793 active cases, and 11,091 are under public health monitoring. Currently, there are 155 people in hospital and 44 in critical care. The remaining individuals are recovering at home in self-isolation.

There have been four new COVID-19-related deaths, for a total of 288 in British Columbia to date.