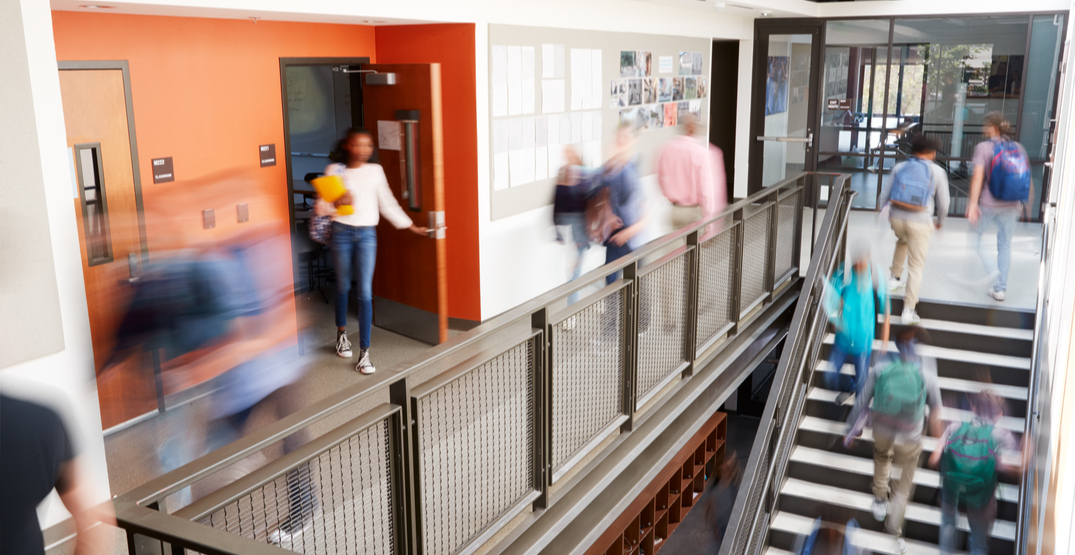 Health officials in British Columbia say that the “vast majority” of school-aged students, even those with symptoms, continue to not test positive for COVID-19.

On Thursday afternoon, updated epidemiological modelling was presented, along with a record-setting 1,130 new cases of coronavirus over a two-day period.

And while the presentation displayed several areas where British Columbians need to improve, Provincial Health Officer Dr. Bonnie Henry said that the measures in place within schools “are working.”

“Most school-aged children with symptoms, again, continue not to have COVID-19, which is good news,” she told reporters.

“We know there’s been a lot of coughs and runny noses and a lot of children testing. The testing rates have increased two-and-a-half times since August, and now about two-thirds of the tests are done by the spit and gargle test, which is great.”

Henry says that so far, about 1.7% of children test positive for COVID-19 and that school-aged children make up less than 10% of BC’s cases. She also says that while there have been over 250 exposures within schools, there are “very few transmissions.”

An exposure qualifies as somebody being in the school environment during their infectious period, Henry explains.

She says that this tells us that the measures in place, such as screening and catching those with illnesses early, “is working.”

“Nine-in-10 schools have not had a school exposure event, even across the province,” Henry stresses. “These numbers tell us that we’re doing a really good job at that.”