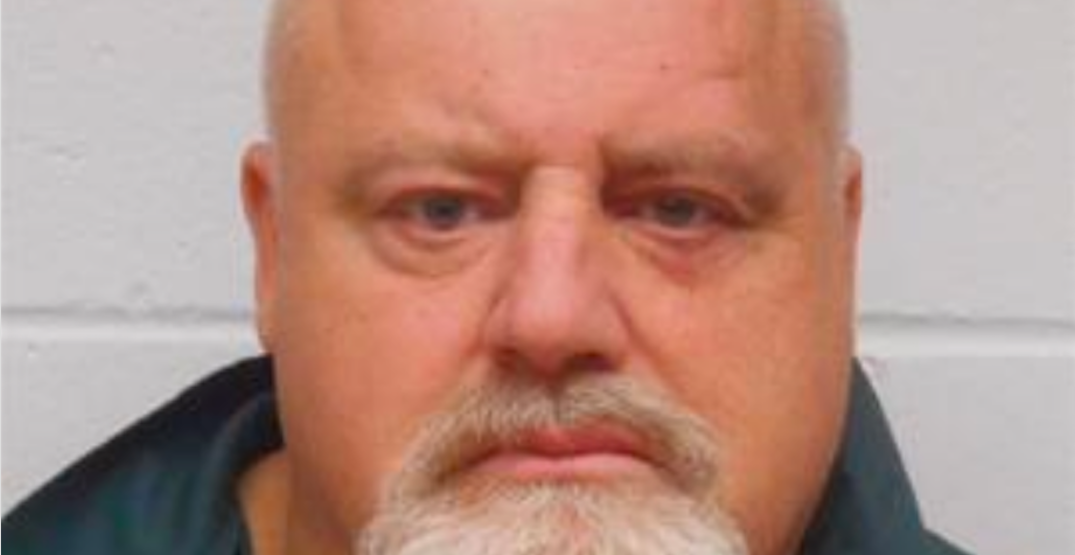 Vancouver police are warning the public about a “high risk” sex offender who they say is now living in Vancouver.

In a release, police said they believe “compelling circumstances exist” to warn the public about Brian Abrosimo, who “poses a risk of significant harm to the safety of adolescent and adult women, including strangers, and acquaintances.”

His sentence started in June 2006, and a 10-year Long Term Supervision Order will start when his custodial sentence ends in October 2020.

Abrosimo is described as white, 5’10” and 240 pounds, with grey shaved hair, hazel eyes, a grey moustache, and a goatee.

He will be bound by the terms of his statutory release, which include the following conditions:

Police said anyone who sees or knows of Abrosimo violating any of these conditions is asked to call 911 immediately.