Canada isn’t typically known for being a country filled with danger. On the contrary, it’s often regarded as being one of the safest in the world.

According to Maclean’s annual Most Dangerous Places in Canada report, Thompson, Manitoba is the most dangerous city in the country.

The report analyzed 237 cities and communities in Canada from coast to coast.

The report revealed that British Columbia and Manitoba are home to three of the top 10 most dangerous places in the country, followed by Saskatchewan with two, and Alberta and Ontario with one. 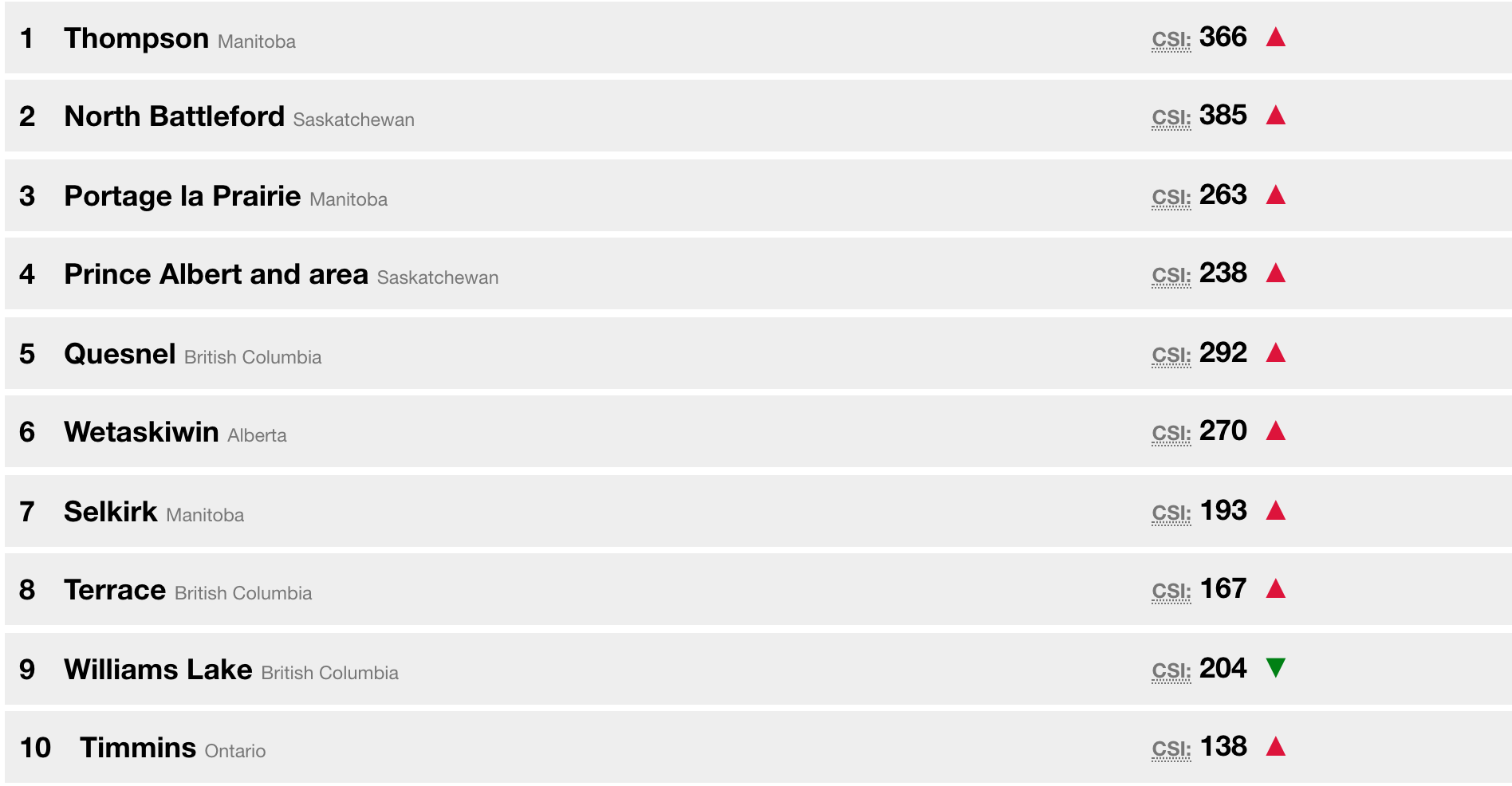 Most Dangerous Cities in Canada 2020

As for Canada’s larger cities, Edmonton landed in the 25th spot, with a CSI score of 129, while Toronto trailed shortly behind in the 39th spot and a CSI score of 66. Both cities saw their crime rate rise from the previous tear.

Finally, Calgary’s crime rate also rose, bringing it to the 71st spot with a CSI score of 90.