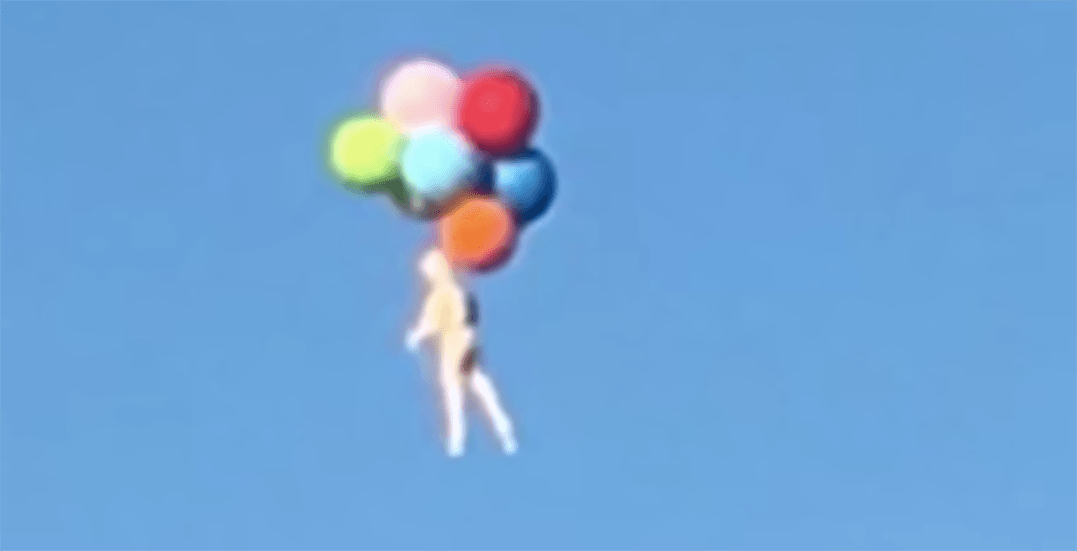 A video of two teens releasing a blow-up sex doll over Ambleside Park in West Vancouver has recently surfaced online.

The incident took place nearly a month ago, on Thursday, July 3 at approximately 8 pm.

The video was uploaded by HighDmand, who overheard the naked doll being named “Brittany.”

The person who uploaded the video also noticed a police officer watching the two boys from his truck.

That same officer arrested the two and seized their filming equipment. The pair were hoping to post the stunt on Youtube and other forms of social media.

The doll, which was tied to multiple helium balloons, was a violation of the aeronautics act. While in the airspace, the balloons posed a serious risk to aircraft, whether it be by engine intake or obstructing vision.

The two boys, both 19-years-old, were released pending further investigation.

You can read the full story here.