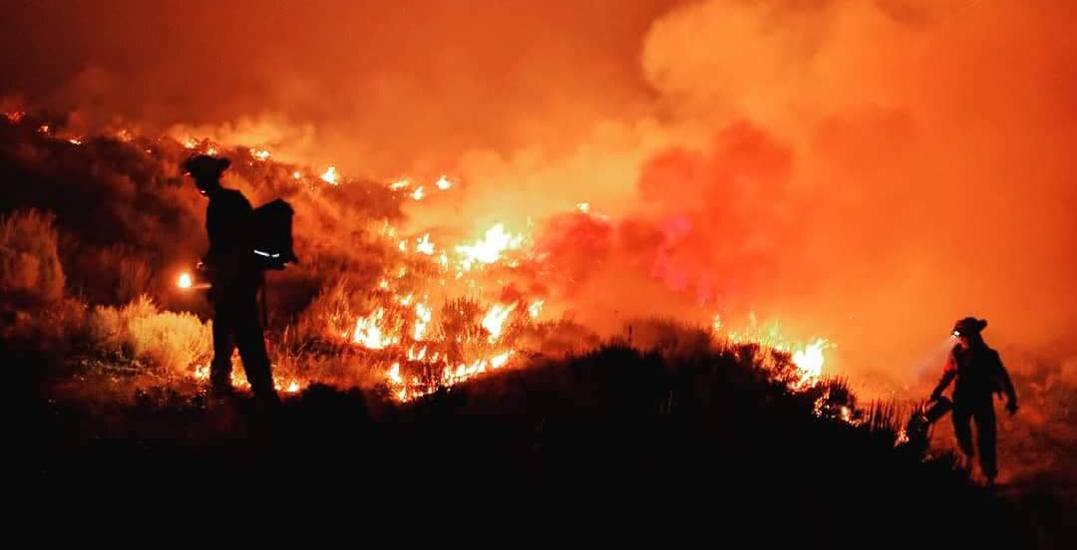 Significant progress is being made by fire crews in combatting wildfires in the Okanagan Valley.

Burn operations were performed over the past weekend, an operation that was meant to merge the Mt. Eneas wildfire with the Munro Creek wildfire.

The planned ignitions that took place this afternoon on the Mount Eneas and Munroe Lakes #BCwildfire were successful. They are now combined and will be referred to as the Mount Eneas wildfire moving forward. As a result of these 2 fires merging, this fire is now ~1,516 has. pic.twitter.com/czzpJ0WZdJ

Although the Mt. Eneas wildfire is still out of control, the fire perimeter that crews have to manage has been reduced to approximately 1,516 hectares four kilometres south of Peachland.

The burn managed to bring the wildfire off of steep slopes and onto workable, safer terrain for ground crews.

An earlier state of local emergency, which was declared early on Friday morning, was rescinded, with hundreds of residents returning to their homes.

The emergency support services reception centre that was set up at Lakeview Heights Baptist Church was also closed.

All properties remain on evacuation alert, however, affected residents must be prepared to leave their homes at any time.

As of earlier this morning, more than 240 BC Wildfire Service personnel were in the area fighting multiple fires.