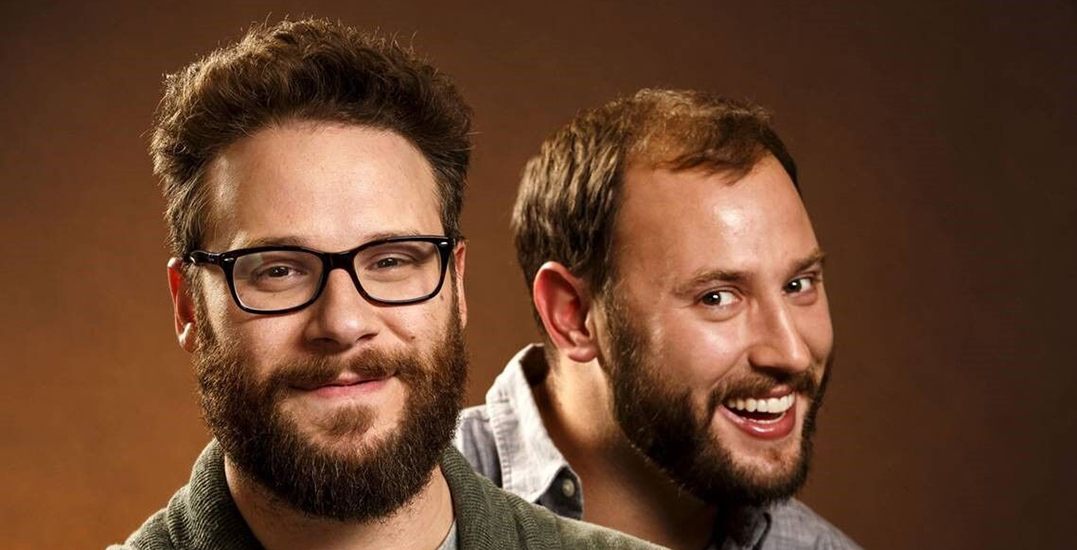 Courtesy of Just For Laughs

A dynamic pair of comedians will be paying a visit to Vancouver this February.

Hometown heroes Seth Rogen and Evan Goldberg are the latest to join the Vancouver Just for Laughs Film Festival, which runs alongside JFL Northwest. The duo is famous for a number of prolific comedies, such as Superbad, Pineapple Express, The Interview, This is The End, 50/50, and Sausage Party.

Rogen and Goldberg will be joining some elite names in comedy. Gabriel Iglesias, Ken Jeong, Whitney Cummings, and Aziz Ansari are just a few performers who will be in Vancouver for the second annual JFL Northwest comedy festival, which takes place during the same time.

The filmmaking dream team will be hosting an intimate in-conversation event, taking a retrospective look at their greatest works, sharing their highlights, and giving audience members a glimpse of what’s coming next.

Kicking Back with Seth Rogen and Evan Goldberg will take place on Friday, February 15, at 10 pm at the Vogue Theatre.

The Just For Laughs Film Festival takes place in Vancouver from Thursday, February 14 to Saturday, February 23; JFL Northwest will take place across several theatres and venues during the same time.

Kicking Back with Seth Rogen and Evan Goldberg