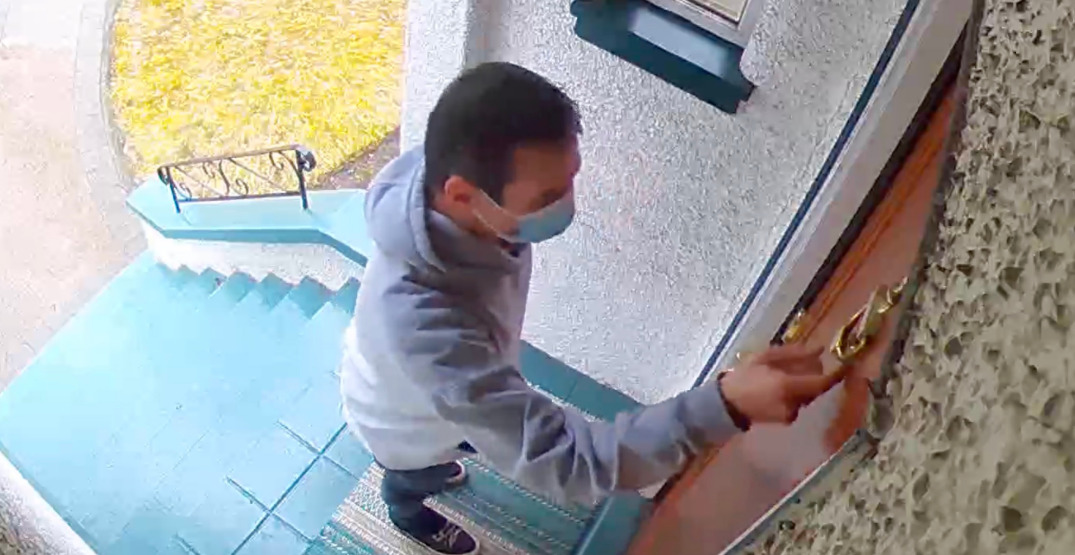 A person of interest (VPD)

The Vancouver Police Department is warning seniors about an alarming new scam where fraudsters are convincing older adults that their loved ones have been arrested.

The scam was first reported to the VPD back on January 12, and it involved a west-side couple.

The couple, who were somewhere in their 70s, got a call from a man who claimed their nephew had been involved in a car accident and that he needed $8,000 to get out of jail.

Later that day, a 75-year-old Kitsilano resident received a call of a similar nature, claiming their nephew was in jail after being in a car accident and needed $9,000 for bail. The victim ended up handing over the money when the fraudster went to the victim’s house.

According to the VPD, it’s not uncommon for scammers to target seniors.

“What’s different and concerning is that fraudsters are now showing up at the victims’ doorsteps to collect cash,” said VPD Constable Tania Visintin in a statement.

The VPD calls the scam “brazen” and says they’re very concerned about the safety of senior residents in the city.

“Both cases are now being investigated by VPD’s Financial Crime Unit,” said Visintin.

VPD has released a video of a person of interest that shows a man wearing a mask approaching a home, seemingly taking some money from someone who answers the door before walking away. It is not clear whether the person in the video is a suspect or not.

Vancouver police don’t currently know whether the frauds are being committed by a single suspect or multiple people as part of an organized group.

“We’re reaching out to other police agencies to determine how far-reaching this scam is. Until we know more, we urge everyone to be cautious about strangers who ask for money.”