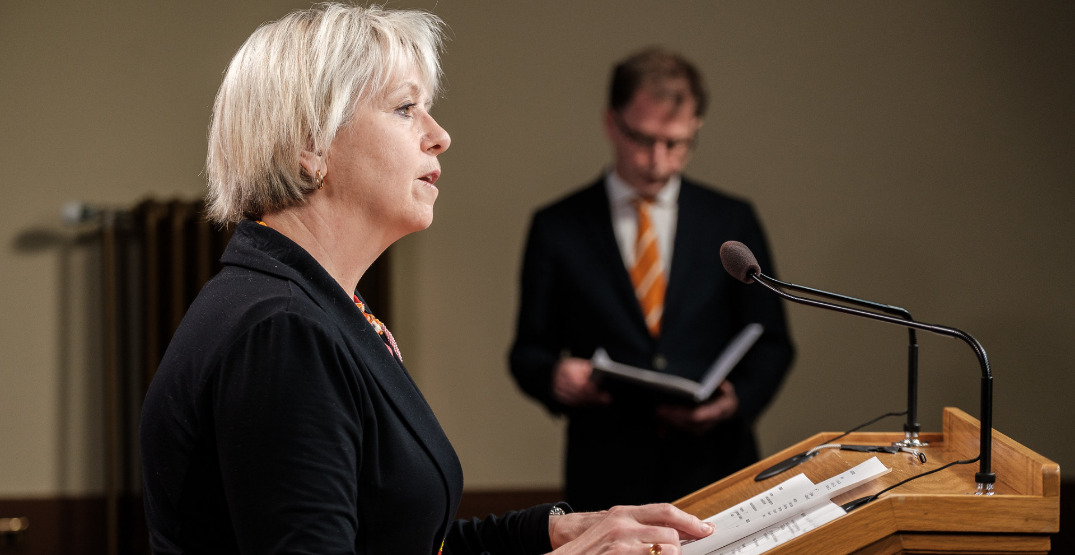 BC health officials have revealed the latest modelling data for COVID-19 in the province, including some data on the severity of Omicron cases.

At a press conference on Friday morning, Provincial Health Officer Dr. Bonnie Henry announced that BC had likely hit its peak for Omicron cases last week.

She also believes we’ll hit the peak for hospital admissions sometime next week.

BC has had a growing number of hospital admissions over the last few days, and yesterday BC hit a new record with 534 hospitalizations.

During the press conference, Henry addressed Omicron’s severity and seemed to come to the conclusion that people that are being hospitalized in general are not seeing symptoms as severe as with the Delta variant. As a result, while more people are being admitted to hospitals, the severity of the cases isn’t as severe.

People who are vulnerable or immunocompromised are still at a higher risk of severe infection. While all the talk these days is about Omicron, in December, most people being hospitalized tested positive for the Delta variant.

Henry also pointed out that while Omicron tends to be less severe, it can still lead to severe illness in those who are unvaccinated.

When it comes to how quickly Omicron is being spread, the modelling assumes that transmission is currently 20% lower than it was between December 14 and 23.

Henry looked at jurisdictions around the world and compared BC’s trajectory, and it suggests that we could see a downward trend in the Omicron wave in the coming weeks.

BC is currently under two sets of health orders, or restrictions. The closures of gyms and fitness centres, bars and nightclubs, along with indoor gatherings and limits on the size of groups at restaurants, are set to expire on January 18.