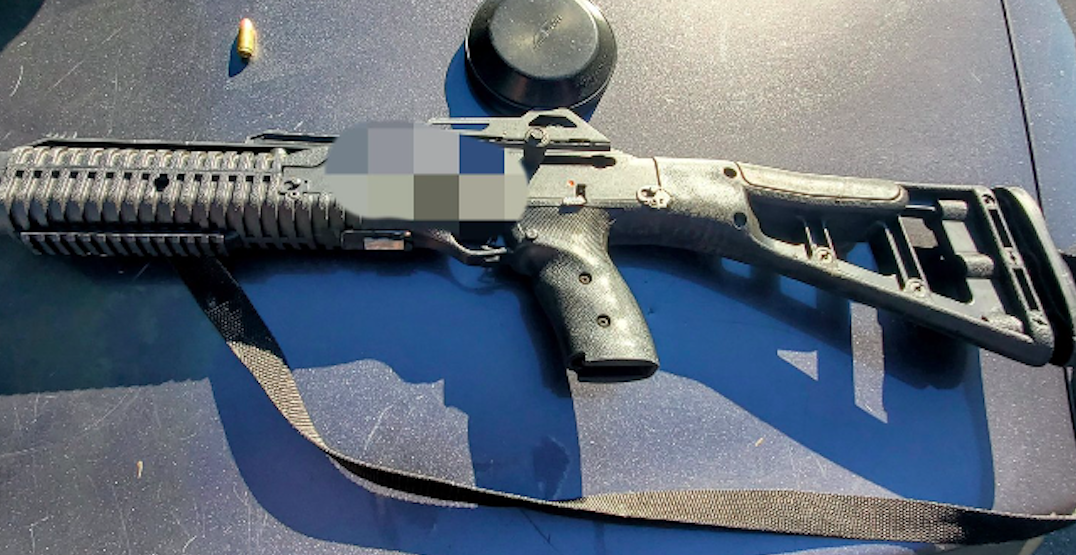 The VPD’s forensic identification unit has been called in to try and identify the owner and origins of a semi-automatic rifle that was recently found in East Vancouver by a construction worker in the area.

According to VPD Const. Tania Visintin, the discovery was made just before 9:30 am on September 10, in the area of Prior Street and Heatley Avenue, in the city’s Strathcona neighbourhood.

On Wednesday, Visintin told Daily Hive the gun was found in a “tent bag” on the street before it was seized by police, and a search for video surveillance was conducted.