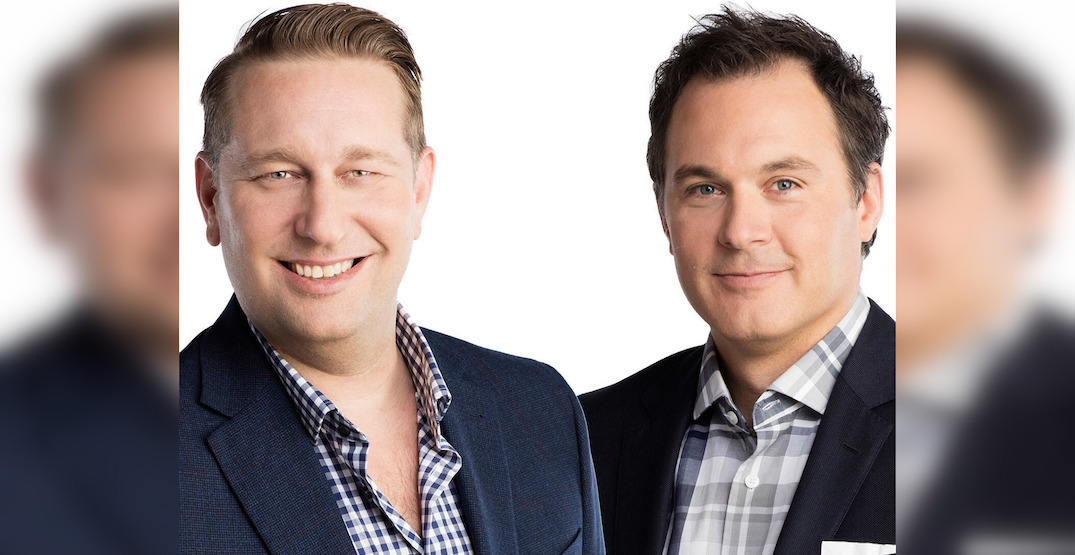 Matt Sekeres and Blake Price are back on the air, as the former TSN 1040 hosts debuted their new show on Tuesday.

Their first broadcast was a standard podcast, available on multiple platforms, but the longtime duo revealed bigger plans are ahead for the new incarnation of the Sekeres and Price Show.

“The public support has been amazing and we’re excited to be a show by the community, for the community, meeting the coverage expectations of BC sports fans,” Sekeres told Daily Hive.

You can listen to their first show in full here:

Sekeres and Price will eventually air live from 3 to 6 pm, Monday to Friday — just as it did on TSN 1040.

“We felt like that was what our audience expected out of us, that it had to be live, that we have to be able to interact and engage with them in a live space, and that it should be in the build-up to Canucks games, which of course, most of them here at home are at 7 pm,” said Sekeres. “So that became something that [was] core to us early on.”

The news follows the announcement that Don Taylor and Rick Dhaliwal will host a live show on CHEK television, which will also be available online and in podcast form, beginning April 5.

“Here’s the great part about this,” Sekeres said. “This is by the community, for the community. There is no big telecom middleman.”

We’ll have to wait a little bit before Sekeres and Price becomes a live show again — a slow build-up before the masterplan gets put in place. While no specific date is set, the hope and expectation of the broadcasters is to become a live show well before the fall.

This spring marks a “soft launch” for the show, Price explained, with a grand launch planned for the start of the next Canucks season. They’ll produce a podcast multiple times per week before the live show eventually launches.

“We could shell out a ton of money and probably get everything up and going, but we want this to succeed long term, folks,” Price added. “We’re trying to build this ourselves from the ground up so that we’re here, not only in five weeks, not only in 10 weeks, but in 35 weeks… That’s why we are taking our time.”