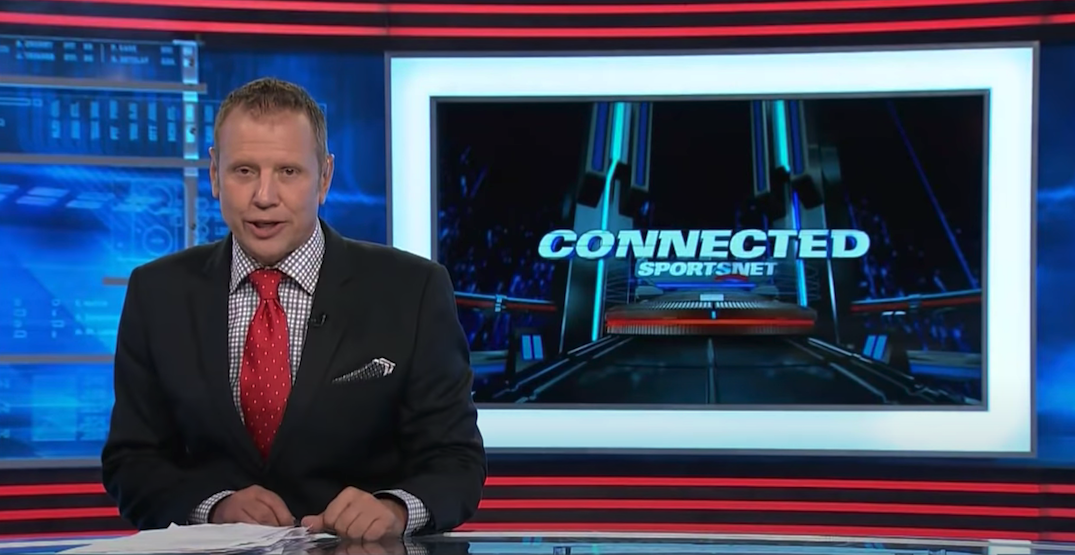 Don Taylor is headed back to television, and he’s bringing two former TSN 1040 colleagues with him.

Taylor teased his return to the airwaves last week, saying it would “involve some friends from 1040.” This week, he promised “Rick’s return,” posting a photo of his friend and long-time colleague, Rick Dhaliwal.

Daily Hive has learned that Taylor and Dhaliwal, along with former TSN 1040 producer Ryan Henderson, will be part of a new television show on CHEK TV, where Sports Page found a home for four years from 2001 to 2005.

Dhaliwal will co-host with Taylor, with Henderson producing the show.

Fans will no doubt welcome Taylor’s return to TV as he was much beloved during his time on Sportsnet and Sports Page. Details about the show are still being fine-tuned, but expect a combination of Taylor’s television style mixed with the radio show.

Bob “The Moj” Marjanovich, Taylor’s former TSN 1040 co-host, is still weighing his options. “Moj has a lot of loyal sponsors behind him and could see himself return to either a radio station or podcast in the near future,” one source said.

Marjanovich was also the play-by-play voice of the BC Lions on radio over the last few years. The Lions are said to be fans of Marjanovich, and are hoping he remains in the role when the Leos find their new radio home, wherever that may be. Rumours are still swirling about a return to the CKNW airwaves, among other places.

Former TSN 1040 PM drive hosts Matt Sekeres and Blake Price have announced they are “staying together.” On Wednesday evening, they provided a link to an audio promo, encouraging fans to subscribe to their new podcast, which will debut shortly.

Soooo… have you heard? Like literally “heard”? Sekeres and Price is coming back soon. And we had a short chat about it. Longer chats coming! Apple link is below, but find it on your favourite pod platform! And yes, #LogoStillUnderConstruction https://t.co/IYNvd7bbnQ pic.twitter.com/9Usyfn13Uc

Many of Sekeres and Price’s guests and sponsors are expected to be similar to those involved with the 1040 incarnation of the show. Their producer, Andrew Wadden, will also be part of the new show.

Sekeres and Price hope to launch with full daily programming shortly, but those details are still in the works. If it’s effective in downloads, listener engagement, and sponsorship, you could see other former 1040 hosts join the mix as well, namely former morning show hosts Mike Halford and Jason Brough.