We’ve seen tons of games there. Huge games. Game 7 against Chicago in 2011, Game 5 against San Jose. Roberto Luongo’s first playoff series win against Dallas in 2007, and so many others over the years.

Overtime playoff games are electric, but there’s always a nervous energy: the silence between whistles, a chill that rips through all 18,500 spines every time the opposition gets a shot on net.

But this game, this was a party. Overtime especially. Fans were on their feet the entire time. There was no fear. The crowd was a volcano, just waiting to erupt.

And you know how it ended.

The amazing thing was how real it all was. No slight against the Canucks – they did a great job with tribute videos and prompts – but it was the cheers that erupted organically, the spontaneous ovations, the unscripted chants – those showed how much Vancouver truly loves the twins.

An hour before the game, thousands were already in the stands waiting for the pre-game skate. 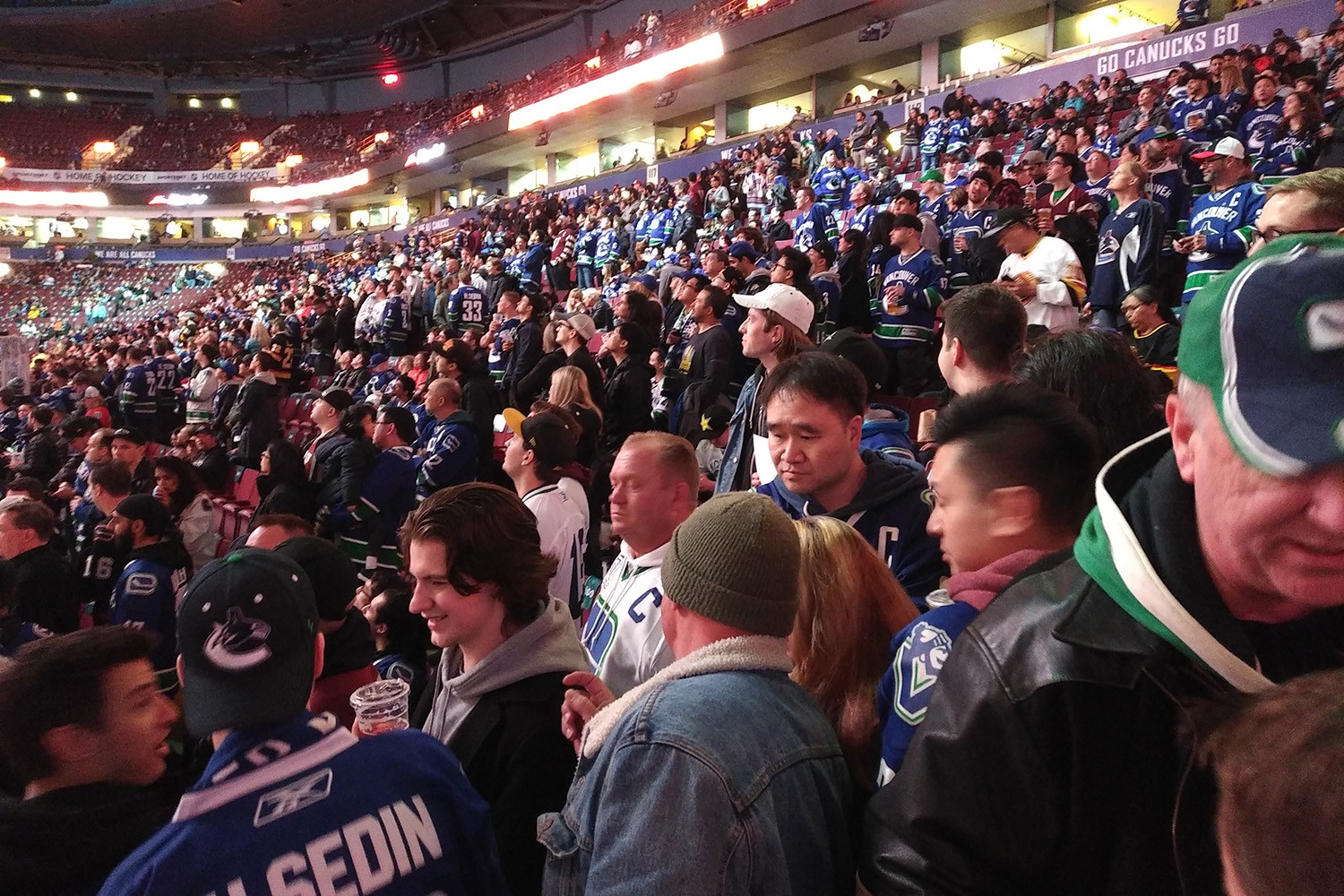 Forty minutes before the pre-game skate!

Every time the Sedins stepped on the ice for a shift, a bolt of energy surged through the stands. No matter what each fan was distracted by a moment earlier, they were all focused on the ice again.

They did the Viking Clap and an extremely energetic wave too.

There’s a lot of Viking clap going on here..m pic.twitter.com/STekxo7o6f

And all that was before the third period, which was beyond anything words can explain. I suppose “lit” gets close to the image I’m trying to portray.

In the third there was a standing ovation everytime the twins stepped on the ice. There was another one before every faceoff they took. And yet another for every shot they took on net.

Every puck drop was delayed, and maybe that’s what the fans wanted – to prolong the Sedins’ last game in Vancouver that was flying by faster than anyone in this city wanted.

They wanted more hockey, more Sedin magic, and they got it with overtime.

Even the Canucks’ PR staff couldn’t have planned that out. You have to admit it’s too ridiculous to be a coincidence. Are the Sedins the “Hockey Gods” in the flesh?

The Canucks mobbed the twins in celebration, just like they did after Alex Burrows’ Dragon Slaying goal. And the fans – they didn’t stop cheering for the next 20 minutes. 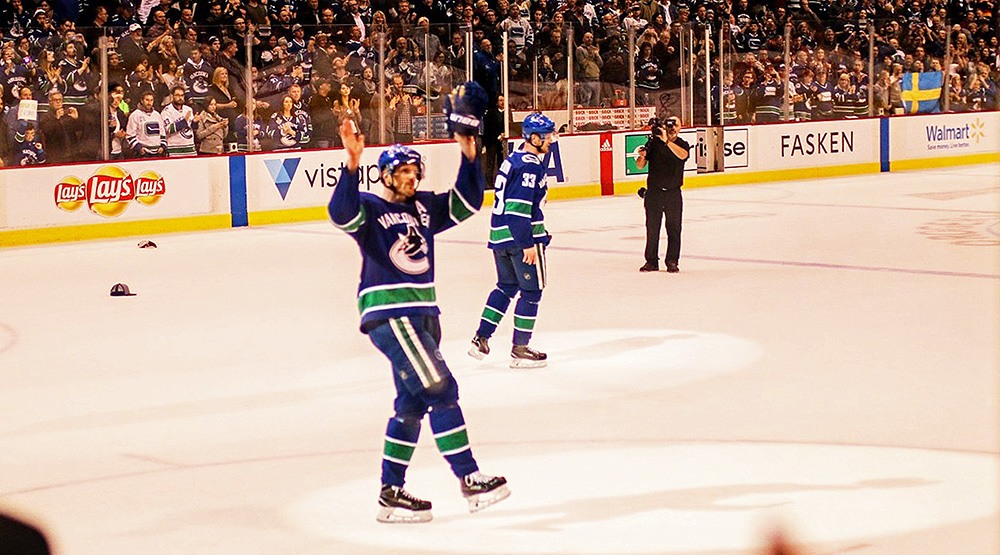 Daniel and Henrik circled around the ice twice afterwards, saluting the insatiable crowd. Then, after being named co-first stars of the game, they circled and waved again.

The end of the greatest era in Canucks history so far.

Canucks Nation united once more, and that’s no easy feat these days. Of course, if anyone could do it, they could. It was magical. It was Sedinery. It was perfect.

And it was a night no Canucks fan will ever forget for as long as they live. 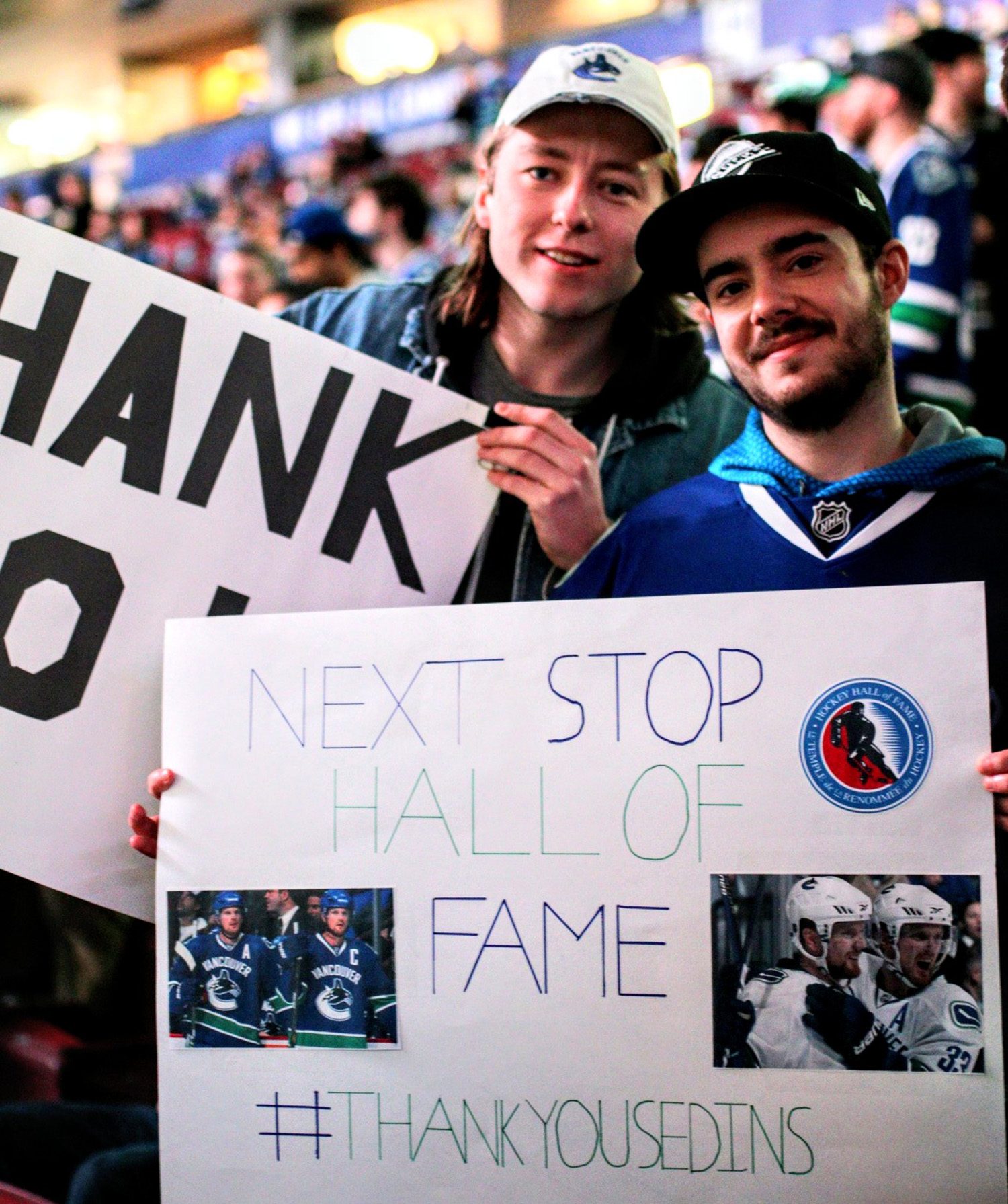