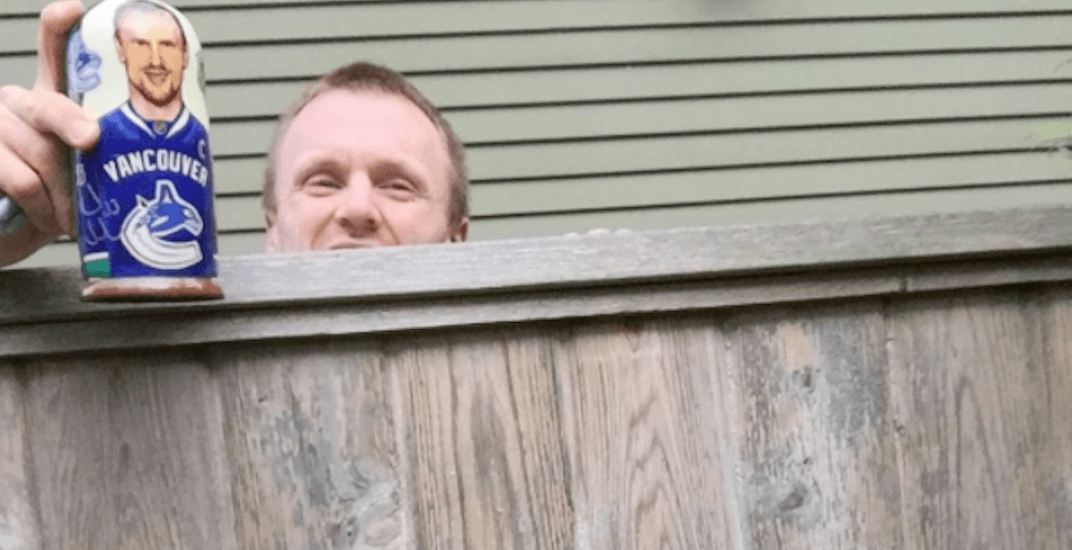 It’s nice to know your neighbours.

You know, someone to exchange pleasantries with. Someone to help you out from time to time. Someone to discuss the power play with.

Randy Lum, the owner of the Eatery and General Public restaurants, got a surprise when he looked over his fence on Monday.

Canucks captain Henrik Sedin – it’s his 37th birthday today, by the way – is his new neighbour.

“[Henrik] and his wife Johanna are the sweetest people,” Randy told Daily Hive, who added he first discovered Henrik next door vacuuming.

Randy gave his new neighbour a unique present – a Henrik Sedin Russian matryoshka doll. He had two of them, getting Henrik to sign the other.

Randy captured the moment in this hilarious photo.

Before you ask, no, you’re not the only one who thought of Wilson from Home Improvement.