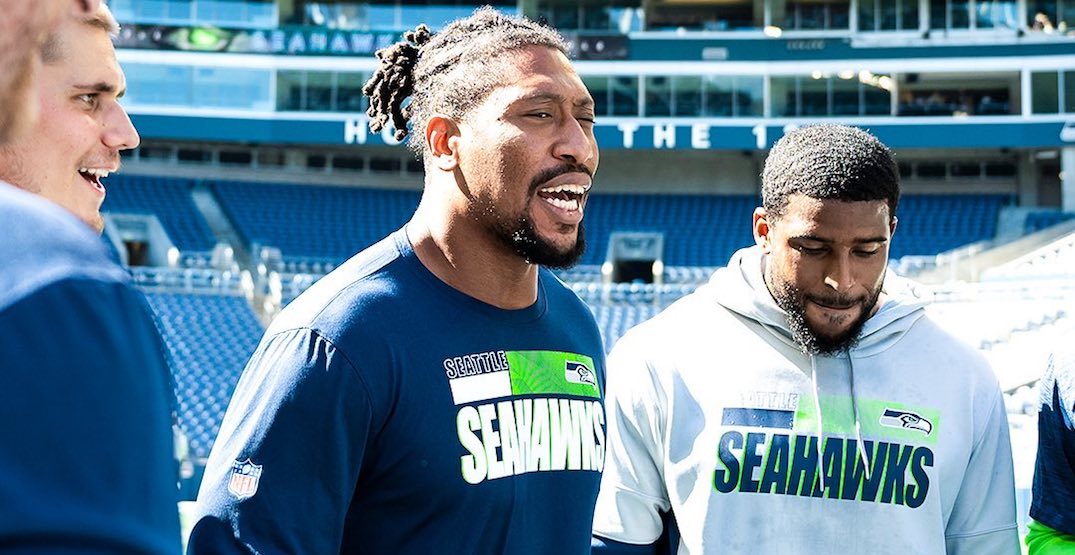 The Seattle Seahawks are standing up for what they believe in this season by displaying their support for social justice efforts on their uniforms.

Players and coaches of the Seattle Seahawks will be wearing decals on helmets and patches on hats with the names of several victims of systemic racism and police brutality. They will also be sporting phrases such as “Black Lives Matter,” “End Racism,” “It Takes All of Us,” and “Stop Hate.”

In addition, players will wear shirts that read “We Want Justice” during pregame warmups, a move that was organized by linebacker K.J. Wright who will pay tribute to Emmett Till on his own helmet.

According to Seahawks.com, the team is aiming to “highlight actions being taken by players, engage fans to act and give players and coaches a platform on gameday to share their voices and inspire change.”

“It’s bigger than football, so we’ve got to keep this going, let everyone see it, whether it sparks the conversation between a Black person and a white person, or whether a mayor sees this or a governor sees it to just get their minds right and see what we’re asking for and what we demand… We all know what’s right, and we all know what’s wrong. That’s what we’re doing, we’re fighting for what’s right, we’re fighting injustice to make this country better.”

The decision to wear decals on helmets and shirts with phrases that support the movement comes just one week after Seahawks head coach Pete Carroll held a discussion about what’s been going on around the world with his players in the locker rooms.

“This is a protest that doesn’t have an end to it until all the problems go away, and we solve issues and stuff,” Carroll told Seahawks.com. “So we’re going to do our part and continue to work to stay actively involved and continue to stay in touch with the situations that are going on by staying on the topics, just in hopes that we can be there to help and support when we can and have influence where we can.”

The Seahawks begin the regular season next week in Atlanta against the Falcons on Sunday, September 13 at 10 am PT.