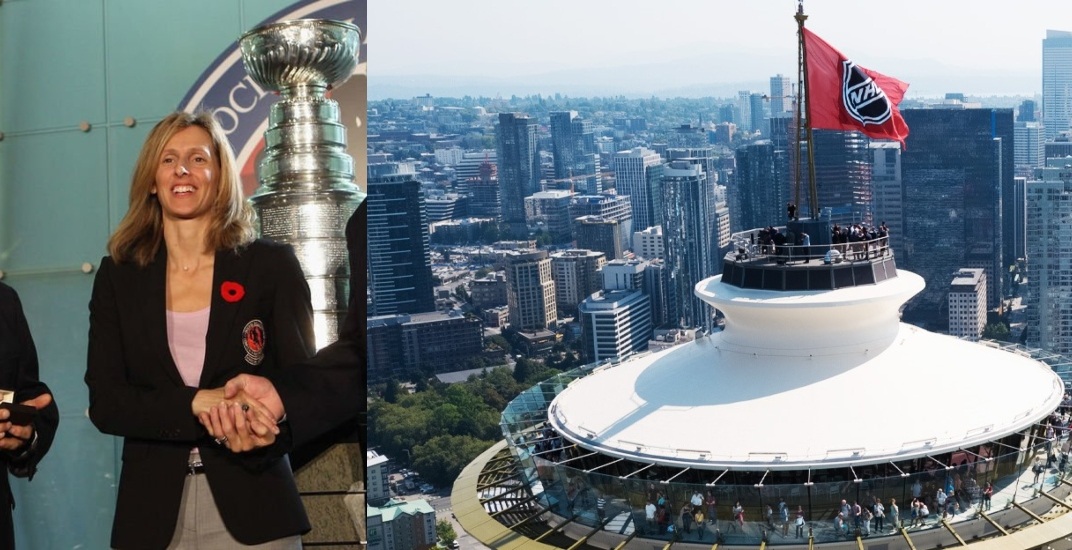 The new Seattle NHL franchise announced five hockey operations hirings today, with one in particular drawing a lot of attention.

After officially being awarded an NHL franchise in December of last year, the still unnamed Seattle team will begin play in the 2021-22 season. Pro scouts have been put in place with an eye on the expansion draft taking place in June 2021, when Seattle gets to pluck one player from every other team, with the exception of the Vegas Golden Knights.

Granato, who is considered one of the greatest female hockey players of all-time, is the first woman in league history hired as an NHL pro scout.

No stranger to making history in the sport, Granato along with Angela James became the first female inductees into the Hockey Hall of Fame in 2010. Granato captained USA to the first-ever Olympic gold medal in women’s hockey in 1998, and captured silver four years later.

The brother of longtime NHL player Tony Granato, Cammi will be based in Vancouver, where she lives with her husband, Ray Ferraro.

“I’ve had other NHL opportunities to get back into hockey,” Granato told NHL.com. “Seattle is the right fit for me and an exciting organization to join. It lined up as the perfect opportunity.”

Granato’s hiring comes just over a year after Canada’s greatest women’s hockey player, Hayley Wickenheiser, was hired by the Toronto Maple Leafs in a management role.

“What a time in sports right now, seeing all sorts of ceilings shattered by women,” added Granato. “If I can inspire someone to become a scout or work in an NHL front office, that’s amazing.”

Francis, for his part, was quick to dispel any rumours that this was a publicity stunt.

“I want to stress that Cammi’s resume is why she got the job,” he said. “She knows the pro game and its players.”