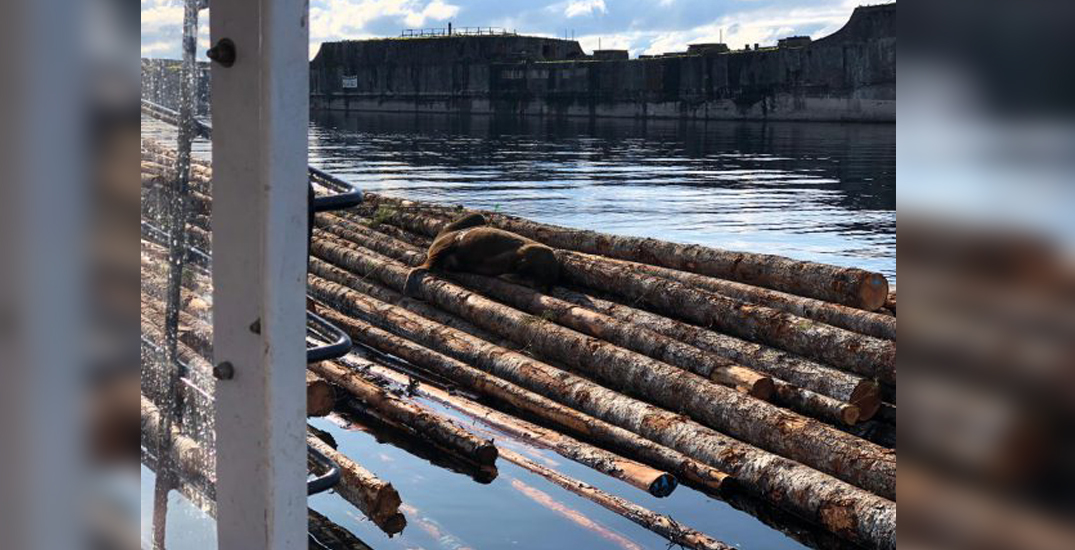 The Vancouver Aquarium is caring for a wounded sea lion found in Powell River, British Columbia, with a crossbow bolt embedded in its side.

The male California sea lion was found “suffering from horrific injuries” on a log boom near a mill in the coastal city, according to the aquarium’s website. He was transported to the aquarium’s Marine Mammal Rescue Centre on Tuesday.

Community members rallied together in an “epic rescue,” with a boat operator maneuvering the log bundle with the sea lion on top to shore, according to Emily Johnson, the rescue centre’s assistant manager.

The sea lion, which staff have named Archie, was severely dehydrated and underweight because being shot prevented him from foraging for food.

Archie is being treated with antibiotics, fluids, and pain medication for the necrotic puncture wound.

He’s the third sea lion in as many years to be admitted to the rescue centre because of injuries inflicted by humans, according to the Vancouver Aquarium. Two other sea lions that were shot in the head and blinded were rescued from Spanish Banks in Vancouver and the west coast of Vancouver Island, respectively.