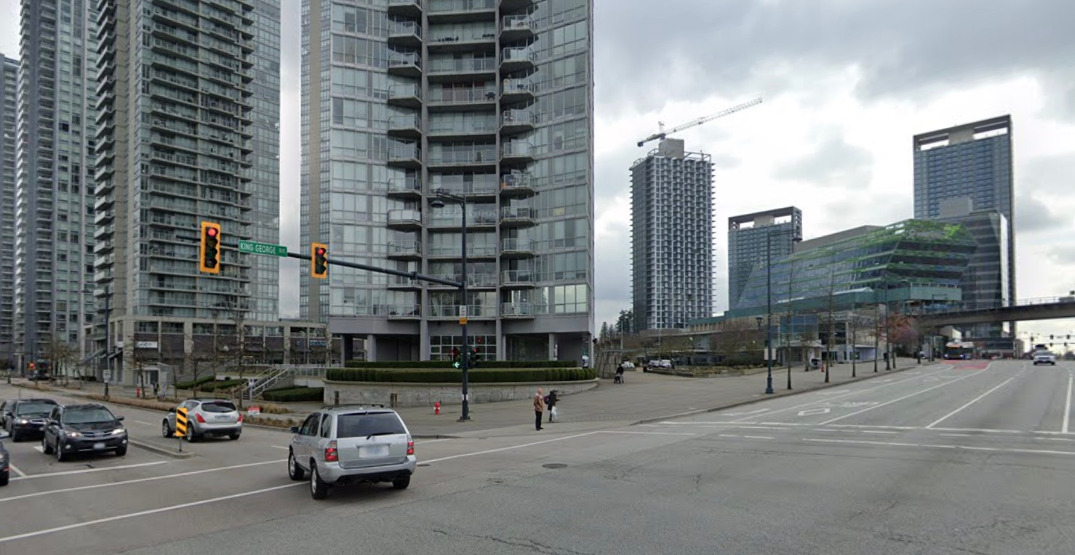 The approximate location of the assault (Google Maps)

Surrey RCMP is investigating an assault that occurred early Thursday morning in the Whalley neighbourhood of Surrey.

RCMP wants the public to know that the assault involved a sex worker in the hopes of raising awareness among the vulnerable group.

The assault took place at 2:24 am on May 5. Police received a report of a woman screaming and a fire alarm ringing in the 13500 block of Old Yale Road.

Officers arrived on the scene and found a woman who had been physically beaten by a man in the staircase of an underground parking lot. Surrey RCMP says the man fled the scene before the police were called.

Surrey RCMP’s Special Victims Unit (SVU) is conducting the investigation, and the initial findings are that the assault is linked to street-level sex work.

The Surrey Women’s Centre has a SMART Van that works with the SVU, and they’ve been engaged to share the information about the assault with their clients.

“In light of this incident, we are encouraging local sex trade workers to be extra vigilant to this additional risk to their safety,” Surrey RCMP Media Relations Officer Corporal Vanessa Munn said in a statement.

“The decision to disclose that the victim is a sex worker is to ensure that persons in this vulnerable group specifically, are aware of this incident and can take additional steps to be safe.”

A brief description of the suspect has also been released. He is described as a clean-shaven Caucasian man in his 20s with a slim build and brown hair.