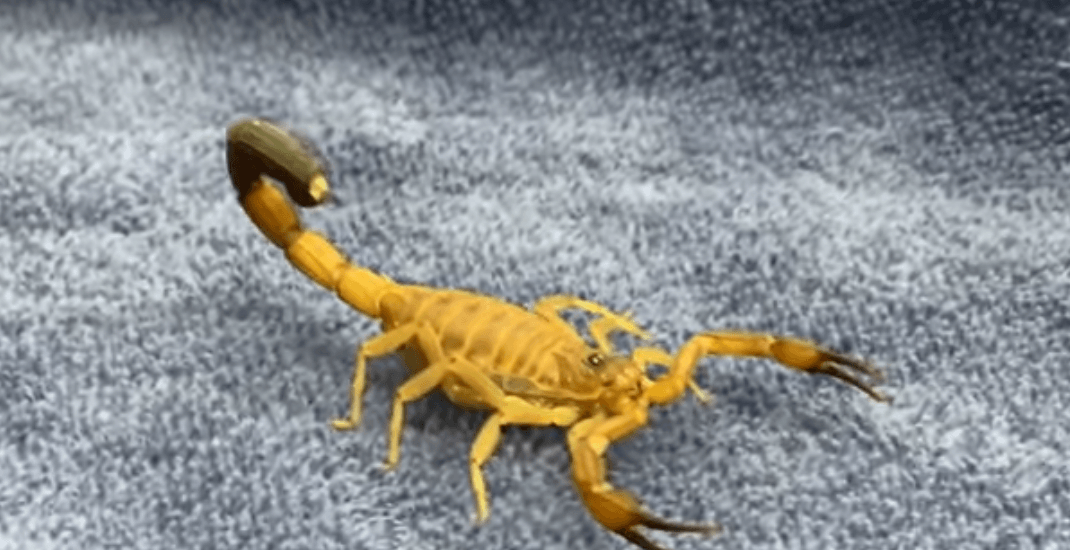 Gail Hammond was in her kitchen when she spotted something move. What was thought was a normal household critter ended up being a live — and venomous — scorpion in her Vancouver home.

Hammond documented the creepy discovery on her Facebook page. While many people would probably leave their house and never come back if they found a scorpion in their kitchen, Hammond transferred it into a plastic container with some water.

It’s still a mystery where the scorpion came from — but Hammond mentions that she recently came back from vacationing in Cuba. 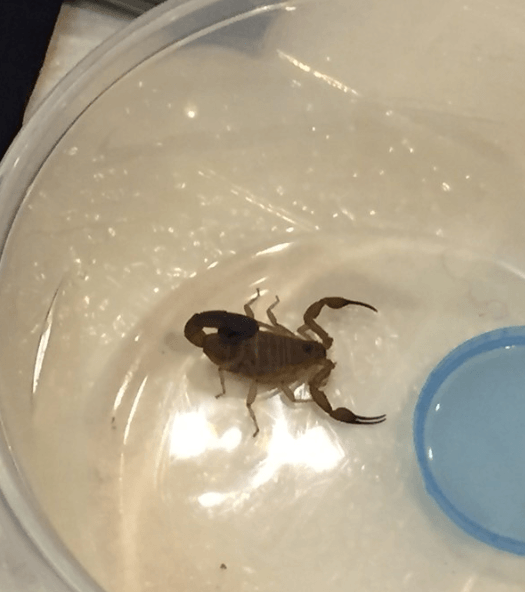 The scorpion Gail Hammond found in her home/ Facebook

Hammond then took the critter to Dewdney Animal Hospital where veterinarian Adrian Walton inspected it.

“We get these types of scorpions coming in a couple of times a year. This particular one we think is a stripped scorpion, which is normally found in the southern United States” said Walton in a Facebook video.

“The vast majority of these are not particularly toxic to people and are just really incredibly interesting animals to observe.”

Walton confirmed with Daily Hive that the scorpion was in fact venomous. “We know it’s in the bark scorpion family but we are still questioning the species.”

He suspects that it is pregnant due to its larger size.

Walton says that he will be travelling to Vancouver Island in the coming weeks to transfer the critter to its new home at the Victoria Bug Zoo.

The veterinarian also gave Hammond “major kudos” for handling the situation so responsibility.

“Most of the time when people find things like this, they get killed,” he said.

Ironically, Hammond is a longtime fan of the German rock band The Scorpions, and now she’s hoping the band will pay a visit to Vancouver.