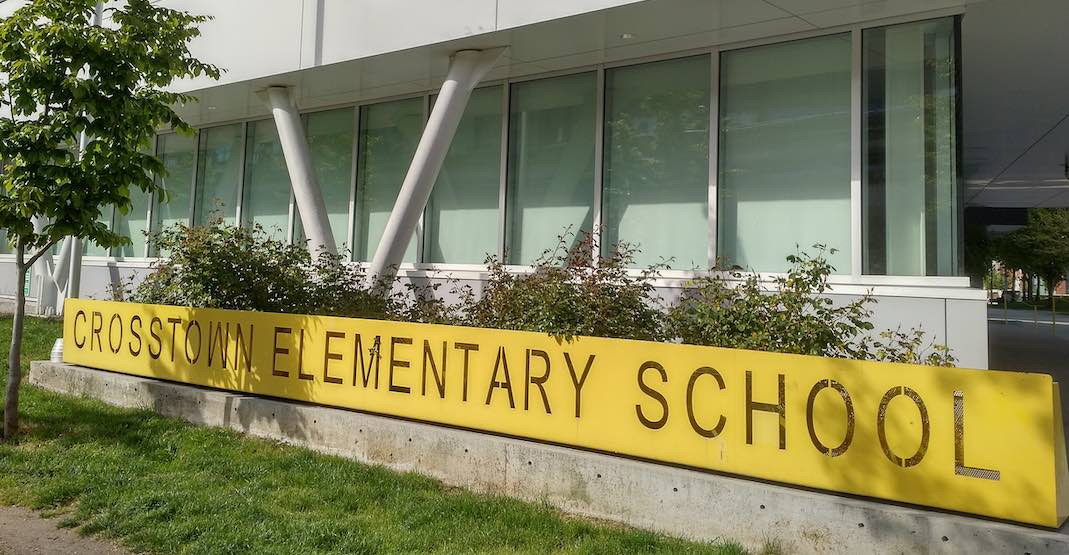 In the heart of downtown Vancouver you’ll find venues like BC Place Stadium and Rogers Arena, but you’ll also find Crosstown Elementary School on Expo Boulevard.

This urban elementary school opened its doors in 2017 and yet there’s barely a school zone warning sign in sight. Parents are voicing their concerns over the lack of signage and stop sign visibility at the intersection of Keefer Place and Taylor Street, saying cars are coming dangerously close to hitting kids — and often.

Parent Advisory Council (PAC) member Rupy Khera tells Daily Hive that she’s worried that it might take a pedestrian getting killed before anything is done.

“Myself, PAC members and community members have been at our wits end for like a year. I think more than anything we are just a bit flabbergasted,” said Khera. 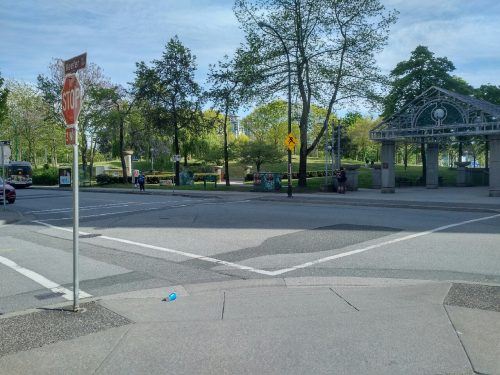 People are ignoring the stop signs

At times, the only way that people are able to cross the street is when Khera acts like a crossing guard by physically going into the middle of the crosswalk, putting her hand out and yelling “stop!” at the cars.

“The stop sign is the issue itself. It’s not that people aren’t seeing it, they’re just not acknowledging it. There are rolling stops and no stopping everyday,” said Khera.

The intersection of Keefer Place and Taylor Street is only part of the problem, as the school was opened despite there being a serious lack of school zone signs.

“You could walk around the school and not even know that the school was there. There’s no acknowledgement or signage, there’s nothing around,” said Khera.

Community members are grateful that the school was built, but Khera explains that there has been no consideration for the safety of the students and parents that walk to the school. 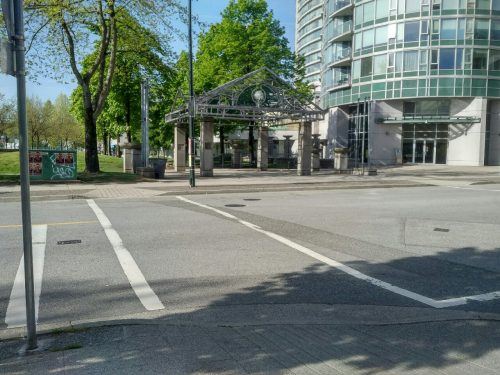 She added that it’s scary to think how many near misses or near fatalities happen on a daily basis, as she allegedly experienced first-hand almost getting hit.

“I was walking across the street with my sister, my son and my nephew, and a VPD SUV almost ran us over because of a rolling stop. It was shocking beyond belief and when I yelled so loud, the cop didn’t even get out of the car, he didn’t do anything. He just waited for us,” said Khera.

Since her near miss, Khera says she’s become even more aware and vigilant about just how bad the situation is.

Not a priority, says the city

Last fall, the City of Vancouver says it conducted pedestrian crossing studies on the intersection. Based on the results, the city determined that the intersection did not meet the necessary criteria, citing it had plenty of gaps in traffic to allow pedestrians to safely cross.

Therefore, the city concluded that they were unable to prioritize the intersection.

Khera says that this was a hard pill for them to swallow.

“My specific issue is that knowing what the city is talking to the PAC about and that there is zero consideration for this one intersection of Keefer and Taylor, which is the doorstep to the school,” said Khera.

Daily Hive reached out to the city and were told they’re working with the community to address their concerns in this area.

The city also said that they are in the process of removing one parking space near both stop signs on Keefer Place to increase the visibility of those signs. Additionally, there are now school zone signs in place. 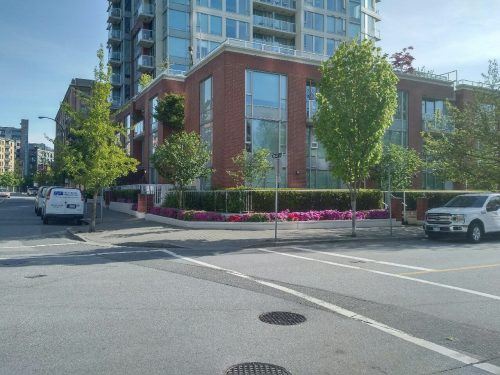 Safety should be a priority

The PAC has been in talks with its designated VPD Liaison Officer, so they are aware of the situation.

But Khera and the other PAC members still want more to be done, whether that be through building awareness or adding speed bumps.

“When we hear things like you’re just not a priority to us. I just don’t know which city councillor can sit back and say ‘this is okay’, because we’re not asking the city to fund millions of dollars,” said Khera.

“They don’t even have to invest a million dollars, but to not even acknowledge that anything needs to be done, it’s a disgrace.”