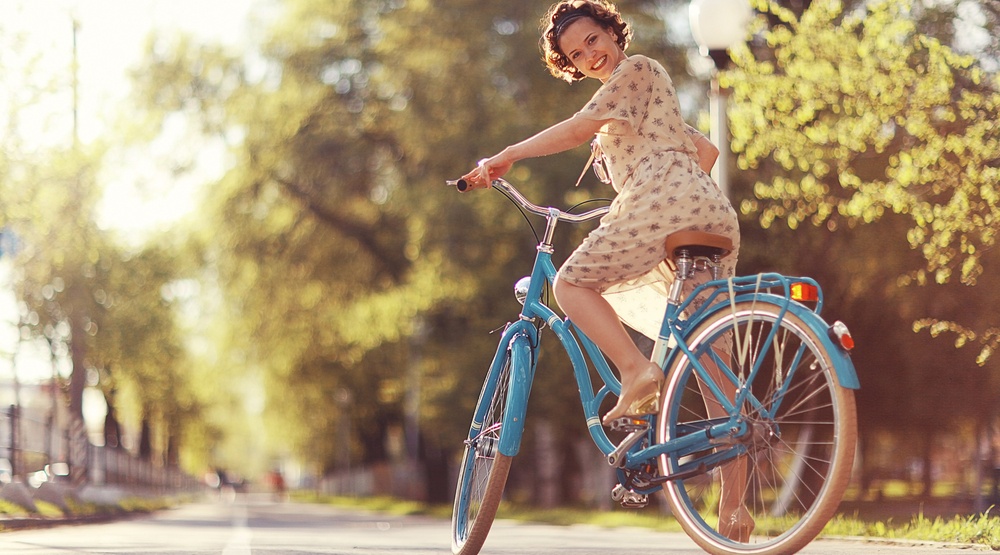 From the ocean to the forest, here are 10 scenic routes you can explore on your bike in Vancouver this summer.

You can also find more routes to take your wheels for a cruise with this City of Vancouver Bike Map.

Grab your helmet and make a day out of exploring these beautiful areas the city has to offer. 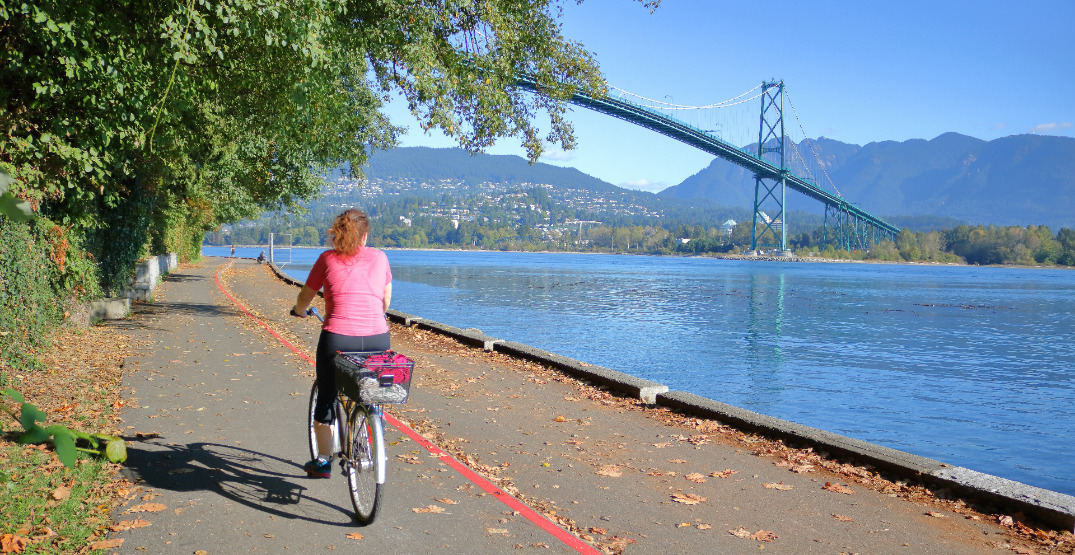 The stunning 28 km Seaside Greenway bike route begins at the Vancouver Convention Centre and takes you around Stanley Park to Spanish Banks.

You get the best of both worlds at Stanley Park — a gorgeous ocean and mountain landscape and a rainforest to soak up when you go for a ride. The park is 400 hectares of forest, with massive trees, and it’s filled with trails, beaches, landmarks, and wildlife to see.

Get your legs ready for a workout. You can reach the Lions Gate Bridge from Stanley Park on the south end of the bridge, and when you’re northbound, there’s a sightseeing spot where it overlooks Stanley Park, the city, and the North Shore.

When you’re ready to move, it’s a climb until you reach about the middle of the bridge, then you can coast to the bottom. When you reach the other side of the bridge, southbound, you have another great view of the ocean, the park, and West Vancouver. 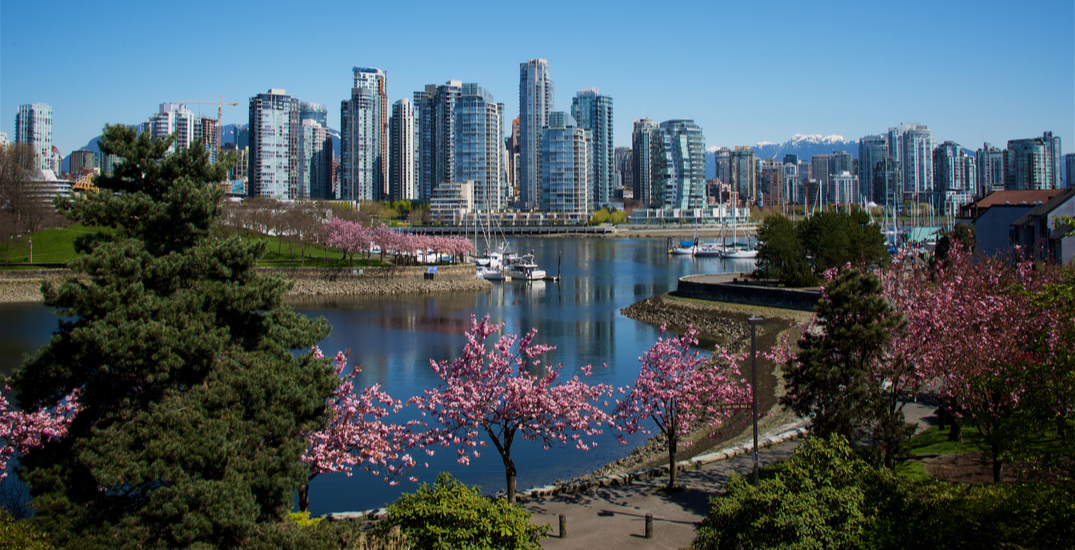 Biking from Sunset Beach to Jericho Beach offers another waterfront view. This stretch is part of the 28 km bike route we mentioned with Stanley Park. This popular route takes you around the sparkling water through Yaletown, Olympic Village, Granville Island, to Jericho. 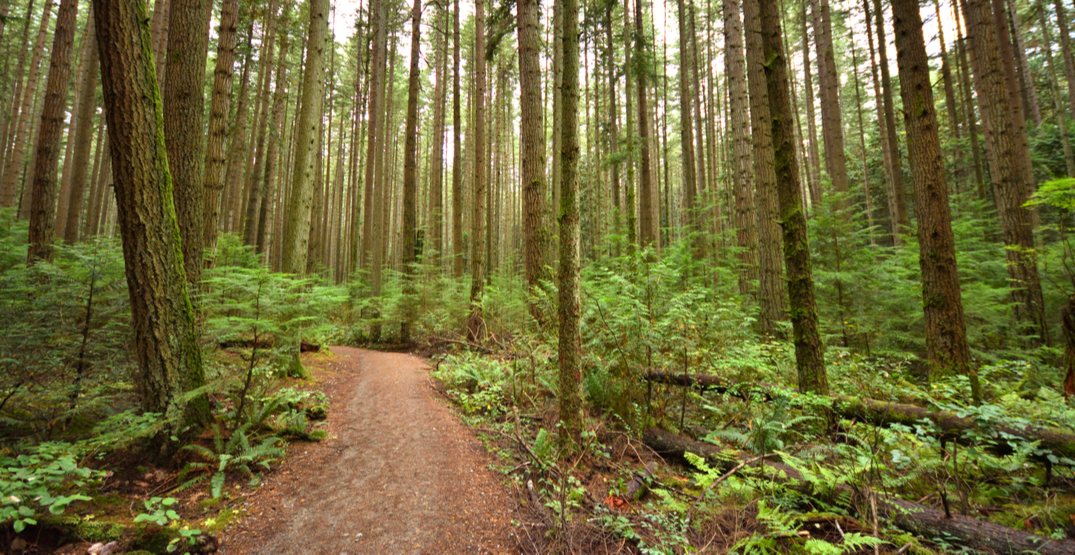 If you’re looking for a challenge, you can reach Pacific Spirit Park from Jericho on the uphill water’s edge, but the forested park is a great ride on its own as well. It has 90 hectares of park filled with kilometres of nature trails for you to check out.

The Arbutus Greenway is a 9 km stretch from False Creek to the Fraser River. You can ride or walk!

The 10th Avenue Corridor stretches from Trafalgar Street to Victoria Drive, and it has many cherry blossoms along the way! According to the City, around 500,000 people cycle this route a year, making it one of the busiest bikeways in Vancouver’s cycling network.

The Central Valley route is a commitment — this 25km stretch connects Vancouver and New Westminster, with off-road and street paths along the way. Starting in False Creek, it runs along the Expo and Millennium SkyTrain lines and all the way to the Fraser River.

This park has gorgeous views of the city, as well as gardens and trails to explore. It’s also easy to access with several entrances, including Ontario Street and West 33rd Avenue. This park also has tennis courts and a pitch & putt!

The bike stretch along Ontario Street is not for the faint of heart — it has one steep climb. This street connects False Creek and the Fraser River and has plenty of gardens along the way. Watch out for the speed bumps and traffic circles!

There are more than six hectares of land for you to cruise, with pedestrian and bike trails at and around Hastings Park. Plus there’s a great playground there for the kids and plenty of fields to play ball!