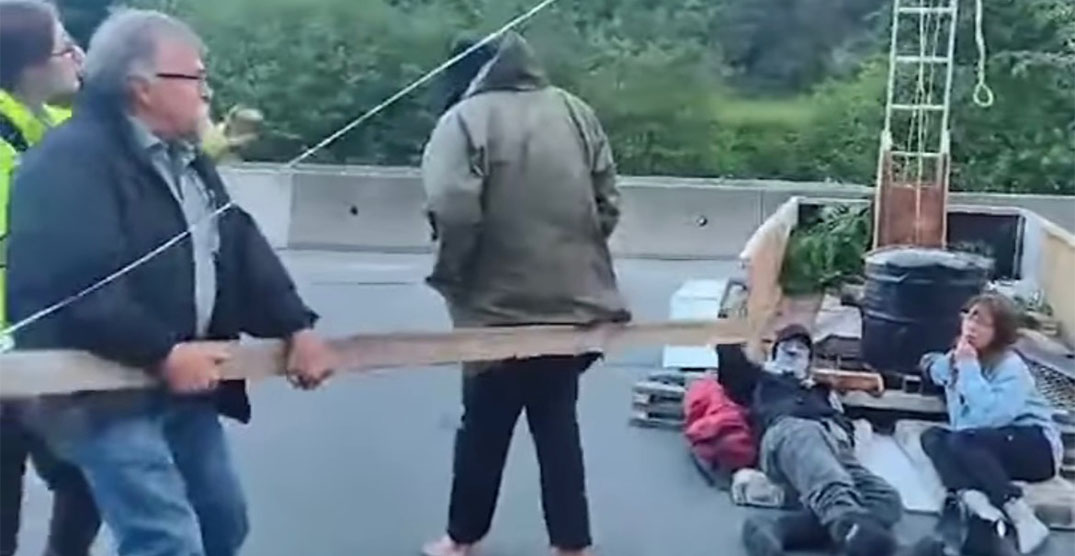 A Save Old Growth protester remains in hospital after the ladder he was sitting on fell over on a Vancouver Island highway.

Trevor Mckelvie, who goes by Red, was perched atop a ladder on Patricia Bay Highway on Monday as part of a protest to end logging of old-growth trees in BC.

An impatient driver who was held up by the blockade approached the ladder and ripped a piece of supporting wood off of it.

“This is a nonviolent protest,” demonstrators said.

“This is a non-violent protest, too,” the man said as he broke the beam off the ladder.

Minutes later, the ladder toppled over with Mckelvie still on it. 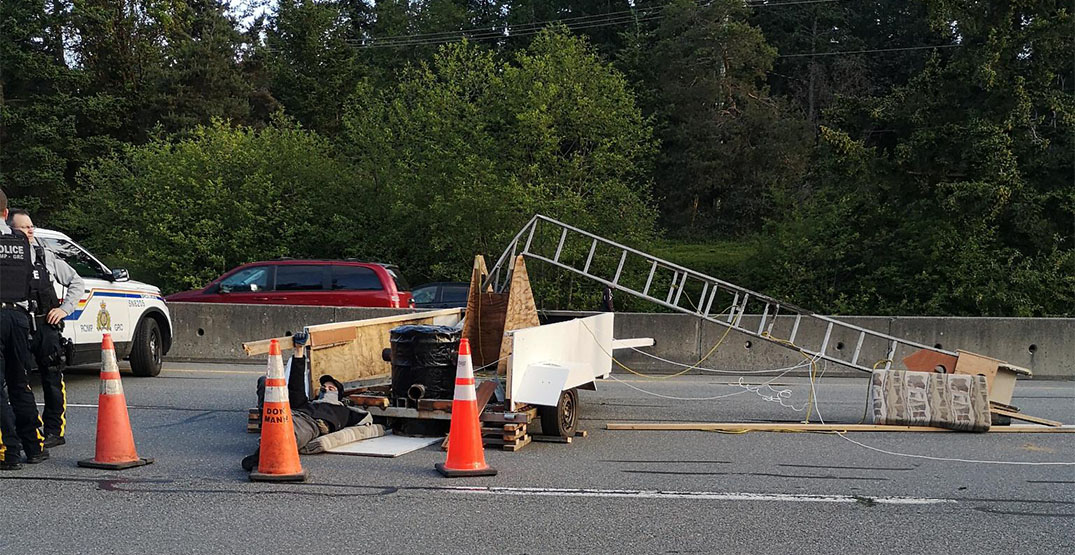 Some demonstrators noticed the ladder was leaning to the signed, and screamed and ran over to it as it fell.

Mckelvie fell from a height of about six metres, and was captured on video crashing onto the pavement.

As other protesters ran to assist, some drivers began honking.

According to a GoFundMe raising money for Mckelvie, the fall shattered his pelvis.

GoFundMe organizers say he underwent surgery Tuesday and he’ll take another six months to a year to recover from it. For the rest of his life, he’ll also have mobility complications and be at increased risk for arthritis.

He worked in carpentry and may not be able to go back to that field because it’s so physically demanding.

“Red (Mckelvie) has always been passionate about nature conservation and community. He was a volunteer firefighter for many years and went to Fairy Creek to support Canada’s biggest civil disobedience movement,” GoFundMe organizers said.

“His dedication and determination to environmentalism are incredibly admirable and stem from love and care. We are saddened and heartbroken that our dear friend Red is suffering from this tragedy.”

The man who broke the ladder also tried to drag away two demonstrators on the ground who had chained themselves to the structure.

Save Old Growth has been organizing blockades at traffic arteries in BC this week. In addition to the highway blockade near Victoria, it’s done protests at the Iron Workers Memorial Bridge, the Massey Tunnel, and the Horseshoe Bay ferry terminal.