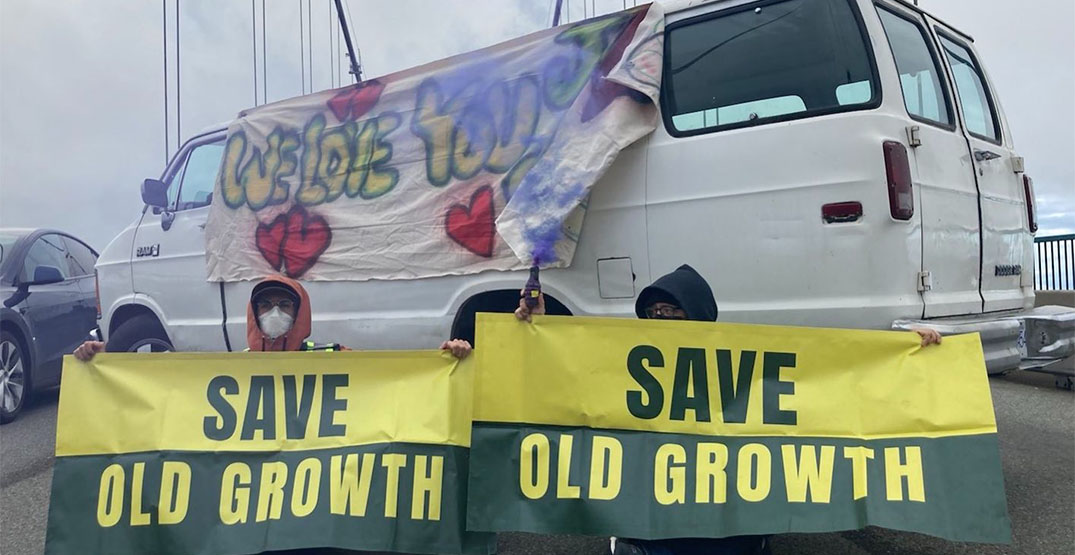 Traffic was snarled on the Lions Gate Bridge Wednesday morning as old growth logging protesters blocked lanes for a demonstration.

The demonstrators parked a van sideways across the bridge and sat in the lanes holding signs against cutting down ancient trees.

“Disruptions will continue until the BC government passes legislation to immediately end all old growth logging in the province,” the group Save Old Growth said in a news release.

DriveBC’s highway cameras showed traffic backed up along the bridge and through the North Shore during the busy morning commute. 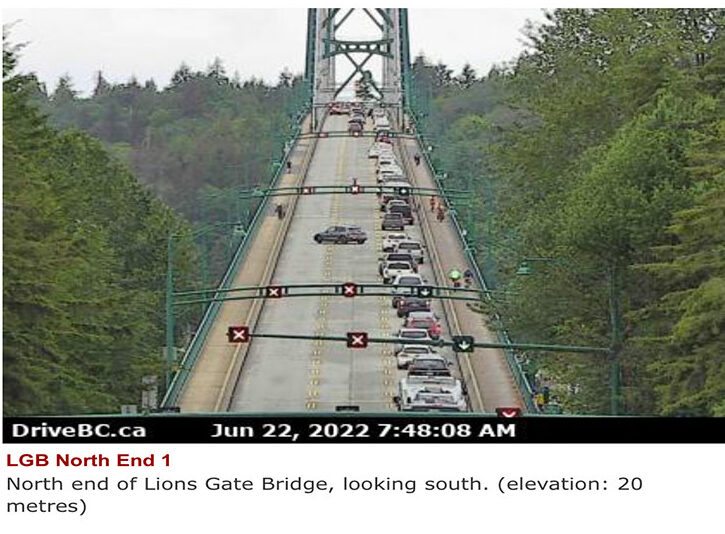 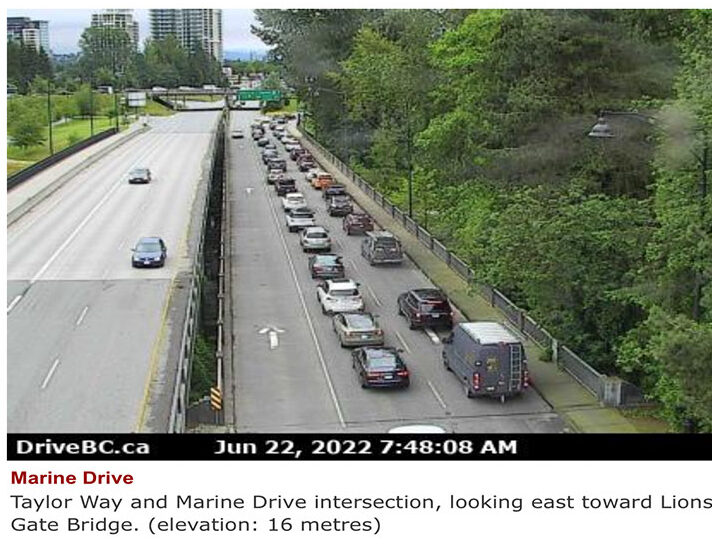 Save Old Growth has been organizing demonstrations over the past couple weeks blocking major highways and ferry terminals.

At one demonstration on Vancouver Island near the Swartz Bay ferry terminal, a protester fell from a ladder and broke his pelvis after an impatient driver removed a support beam.