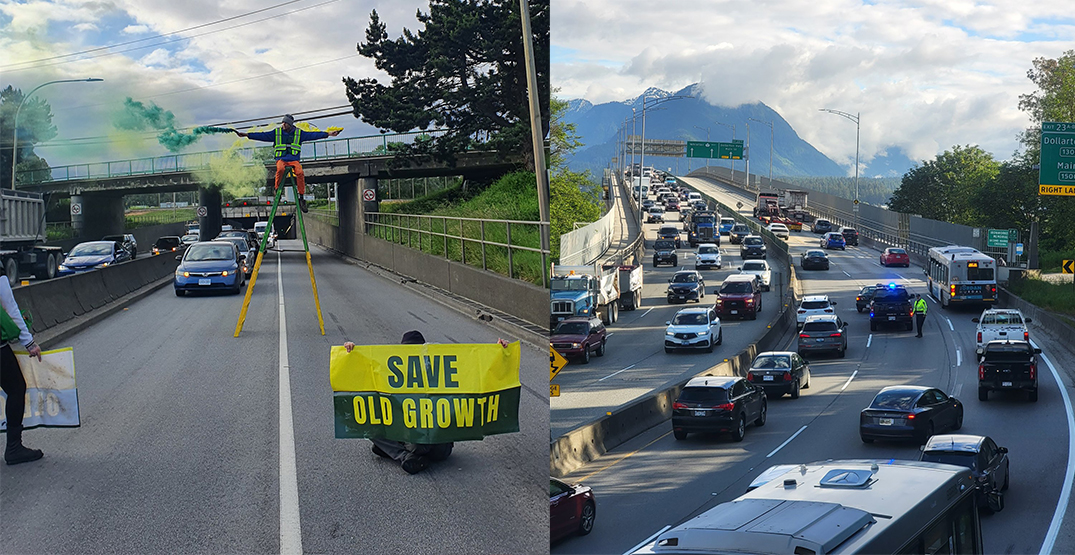 Southbound traffic and the northbound counterflow lane at the Massey Tunnel have been fully blocked, the BC Ministry of Transportation tweeted Monday morning.

At the Iron Workers Memorial Bridge, the westbound centre lane and left lane are partially blocked at the south end due to another unplanned protest.

Save Old Growth, the civil-resistance campaign that wants the BC government to put a ban on old growth logging, tweeted a shot of its demonstrators blocking Massey Tunnel this morning.

BREAKING – The Massey Tunnel, Vancouver has been blocked pic.twitter.com/IqlVMMLIYD

The group has been behind many demonstrations and protests over the past few months, including dumping a pile of fresh manure outside of BC Premier John Horgan’s office.