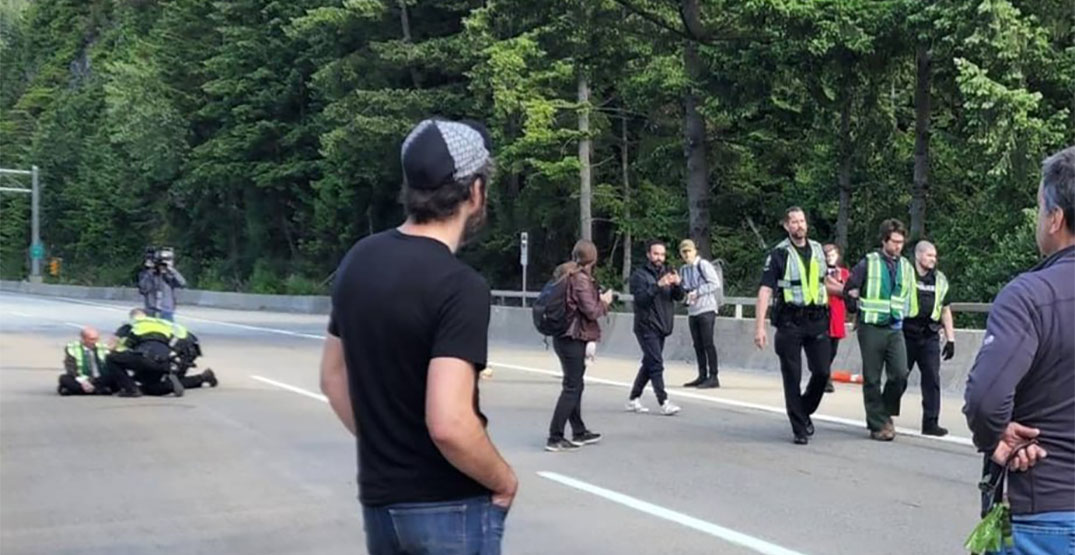 If you have a ferry to catch at Horseshoe Bay Tuesday, the drive to the terminal may be more difficult than usual.

Protesters with Save Old Growth are blocking the road leading to the terminal in an effort to convince the BC government to pass legislation halting logging of old growth trees in the province.

The demonstration began around 8 am, and Save Old Growth shared photos on social media of protesters sitting on the road. According to the group, several members were arrested.

Daily Hive has reached out to West Vancouver RCMP for comment.

Save Old Growth did not say how long the demonstration will last. On Monday, they blocked the Massey Tunnel and Ironworkers Memorial Bridge.

Last week, the group announced it would be staging disruptions of “critical infrastructure” in BC.