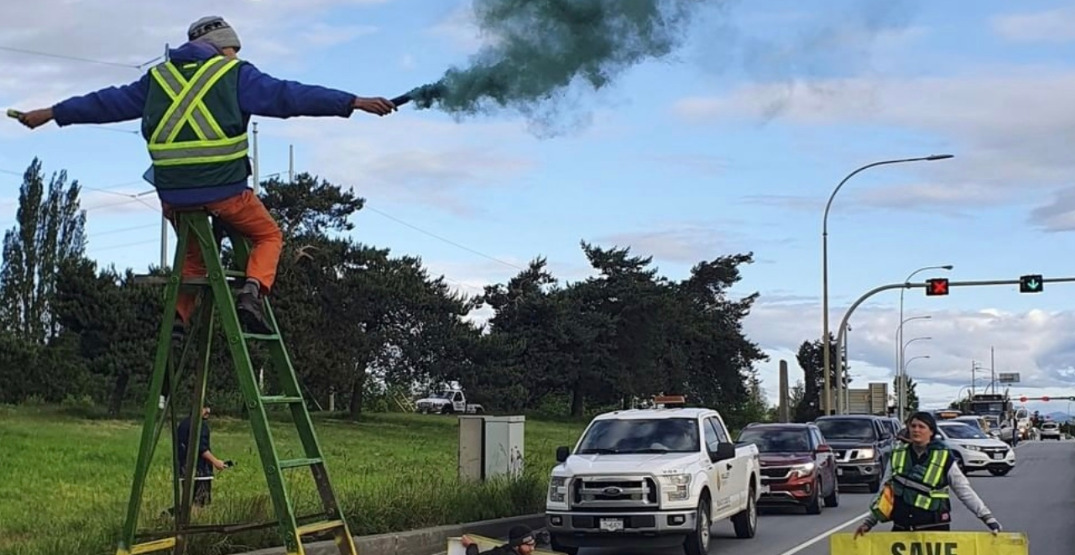 Climate activists disrupted traffic on The Iron Workers Memorial Bridge in Vancouver as well as the George Massey Tunnel in Richmond on Monday morning during rush hour traffic.

“While we support everyone’s right to lawfully assemble and peacefully express their views, the Vancouver Police Department will continue to work proactively to prevent illegal protests and allow people to safely move around the region,” said VPD Sergeant Steve Addison in a statement.

Richmond RCMP says that three people were arrested without incident, while the fourth individual was perched on a ladder.

“The individual on the ladder was determined to be breaching his conditions from a prior protest in a different jurisdiction,” said Richmond RCMP in a statement.

The protests are part of an ongoing campaign against the BC government and its failure to protect old-growth forests, according to the group Save Old Growth.

“Disruptions will continue every day until the BC government acts to protect its people and passes legislation to ban all old-growth logging across the province,” Save Old Growth said in a statement on Instagram.