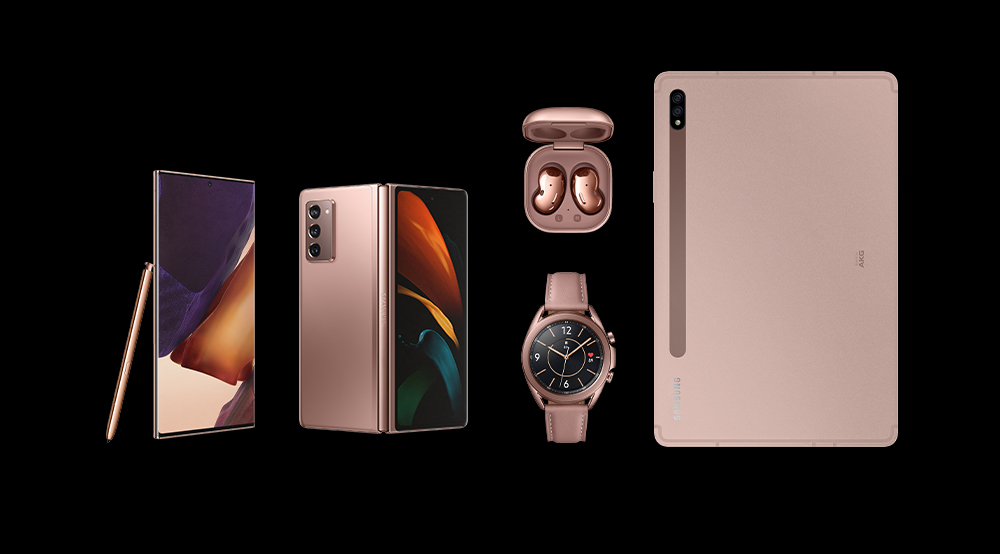 It was a big day for techies and Samsung fans, with a whole lot to unpack from Wednesday morning’s live-stream event.

Alongside its flagship Galaxy Note 20 series device reveals, Samsung took the time on Wednesday to give details about the rest of their Galaxy line-up of tech, and some of it is pretty juicy.

Riding the newly minted sleek appeal, the team at Samsung lifted the lid on the new Galaxy Buds Live wireless in-ear headphones, the updated Galaxy Tab s7, and the latest version of their wearable wrist-watch, the Galaxy Watch 3.

Here is everything you need to know about all of the other things announced during Wednesday’s event.

These stylish in-ear headphones are designed for everyday comfort and are even wearable in your sleep comfortably. The small, bean-like design sits in the ear without jutting out, and provides astoundingly clear audio, with integrated feeds from your surroundings to maintain awareness. 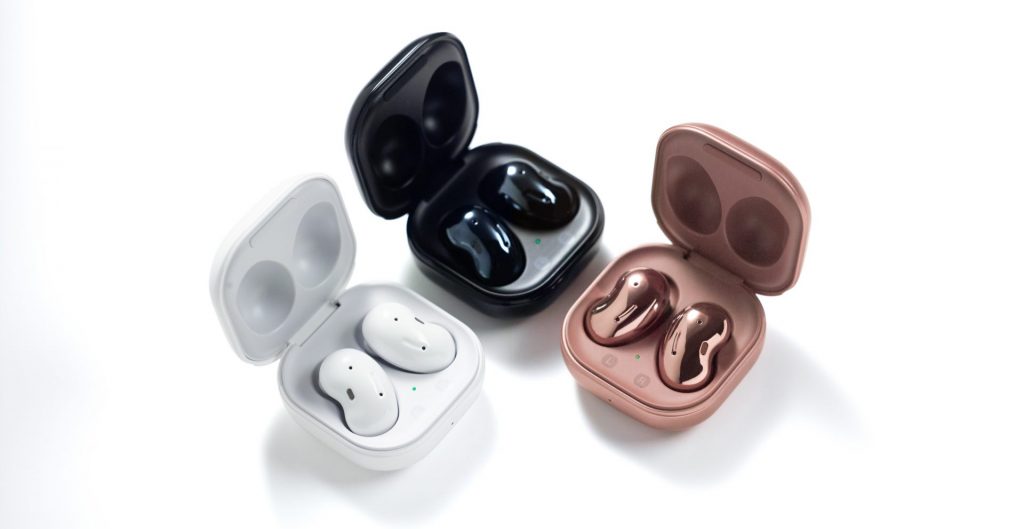 Moulded to perfect the live-listening headphone market, these AKG designed buds are compatible out of the box with Windows, Android, and iOS. Though, some features may only be vibrant and useful if you’re a user of the Galaxy family of products.

With a 12mm speaker and bass duct, you’re not going to believe the fidelity of audio these tiny buds can provide.

An air-vent meets with active noise reduction that makes for an unintrusive ability to hear the world around you as well as the music and audio you’re playing. That active noise cancelling reacts to the volume of your surroundings, ensuring that you hear both what you want and space you’re in, at the best balance. 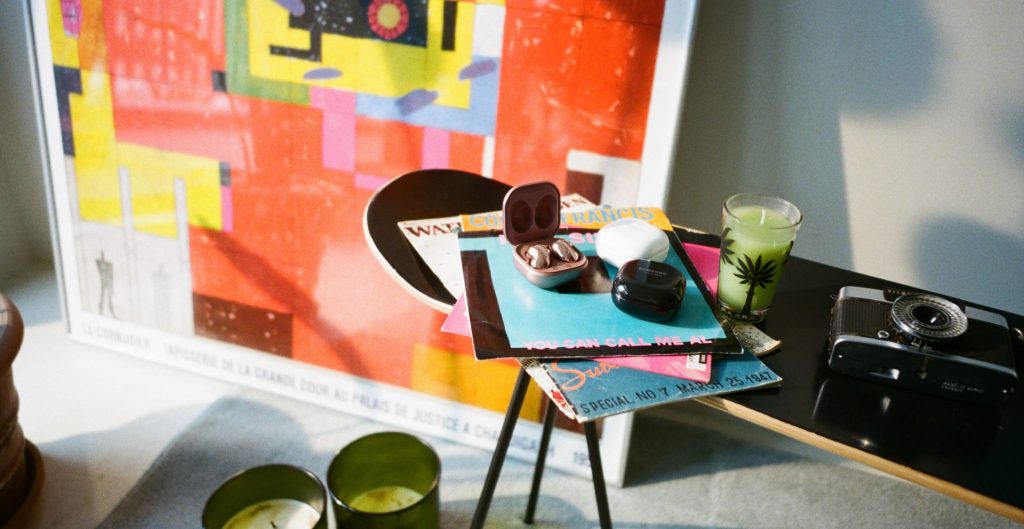 Added features like Buds Together allow one device to play to multiple pairs of Galaxy Buds, and doesn’t interrupt the guest listen-in when the main user takes a phone-call or receives a notification in their buds.

On a five minute charge, users will get one-hour of playtime, where a full charge will grant you up to 29 hours of play with charging case.

Online orders are available starting today, at $249.99 CAD, and will be in-store later in August. The Galaxy Buds Live come in Mystic White, Mystic Bronze, and Mystic Black, matching the colorways of other refreshed members of the Galaxy family.

The wonderful new generation of wearable, dubbed Galaxy Watch 3, is a tad smaller, and a bit thinner than previous models, but Samsung isn’t about to throw a huge wrench into their wearable department.

New and fresh ideas aren’t coming to the Galaxy Watch, because they have been doing well with the last few devices. It ain’t broke, so Samsung isn’t about to try and fix it. 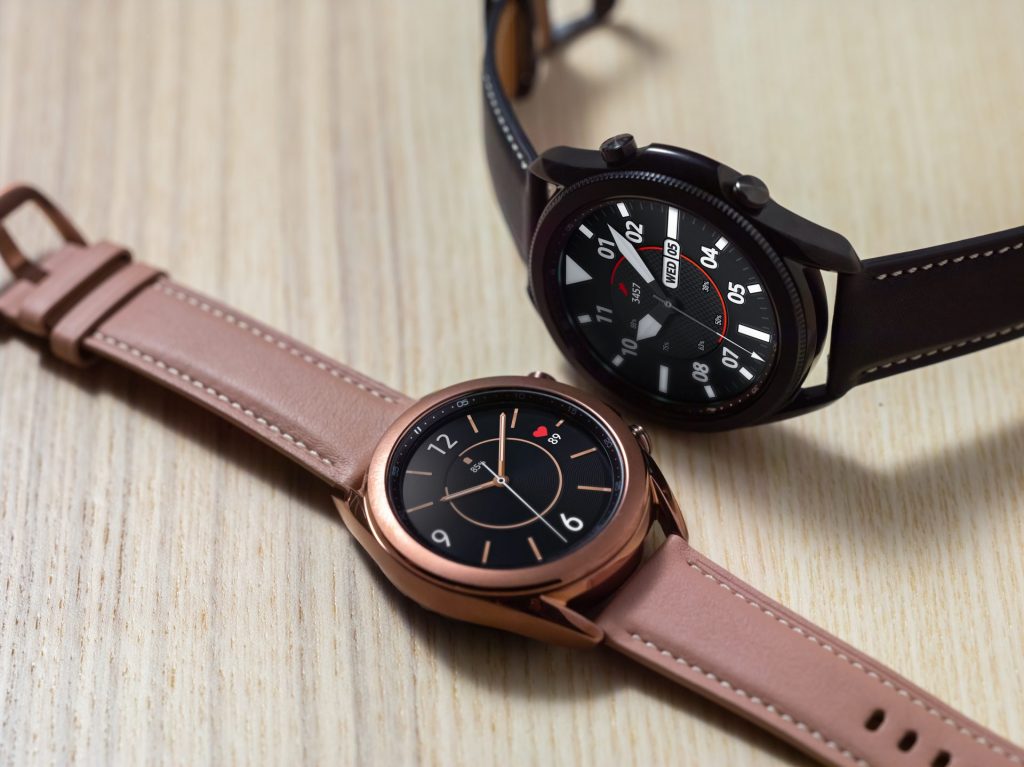 The updated Fit and Sleep watch apps sync with your phone and continue to provide essential tracking and data that Galaxy wearable fans have come to love. A bit more, and a lot sleeker, the newest version of the Galaxy Watch is the next evolution, without a whole lot to drop your jaw.

The new tab updates their Pen experience with lower latency, for a “lifelike” feel to writing or drawing, much like the new Note series of phones. Speaking of similarities in the ecosystem, the Samsung Galaxy Tab S7 and S7+ both come with Note auto-sync enabled, to take advantage of all those nice perks that make the flagship mobile devices poignant.

The Snapdragon 865+ from the Note 20 line-up is also included in the updated Samsung tablet, and the Tab s7 and s7+ feature a multi-window productivity display which lets users have three apps on-screen at once.

An all-new keyboard brings to life the 120hz display and features a touch-pad, a Microsoft Surface-like kick-stand with magnetic detachment. The two versions, Galaxy Tab S7 and S7+ come with a beautiful screen, at 11-inches and 12.4-inches respectively.

Samsung’s Galaxy Tab s7 has an 8000mAh battery, while the S7+ has just a bit more juice at 10,000mAh. Like the Note 20 series, the Tab S7 and S7+ come ready to handle the Xbox xCloud video game streaming service when it launches later this year.

Coming in Mystic Bronze, Mystic Black, and Mystic Silver, the standard Tab S7 will begin at $920 CAD, while the Tab S7+ will start pricing at $1190 CAD.

Little time was spent on the Z Fold2, and Samsung has a lot to prove with the sustainability and integrity of their foldable smartphone line-up, so expect some more information regarding the updated design soon.

For more information on all that was announced during today’s Samsung Unpacked event, check out the big round-up on the Samsung blog.