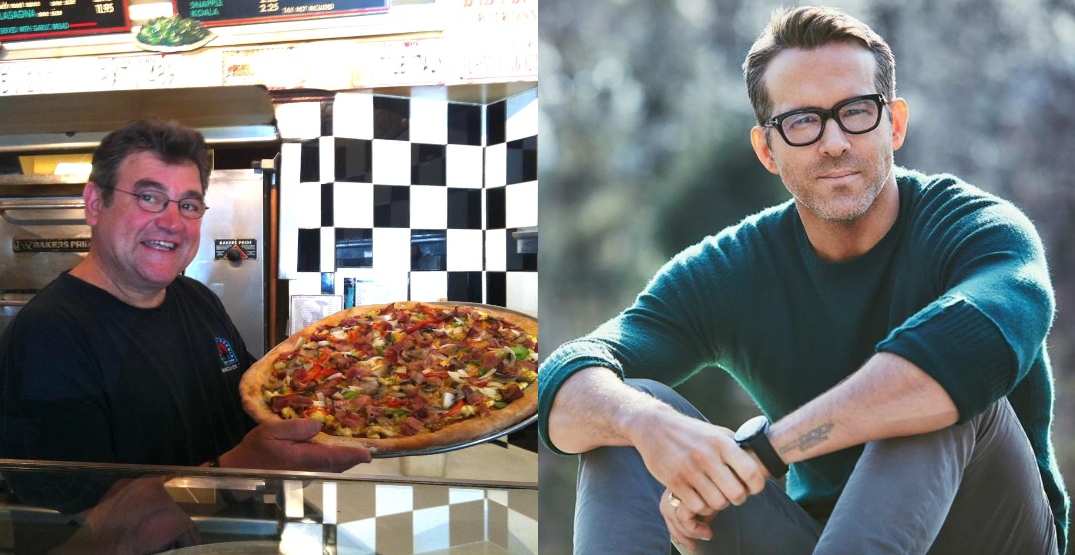 Ryan Reynolds hasn’t forgotten where he came from.

That’s evident with his social media handles, going by @VancityReynolds. It’s also evident from his actions.

On Friday, the Vancouver actor gave an inspiring speech for graduating students from his former high school, Kitsilano Secondary.

Among other things, Reynolds advised students to “practice some form of compassion every day.”

But he also came bearing gifts.

Before the end of the near-five-minute-long video, these words flashed on the screen: “Oh, and I miss Nat’s Pizzeria. Every grad gets one large pizza on me… Good luck everybody.”

Nat Bastone, who has owned Nat’s New York Pizzeria with his cousin Franco since it first opened on West Broadway in 1992, said in an interview Daily Hive that Reynolds told him about his plan on Thursday.

The Hollywood star is no stranger to Nat’s, beginning as a regular during high school.

Bastone says business has been ok of late, though the influx of business courtesy of Reynolds — a loyal customer since the early 1990s — will help. Kits is not a small school, so this is not a small order.

Reynolds is buying a large pizza for each of Kitsilano’s 385 grade 12 students — which will likely work out to being approximately a $10,000 order. Students will receive details on how to redeem their free pizza through the school, and they’ll be encouraged to show up at different times to ensure physical distancing.

Then there’s the free advertisement the pizza shop has received. Nat described Friday as “pretty overwhelming,” as a media frenzy of sorts inundated the shop.

“I texted [Reynolds]. I said ‘holy shit, it’s going off!’ He texted me back and just said ‘haha.’ He thought it was funny,” Bastone said. “He just wants us to continue to stay in business.”

“Basically he thinks about his past and acknowledges what he remembers were good times,” said Bastone.

A short walk from his old high school, the Kits institution is still a favourite of Reynolds.

“They would just hang out and have pizza just like teenagers would,” Bastone said of a teenaged Reynolds and his friends back in the early 90s.

Reynolds still frequents the establishment when he’s in town, Bastone says, recalling that the actor once ordered 32 pizzas at one time during the filming of Deadpool.

“Shoutout to him for doing a good deed,” Bastone said of Reynolds’ message to students. “You don’t have to be rich to do a good deed.”