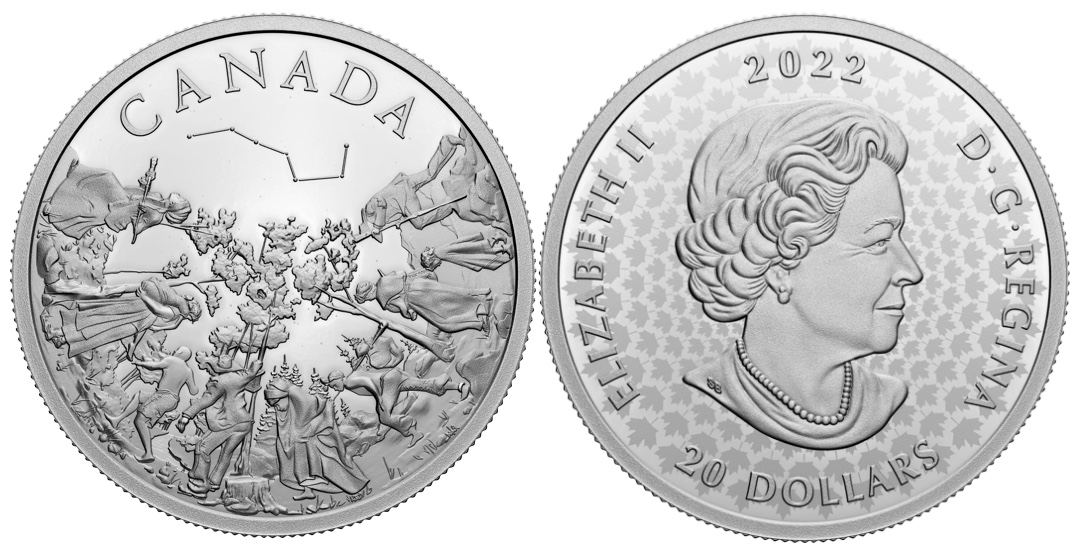 The coin was designed by Toronto artist Kwame Delfish. The silver collector coin shows the human side of the Underground Railway, honouring the people who risked everything to find freedom.

The Underground Railroad was a network of secret safe houses and pathways that enslaved people of African descent used to make their way north in search of freedom. Tens of thousands of people used the network to come to Canada, helped along the way by abolitionists.

It was a treacherous journey, with much of the travelling done on foot during the night. They risked capture every step of the way. Some 30,000 to 40,000 enslaved people came to Canada through the Underground Railroad network.

“This coin is meant to honour and pay homage to the ancestral slaves that escaped to the North in search of freedom,” said Kwame Delfish in a press release.  “Many did not get to complete the journey and faced the same (if not more) hardships than what they left behind. The ones that made it built their legacies and shaped the mosaic that Canada is today. My hope is that their strength and courage is illustrated on this coin, and that I have sung their gospel.”

Only 5,550 silver collector coins will be minted. They will be sold for $99.95 and can be ordered here beginning February 1.