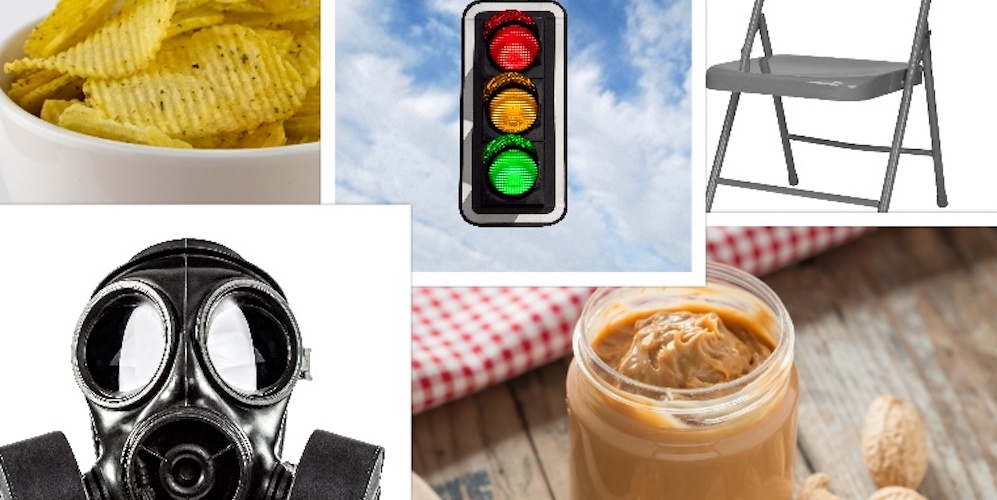 It’s difficult to imagine a world without the many inventions by Black People.

This Black History Month, we’ve highlighted over 100 inventions that the world would not have if it weren’t for Black inventors.

In 1885, Sarah Goode became the first Black woman to receive a US patent. She moved to Chicago and opened a furniture store. It was there she came up with an industry changing idea that brought more urban residents with limited space into her store.

George Crum was working as a chef at a resort in New York. A customer sent his dish of french fries back to the kitchen, claiming that they weren’t good. In an irritated fit, Crum cut the potatoes as thinly as possible, fried them until they were burnt crisps, and threw a generous handful of salt on top. Thus, the chip was born.

Garrett Morgan developed what he called the safety hood after noticing how many firefighters were killed by smoke on the job. The hood, which went over the head, featured tubes connected to wet sponges that filtered out smoke and provided fresh oxygen.

Philip B. Downing created a mailbox design that featured an outer door and an inner safety door to avoid parcels being stolen. This safety device allowed mailboxes to be set up everywhere.

Charles Richard Drew became interested in researching the preservation of blood when he was studying at Columbia University. Drew discovered a method of separating red blood cells from plasma and then storing the two components separately. This new process allowed blood to be stored for more than a week, which was the maximum at that time. Drew documented these findings in a paper that led to the first blood bank.

In the late 19th century, the ironing board was improved by Sarah Boone. One of the first Black women in U.S. history to receive a patent, she created a narrower and curved design, making it easier to iron garments. Boone’s design morphed into the modern board that we use today.

African American nurse Mary Van Brittan Brown, devised an early security unit for her own home. She and her husband took out a patent for the system in the same year, and they were awarded the patent three years later, in 1969. Home security systems commonly used today took various elements from her design.

Garrett Morgan was the first Black person in Cleveland, Ohio, to own a car. After he witnessed a severe car accident at an intersection in the city, he expanded on the current traffic light by adding a “yield” component, warning oncoming drivers of an impending stop.

Frederick McKinley Jones created a roof-mounted cooling system that was used to refrigerate goods on trucks during extended transportation in the mid-1930s. He received a patent for his invention in 1940 and co-founded the US Thermo Control Company, later known as Thermo King.

Alexander Miles took out a patent in 1887 for a mechanism that automatically opens and closes elevator shaft doors. His designs are largely reflected in elevators used today.

You can thank Mark Dean for co-inventing the color monitor. Without his invention, we’d still be typing in a colorless interweb.

Summer just wouldn’t be the same without Lonnie Johnson’s invention. Johnson was an Aerospace Engineer for NASA who’ happened to invent the popular children’s toy.

Mary Davidson invented both the tissue holder while disabled from multiple sclerosis.

Everyone and their dog can thank George Washington Carver for the invention of peanut butter.

Patricia Bath, an ophthalmologist and laser scientist, invented a device and technique used to remove cataracts and revive patients’ eyesight.

Thanks to Lloyd P. Ray, we can sweep things out from under the rug.

John Purdy created the folding chair, which is used in picnics and school graduations everywhere.

Golf was a totally different sport before Dr. George Grant came along.

This invention by Joseph A. Smith helped dads everywhere keep their grass green while allowing kids a fun toy to jump around in.

Thank Thomas Elkins for your porcelain throne. Without Elkins, your bathroom breaks certainly wouldn’t be as comfortable.

Thomas W. Stewart created the mop, which helps to ease the backbreaking labor.

William Dorsey Swann is highly regarded as the first drag queen in the US.

Dapper Dan took the logos of designer brands and used them for apparel, furniture, and more.

According to the Black Inventors Museum, all of these were also created by Black inventors: